Peculiarities of Interpretation in Intercultural Communication 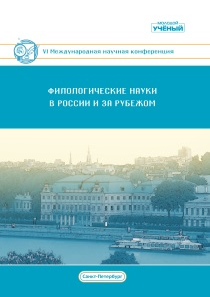 In this article the author presents a significant role of an interpreter in cross-cultural communication. As well as provides some data about the specific features needed in the profession of an interpreter.

These days globalization is a process of world-wide integration of the political, economic, cultural and religious spheres. It is impossible to deny that the development of internationalization entails a number of problems associated with the formation of the cultural solidity of the world.

The dialogue of cultures brings us to the need to revise intercultural interconnection and individual cultural identity based on the principle of ideas of tolerance, an adequate understanding of cultural differences, which is the key to effective relationship and mutual understanding between representatives of a particular culture.

With the development of the theory of interpretation as a scientific discipline, it became obvious that a deep knowledge of a foreign language and culture of the country he or she is studying is important for a professional interpreter, as well as a philological knowledge based on the study of the native language. No-one would argue that a good interpreter must understand the peculiarities of the structure of the language, the logic of the interaction of its elements and parts, so that it is possible to demonstrate a foreign language with the native in all their diversity. As for the problems faced by interpreters, one of the main difficulties is that carriers of different languages often do not have the same notion as how to perceive ideas of others and what is not acceptable to say.

Starting from the definition of lexical correspondences between the source language and the language of interpretation, translation studies followed the path of understanding the interpretation process as a multidimensional phenomenon, which matches not only linguistic forms, but also the linguistic vision of the world and the communication situation along with a wide range of non-linguistic factors. Thus, the creative personality of the translator plays a momentous role in this process.

For instance, the Japanese term “ikebana” previously was interpreted and understood by people far from Japanese culture as “bouquet”. Only having become acquainted with the national characteristics of the culture of Japan, the interpreters became able to give people a deeper meaning of this word which is not just a bouquet, but an art in bouquet design, more precisely, a philosophy based on the traditional Japanese notion of the world, where the shape and color of the plant carry a special significance. Thereby, only a more proper interpretation of this phenomenon by the interpreters made it possible to realize the new layer of the culture of Japan, as well as the essence of the national character of the Japanese.

When we talk about the interpretation process, we mean not only the transformation of a speech into another language, but also the psychophysiological process that takes place in the brain of the interpreter during his work. The ability to find an individual approach basing on the knowledge about the culture, which cannot be provided by any theory of the translation of conformity is exactly the creative nature of translation activity. However, without mastering the theory of interpretation, neither the communicative function nor the adequacy of the translation will be ensured.

It is well known that the main task of an interpreter is the most complete transfer of the content of the original, while, as a rule, the actual commonality between the content of the source language and the language of the interpretation is significant. When realizing this task, one should primarily distinguish between the potentially achievable equivalence, which means the maximum commonality of the content of two multilingual texts allowed by the differences in the languages in which they are created, and translation equivalence, that is the real semantic closeness of the original texts and the translation achieved by the translator in the interpretation process.

It is certainly true that one of the most important features of the interpreter is the individual character of the professional activity. As a matter of fact, in the process of interpretation activity, numerous intellectual problems may constantly arise, which challenge a professional and lead to stressful situations. A true professional, having ample data about the interpretation process, should be able to correctly determine the complexity of the problems and find an appropriate way to tackle them.

In this regard, the behavior of an interpreter during work is also specific: he/she must feel the audience’s attitude to what he/she says, but at the same time must not be in the image of the one he translates. Thus, the activity of an interpreter can be viewed as a communicative act (transformation of objects and structures of one language into objects and structures of another according to certain rules), in which the interpreter acts as an intermediary with a deep knowledge of the language (both foreign and native) culture and traditions of the country of the carrier of the language.

And the activity of interpreters is, indeed, important in the process of intercultural communication, as the success of the communicative act itself often depends on its quality, it can be regarded as an invisible tool in regulating international relations at the political, cultural and economic levels.

Communication, regardless of its type, is possible between representatives of the same culture and language or different. In the case of intercultural communication, many more problems arise as people with different cultural experiences communicate. Each participant can interpret the speech of the other according to their cultural customs and expectations. And if there is a significant difference between the cultural habits of those who communicate, misunderstanding will definitely disrupt communication.

Intercultural (or cross-cultural) communication is the subject of investigation of science, which examines how people with different cultural backgrounds communicate and how they behave in this kind of communication.

Here interpretation plays not only linguistic, but also a cultural role of communication. The interpretation process embraces two aspects — language and culture, which are, by all means, inseparable. Language and culture are interrelated: a language expresses cultural reality and hence, gives it shape. Thus, the meaning of the linguistic element can only be comprehensible in consistency with its cultural context.

All in all, as seen in this article, the problem of study reveals that an interpreter plays a role of a linguistic mediator, whose duty is assisting the two sides in figuring out what they want to say to each other. Thus, the interpreter’s awareness of other national-specific and ethno-psychological norms and rules of communication determines mutual understanding and effectiveness intercourse, which in turn, contributes to a more rapid adaptation of the linguistic personality to a different cultural environment and allows to see with the eyes of their partner, therefore, understand their feelings, sensations and thoughts.