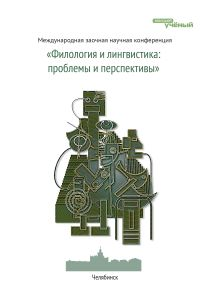 Cross cultural communication competence generation is not possible without knowing language/languages, successful communicative activities experience, and reflection development (ability to analyze situation and activity in situation, motivation of personal actions and actions of partners), which can be formed at foreign language classes with the help of different techniques directed at their development.

Developed speech allows thinking about developed linguistic thought. That is why teachers actively use means of oral and written speech development. Role play is one of the ways to develop oral dialogue speech at foreign language classes.

Role play is a form of dramatic action, where participants act according to frames of roles they chose keeping in minds nature of their roles and inner logics of surroundings, environment and circumstances of the action; participants create a plot or follow existing plot together. Activity of participants is thought to be successful or not depending on the adopted rules of the activity. Participants can freely improvise within the borders of the rules they chose, choosing the direction and result (outcome) of the play.

Thus, the process of the play is represented by modeling situations by groups of people. Each of them behaves as s/he wants playing for his/her hero.

The action of the role play happens in the world of play. It can look differently thus defining the flow of play. The plot offered by the master of play and the environment described by him makes the base of role play. The world can be fully imaginary and be based on some art composition (book, film or play). Achieving target is not necessary the main idea of the role play and some role plays do without it.

Business role plays are frequently used in professional education by modeling vital situations, i.e. work in collective. In this case participants act as representatives of different professions and posts. Problematic and not standard conditions of dialogues make participants use creativity in problem solving and actively use their potential thus, developing their linguistic thought. The main task of a teacher is to teach learners to correctly understand and follow instructions, to cooperate with people from group using oral speech.

So, first year students studying Environmental protection can play out a scene from a TV program where the class is divided into representatives of different organizations, e.g. Environmental protection society and Oil Company to fixate lexical material and form dialogue skills within the program. Raising a problem, e.g. preventing pollution or using ways of reducing waste will allow using creativity in problem solving and use vocabulary and grammar, thus, influencing linguistic thought development. Second year students studying Engineering can apply business role play which provides replica and opinion exchange using techniques of reassuring, argumentation (e.g. in applying for a job).

Senior students, who study professional language and are able to speak a foreign language fluently, can have a forum with a given problem (e.g. alternative energy sources), strict rules and roles for each participant. The main requirement here is argumentation for reflective skills development.

Means of written speech development are also considered as written work focusing on reflective skills development (ability to analyze a situation and activity in situation) which is based on dealing with professional (authentic) texts with extraction of information and further application of it for writing articles, annotations, making presentations etc.

Written speech is an important kind of speech. Business communication includes writing for getting and sharing information.

There are different forms of writing which provide development of writing skills.

Written forms are divided into simple and complicated according to level of acquired knowledge.

Simple forms usually done by elementary level students are represented with filling in different forms, substitution of words, writing informal letters and formal ones (such as application, complaint etc.).

Further development of writing skills involves reflection development (ability to analyze a situation and activity in situation) which is based on authentic texts and further extraction of information for writing a composition, articles, making presentations, etc.

All the activities stated above are needed for developing linguistic thought which is necessary for cross cultural communication competence defined as integrative personal resource providing successful communication activity.

Representatives of different specialities use both oral and written means of communication for planning work, coordinating efforts, checking and estimating results, getting and sharing information, and, finally, for influencing someone’s opinion to change attitude towards a fact or phenomenon.

Consequently, training of skilled and competent specialists is impossible without linguistic thought development.

To speak languages fluently is to use languages to express opinion orally or in written not thinking a lot of what you are going to say and to fully understand other people. Full understanding enables to create scientific mentality, improves overall and speech culture and is also a general condition for valuable communication for linguistic thought development.