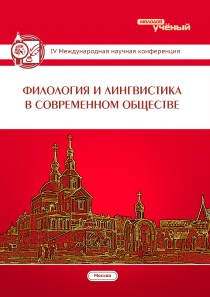 Love is a sense which describes human’s maturity and life, a sense which goes together with his dreams harmoniously. It has so many definitions and each of its characterization sings about life wholly, it can plan its next development.

Each poet, firstly, is a creator that sings about love. Love can be devoted to mother country, to mother, to beloved sweetheart and also can be devoted to the God, this love is named “divine love”. Navaiy in his work “Makhbub ul kulub” counted kinds of love and we can see that two of them are about divine love. We can bring information of Khilola Safarova as example to proof our words: “In “Kissasi Rabguziy” main heroes are Khazrat Yakub, Yusuf and Zulaykho. Together with them there can be encounter about ninety historical names. All these names linked on the basis of cause to the God. It is the love” [1,120].

In three great geniuses’ works this topic takes possession of the main part. In poem “Leyli and Medjnun” one of such kinds of image is appearance of Kays.

Medjnun is a prominent person who has not mercy even for himself. He is a cup — bearer who aggrandizes God’s love from other things and who raises a cup full of love with exciting. Why we are coming to such kind of conclusion? Because there are some principles. We will talk about it later.

Nizamiy in his work recited about one person’s donating his property for one greediness from the world- for a child to the widow, the poor, the orphans who was a sultan of people (Omar people) who live in Saudi Arabia:

Poet while bringing these words in his creativity said that God gave to these people’s “cypress” roots from each sides, but unfulfilled wish of “young growth” burnt his body as fire. Even if he hopefully donated thousand purses, he burnt in one moon’s flame, even if he sowed a suman (flower), the world which rounded on the contrary never did a favor to him,

Alisher Navaiy described this event in his work like this:

The patriarch not having quite sufficient from his quickly passed life, worried about not having a child.

Navaiy while talking about Medjnun’s father described a person with his interior feelings whose life clothes become obsolete, life tree was going to be destroyed, who wanted to stay in his side young fruiter growth looked like cypress. If high tree moves from its bottom feels that there is a young growth that embowers if there is a pearl from disappeared mother-of-pearl its tribe shine from that pearl. Navaiy in contrast his salaf (teacher) Nizamiy, Navaiy described father of Medjnun more prominent and generous, in the same time described him as a ordinary person. As Navaiy described, his is the owner of patience.

Fuzuliy carried this event as reflected in the following:

As it was said that childless man is a talaf (a man who disappeared), the patriarch of the clan Omar was childless. He gave donation to the poor and widows. The long awaited day has come. Allah gave a long — awaited child to the parents. After a lot of gifts and donations there was a very strange one seedling in the garden of life. Poet while explaining this long awaited “demand” emphasized that any type of dreams will come true, in human fortune there are such texts written in pencil and even in difficult time a person must hope.

Nizamiy Gandjaviy while expressing father’s distress, he wrote that he without stopping demanded for a child from the God and one day:

It is said that while looking for purpose think about it, Navaiy said if you couldn’t achieve that be patient:

After this appeared long awaited glimmers of hope:

While reading the poem of Fuzuliy, we will see that poet pointing out this child’s sex, brought such verses:

In the second verse poet brought definition “muzakkaru muzakko”. It means pure very clean male sex. And so, there was born a child from the pure, very clean male gender, he was capable and able to everything as Khurshid, he was from family prominent peoples as Jesus.

From his born, child wailed knowing his condition:

In this place, poet while giving an account of child’s having a sensation existence’s torture from his youth time, feels that every disciple who loves God meets with difficulties from coming soul to his body and for this soul body is a cage, obstacle that prevents from pure sympathy.

Besides that poet pointing to the every birth servant who drank raw milk tend to sinning, brought this verse:

Poet wanted to point to this sing in the Quran “Bismillakhir Rakhmanir Rakhiym” (with the name of the great Allah). In this day we will seal their mouths and their hands, words and legs will witness about their works which they used to do” (verse 65 of Surah Yassin) [5,401].

Poet pointed after entering spirit to the barrier of soul, beloved must be patient and restrain himself from sinning. Turns to the torture world which made a gift him this “barrier”:

Now Medjnun knows that there is much sorrow in the world. He feels that there is not any thing’s beginning without distressing and pointed to the intention of being disciple of Allah facing to the world(There is a wish to have a letter which forms the basis of God’s name), asked for putting sorrow into his soul as much he had. Navaiy described baby Kays like this:

Young as pomegranate flower, a thousand times beautiful and unique, bright lighting pearl, an amusement that unburdens one’s heart day and night in the house. He is not only heir, but also tribe of aspiration of the people of love. If birth of love is from a human drops, that substance is the love pearl of the meaning of mother-of-pearl. This drop is hidden precious silver of body treasure, hidden light breeze of soul’s flower garden.

Love’s sing glitters in his cheeks, decrees of faithfulness appeared in his face. The king of love passed a resolution from earth to sky to celebrate decorating till firmament joyfully.

Seeking for Allah blessedness Kays saw Layli as a his mazkhar and fall in love with her. As Keykovus said, cure of love is always carrying heavy load, travelling for time and because of his holding himself in sadness he was madly in love with her.After this Kays abandoned from people. Forgetting the favors of the world, Kays abandoned from other people because of love. Kays goes to her tribe to see Layli (it is reflected in both poets’ work).

In both situations after being refused Kays, sank into the sea of sorrow.

Nizamiy while describing this situation of Kays, firstly gave a conclusion about the pain of first love.

Kays for the cure from the pain of word, he agreed even to be eaten his body scandalously by the dogs. Because there is no more separation and suffering than living without sweetheart for him. Suffered such pain and suffering Medjnun turned away from society and faced towards wilderness. In case the father for finding a cure to his sorrow carried him to the hajj. They thought that they would save their “tree of life” from drying and they thought hopefully that he would recover from this suffering.

But these attempts failed. It was clear that Kays would ask for maturity in love, because his love was hope for God’s beauty. This situation is reflected in three genius creators’ creativity like this. In Nizomiy’s work:

Alisher Navai in his work:

In Fuzuli’s work this event was reflected like this:

We can bring for conclusion followings:

Firstly, we can see originality of Navaiy from father’s distress who waiting for a child.

Secondly, in Nizomiy’s work if there were visible charisma’s sparks in Medjnun’s love, in Navaiy’s creativity it will reach the level of ideals.

Thirdly, if Medjnun’s request in Ka’ba content culmination of the epic Nizamiy, in Navaiy’s poem it represents the highest peaks of the level of pophos. In Fuzuliy’s work it has become one of the most beautiful examples of the unique image of love.

In general, through the image of Medjnun every three creators described their aesthetic ideals which are complete person with rare virtue of their era, the owner of unique heart whose soul was a place of love devoted to Allah in a specific way.