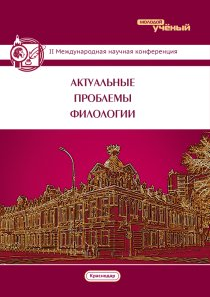 This article focuses on the different ways of using and recognizing symbols in literature. However, not all symbols have identifiable meanings and understood. Poets can use even conventional symbols in special contexts that force readers to reconsider or abandon traditional meanings. This is described with much details and examples and at the end of each case there is given the concluding opinion of the author.

A symbol is something that represents something else by convention, habit, resemblance, or association. Symbols in literature have specific referents.

The word “symbol” is derived from the Greeck symbolean and was originally political and not literary. Symbolean described a group of words that made up a treaty or a contract. The problem was that each of the contractees attached different ideas to the words they agreed to approve. Inasmuch as the symbols a writer uses may mean different things to different people, the problem of understanding symbols still exists. But they are, as D. H. Lawrence defines them, “organic units of consciousness with a life of their own, and you can never explain them away, because their value is dynamic, emotional, belonging to the sense-consciousness of the body and soul, and not simply mental. An allegorical image hes meaning.”

Perhaps we can simplify the definition to correspond with the one in the first paragraph of this section: symbolism can be defined as the representation of a reality on one level of reference by a corresponding reality on another. “It is eaiser,” Plato wrote, “ to say what a thing is like than what it is”, so we think of someone “running like the wind”, which is only to say, very fast.

There are times when the major symbol of a story may be found in the title, which may also supply the theme. We recognize the symbols by the position of importance they hold in a story, and by their frequent recurrence, either in the marrative or in dialogue. The author intends for the research to understand the symbols he or she uses, for they may be the clue to understanding the story itself.

We all understand certain common symbols-rainbows, daybreak, a cross, a flag, and others-by symbols are drawn from nearly every field of human endeavor and have come into literary use from many sources and at different times. The lotus flower, for example, may symbolize perfect form or perfect stateof being to Asian readers, but not necessarily to British readers. Steel may symbolize automobiles to a reader in Detroit, but may symbolize an ax to a reader in cenral Africa.

In addition to the widely understood symbols, there cultural, national, religious, and psychological symbols. Whatever the origin of a symbol, if it finds its way into the English language, it enriches literature and, naturally, extends the number and kinds of symbols that can be used.

Jean Toomer’s Cane (1923) explored symbolism through the dream of a character, Esther:

Another dream comes.There is no fire department. There are no heroic men. The fire starts. The lofers on the corner form a circle, chew their tobacco faster, and squirt juice just as fast as they can chew. Gallons on top of gallons they squirt upon the flames. The air reeks with the stench of scorched tobacco jiuce. Women, fat, chunkyNegro women, lean scrawny white women, pull their skirts up above their heads and display the most ludicrous underclothes. The women scoot in all directions from the danger zone. She alone is left to take the baby in her arms. But what a baby! Black, singed, woolly, tobacco-juice baby-ugly as sin. once held to her breast, miraculous thing: its breath is sweet and its lips can nibble. She loves it frantically.

The symbols here have to do with sex, race and desire; they also relate to Esther’s madness. We have only to think of the language Toomer has used: fire (and there is no fire department to quench the flames); the men forming a circle chewing tobacco so they can squirt juic, (brown) tobacco juice, scorched tobacco juice, tobacco-juice baby; the women rising their dresses, but only Esther is left to take (bear) the baby, which is transformed because the alone is capable creating that transformation.

The conscious infusion of psychological symbols was taking place at the time Toomer was writing, but it is important to remember that symbolism is not meant intimidate to reader; rather it is used to add depth to the story and theme.

Allegory, related to symbolism, while often used in a religious context, is a representation of things or ideas that themselves hold deeper meaning. The story of Prometheus is an example of allegory. Metaphor, another relative of symbolism, is a figure of speech in which one thing is substituted for another. hamlet, is considering whether or not “To take up arms against a sea of troubles”, utters a Shakesperaen metaphor.

The stories in this section (as in many others) provide symbols in their titles. In each, the dominant symbolis used effectively to convey several meanings, all of which relateto the theme. Although symbolism is the literary toll most under discussion here, note also the presence of irony, tone, and mood, the uses of plot, point of view, character, subject and theme. When symbols do exit (and Flannery O’Conner was on eof many writers who warned against our tendency to “strain the soup too him” by hunting for symbols everywhere), they add yet another dimensionto the technically complex world of short fiction.

We know that symbol may defined as something that stands for other than what it is. For example, the plumbing in Kay Boyle’s “Astronomer’s Wife” means more than what it literary is; it stands for the earthy, sensous part of the main character’s personality. In a similar way, symbolism in a poetry radiates beyond the thing toward other levels and varities of meaning. Often a symbol in a poetrymay be readily undestood because it has become a part of common cultural knowledge: a cross symbolizes Christ; a rose, beauty; an Americn flag, patriotism. Yet symbolism in poetry also can be complex and demanding, forcing us to use our best critical faculties to discuss broader menings in objects, persons, conditions, and things.

With a conventional poetic symbol or with symbolism that we can easily understand we readily detect highly charged meaning in an image. This rich suggestiveness, pointing toward added meaning or value in a word, reflects the connotative power of language –the ability of words to mean more than they denote. Yet the importance of a conventional symbol is that it has a similar effect on all of us. The conventional symbol is like a sign pointing directly from the object to something else that is clearly suggest. The rose has functioned traditionally in this manner, as in Robert Burn’s “A Red, Red Rose” or the following well-known poem, “Song” by Edmund Waller:

Tell her that wastes her time and me

That now she knows.

When I resemble her to thee.

How sweet and fair she seems to be.

And shuns to have her graces spied

That hadst thou sprung

In deserts, where no men abide.

Thou must have uncommended died.

Small is the worth

Of beauty from the light retired:

Bid her come forth.

Suffer herself to be desired.

And not blush so to be admired.

Then die! that she

The common fate of all things rare

May read in thee:

That are so wondrous sweet and fair!

Here the fragile and transitory beauty of the rose is likened by the speaker to his beloved’s beauty: and Waller apostrophizes the flower in order to advance a conventional thesis that his own rose, his beloved, should “suffer herself to be desired” before her “rare” beauty fades.

Not all symbols, however, have meanings so readily identifiable and understood. For one thing, poets can use even conventional symbols in special contexts that force us to reconsider or abandon traditional meanings. William Blake, especially, has a penchant for altering traditional symbolic meanings. In “The Sick Rose”, he offers a strikingly new symbolic context for this much-used flower:

That flies in the night

In the howling storm

Has found out thy bed

And his dark secret love

Does thy life destroy

Why is the rose sick? And who or what is the “invisible worm?” In this poem we are forced to mediate between two major symbols in order to arrive at any interpretation. Nevertheless, it is the overall context of the poem that permits us to fix symbolic meaning. The rose –which might symbolize love, beauty, innocence, sexual purity, or this entire constellation of ideas is being attacked by the destructive agent or force symbolized by the worm. Violation, notably of a sexual nature, is the normative or standard context, forcing us to read the poem in a despairing, potentially tragic way.

Even when there is a range of meaning associated with a symbol, we can usually set this range and work within it in order to understand the poem.

Another problem involved in understanding poetic symbolism is that it often overlaps with or is reinforced by imagery, metaphors, and allusions. An image, for instance can be repeated in a poem, forming a pattern if persistent symbolic meaning. The following poem by Emily Dickinson reflects the way in which image, metaphor, and symbolism blend within each other:

“Thas warm –at first-like Us-

Until there crept upon

Till all the scene –be gone.

The Fingers grew too cold

It crowded Cold to Cold-_

As Pride were all it could-

And even when with Cords-

It made no Signal, nor demurred,

In this remarkable tracing of the process whereby death encroaches upon life, Dickinson employs images of coldness and rocklike hardness to suggest death, reinforcing the image with metaphorical language. Yet it might be argued that the degree to which Dickinson stresses these qualities forces us to interpret the images symbolically. She is, of course, speaking very literally as well, but the importance that she invests in a particular portion of imagery makes us suspect that Dickinson also wants the poem to possess symbolic power.

When dealing with the most common and obvious poetic symbols or the most unusual and complex, we must prepared to explain and assess a symbol’s contribution to the richness of meaning in a poem. In these fine examples of the way in which poets employ symbolism and technical resources to vary and complex meaning.