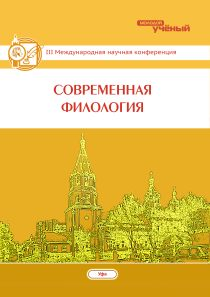 In historical literature of the East the relationship of God and the universe is described. The correlated themes are depicted in many works (seasons, four negative phenomena, the nine planets, 12 constellations). In all of this rich spiritual and literary endeavor a work " Sittai Zaruriya " appeared.

In these works, the impact of God on the universe is stressed. In the works it is emphasized that the appearance of all living things is interconnected. The basis of this relationship leads to the fact that everything is created for the development of man and his spiritual content.

In addition, in «Avesta» a great attention is paid to the individual parts of the planet and it is considered as the creation of God.

In Artwork " Ruh -ul- Quds " the thoughts of the twelve signs of the Zodiac are clearly and consistently expressed:

The writer of this work describes Scorpion- zodiac sign, Sagittarius, Libra and others and in separate lines describes the names of zodiac signs associated with certain phenomena of national outlook.

In the work «qisas Rabguzi» you can read about the relationship of God and the universe [6, 12]. This work describes the historical thoughts of Nasriddin Rabguzi. He says that the creator is the owner of the infinite mind and a great solvent.

Thoughts about specific Islamic perspectives and relationships of God and the universe, spiritual outlook, structure of the universe are found in individual chapters of literary works. In particular, in the collection of works of Yusuf Hos Khojib " Kutadgu bilig «there are special chapters dedicated to seven planets and the twelve signs of zodiac. It shows that seven planets and twelve signs of zodiac are separate and some of them exist in pairs, one individual, three of them — spring, three — summer, three — autumn and finally three — winter stars. As the universe was created of four forces, zodiac signs also have four — a power of fire, water power, wind power and a power of the earth.

The first product available in the " Sittai zaruriya ", called " Kasidai Rukh ul- Quds» has considerable basis and is named " Boritaolo». On the basis of spiritual views of Islam it is said that God is one and the only creator. This is reflected in the first chapters of the work, including introductory part of the work of Ganzhavy «Hamsa " which is called " Dar tahvidi Bori " [5, 26].

In the above mentioned it is emphasized that all substances and phenomena in an interconnected state always move and they are produced by the great strength of spirit. In the work «Ruh -ul- Quds» the signs of flowers play a great role. The great poet through colors — mint, daffodil, tulip, jasmine describes that the soul produces spiritual light and it is shown in different beautiful contemplations.

Alisher Navoi in the work «Nasoyim ul- Muhabbat " giving reference to Nosiri Khusrawi mentiones only his work " Rushnoinoma». This work consists of 592 quatrains and they refer to the relationship of God and the universe, about the relationship between religious, philosophical, moral and social views. Observations have shown that all of these ideas and themes that occur in the content of works of Alisher Navoi " Sittai Haruru " are very similar.

" Sittai zaruriya " is very close to " Rushnoinoma " that all phenomena in the universe are interconnected with God. However, the aim of Alisher Navoi that everything is associated with God and the universe is limited in a separate system and reveals their relationship specifically. This work is for highly sensitive people and written with a great taste. The work " Sittai zaruriya " also refers to the number of such works.

The first part of " Sittai zaruriya " is dedicated to the fact that the primary basis for the overall system of six parts is Spirit. Therefore, the part is called «Ruh -ul- Quds». It is described that the Spirit is the only one and a separated part again returns to him. 6 qualities of the Spirit are described in the part " Seek the Spirit ", in works " Ilohiynoma " of Faridudin Hattori [1, 12]. It says, «The Spirit — you are a beautiful bird, not on earth, not in heaven, you are in the community of the universe. In your base there are six factors, but each of them is a separate world. Each is a separate power:

2.      One of them is a measure of the relationship: contradiction, confusion, confrontation of this.

3.      One of them is mind: it leads, controls the content and coherence.

4.      One of them is science: busy collecting knowledge and information.

The first piece, consisting in " Olti zarurat " is called «Ruh -ul- Quds». This work is an introductory programme as " ul- Khairat Abror». Each indicator which is shown above with some of the spirit in the book " Sittai Zaruriya " is repeatedly described in a new understanding. Because Alisher Navoi considered that interconnectedness of God and the universe is bound by these six qualities.

In all these works the overall spiritual goal is described — the spirit existing in the human body tends to absolute spirit and serves as a continuous process of development. It may be noted that the spirituality of the human body determines its health and a number of works are devoted to this topic. It is said that in Oriental medicine there are six basic substances (sittai zaruriya).

This was written by Abu Ali Ibn Sina and other scientists — the healers that have worked before and after him.

Alisher Navoi compiled all the basic concepts of these works, deeply understanding all these views separately explained and summarized them. So he called his work " Sittai zaruriya».

Because it is possible to achieve the Almighty only through a healthy mind. The great poet describes each section, spiritual and moral sides of the issue.

Transformation in the spirit of Jesus Christ is his lyrical hero of the work. In his work " Hazoin ul- Mahon " he repeatedly mentions Jesus Christ, more than other spiritual names. The main purpose of the work " Sittai zaruriya «is the proclamation of the power of the Spirit. Great Alisher Navoi in his work " Sittai zaruriya " describes the idea of ​​the above concepts and each part of the work has a great literary value.

Alisher Navoi preserving the form and content of these great works developed their content, enriched them with new ideas, thoughts, art and literature, supplemented, created new works for the spirit, showed his skill and art.

Thus, based on the above given explanation, we can conclude:

1.                  In the content not only the thoughts about God are depicted, but it's different basis and purpose of the leading idea. This gives a basis for the study of works by dividing them into types — spiritual propaganda, propaganda of moral, moral art, artistic moral.

2.                  Each piece of writing was begun with the rise of ideas about God and therefore to Alisher Navoi. However, in historical works it wasn’t reflected as a whole.

Alisher Navoi with this point of view has created a certain system and started every work with gratitude to God.

3.                  Created by the great poet, the work «Ruh -ul- Quds», which reflects the spiritual, social — philosophical views can be seen as the product of absorbed spiritually — islamic undertakings. From this perspective, thank God and the song «Ruh ul — Quds' work on creative method are close to each other.

4.                  In the eastern historical literature, the concept of God and the relationship of the universe was depicted in the works by Yusuf Hos Khojib " Kutagdu bilig " Nosiruddin Rabguzi " Kissan Rabguzi " Nosir Khosrow " Rushnoinoma " Khosrow Dehlavi " Ola mule — ilm " and Abdurahmon Jomiy " Gilot ur — ruh ", all themes are reflected in a continuous sequence (seasons, four negatives, the nine planets, twelve signs of zodiac). It also confirms that " Sittai zaruriya " was formed on the basis of literature created in the system as the above works.

5.                  Alisher Navoi created, reflecting the six qualities and based on these laws, work " Sittai zaruriya " in which shows that only through a healthy mind the supreme can be achieved and therefore the first systematic information, introductory part of the work is called «Ruh -ul- Quds».

6.                  Components of the product are summarized on the basis of the six systems, constitute a single system. It is an individual product which has a great artistic value, and each part of the work meets the requirements of an independent work of art.