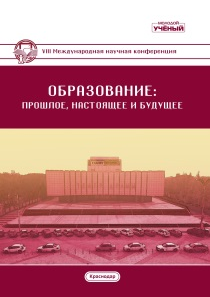 Educational systems in many countries have experienced a lot of changes. Most of the countries share and implement the successful education models to improve the process of language learning and to select the language the subjects are taught at. Schoolchildren and students in Kazakhstan study three languages according to the curriculum but it does not always mean that language could be used as the dual integration of knowledge. Nowadays educational institutions in Kazakhstan try to use the communicative method of learning English and Content and Language Integrated Learning (CLIL) to improve students’ knowledge of English language.

There are two main methods to study languages: contrastive and communicative and both of them have certain advantages. However, while studying other subjects schoolchildren use only one language and such teaching practice does not improve language skills of the other two languages. It is proven that language fluency could be developed much easily when it is not only practiced at language lessons but is spoken during everyday activities. The book “Language Transformer” gives a really good example of how languages should be taught: “A teacher is having a lesson. The teacher wants a student to stand up and walk around the classroom. The teacher can tell “Please, stand up and walk around the classroom”. The students might complete the task but they would feel uncomfortable and it could change their walk. But if the teacher asks the students “Could you open the door, please” the students might stand up, open the door and their walk will look naturally. In the second situation the task is to open the door and the student needs to stand up and walk to complete it, while in the first situation the student needs to stand up and walk without any reasons, which make the instruction sound strange [1, p. 5]. Students at language lessons could feel uncomfortable when their writing or reading skills are assessed by teachers and it could influence the results. Situations when schoolchildren or students, whose subjects are mainly taught in Russian, attend Kazakh language and try to focus in lexical and grammar structures rather than in developing language fluency and proficiency are widespread at the current time.

While teaching languages at schools, teachers should try to provide tasks which could develop both speaking and academic skills in all three languages. Curriculums which are used at schools now mainly focus in academic language skills and do not equally develop fluency and proficiency at Kazakh, Russian and English languages.

Recently teachers have started to use a communicative method to teach languages rather than a contrastive one. However, there are certain doubts whether the communicative method could guarantee both fluency and high results while writing essays and taking academic reading tests, which are necessary when you work on scientific research.

The problem of the trilingual education model which exists in Kazakhstan today is that the curriculum does not include both speaking and academic courses at Kazakh, Russian and English languages. School policies or practices that divide students into Kazakh or Russian language classes or into Human Sciences and Exact Sciences classes cannot fully develop a three-language policy.

If such subjects as Physics, Chemistry and Biology would be taught at English at High School, it would not help to reduce the existing difference between the language proficiency of students, whose subjects are taught at Russian or Kazakh languages. Instead, the curriculum would focus only in one language, what certainly could not help to develop a three-language policy. Kazakhstan needs a new education model which would guarantee fluency and proficiency at all three languages.

If to regard the model of Dual Language Programming, which has a spiral curriculum, and also to use Kazakhstan experience of a three-language policy, we could create a new model of three language teaching, which could guarantee both language fluency and proficiency.

Within Dual Language Programming, students study both a native language and a partner — language in equal proportions. And it differs this programming from Transitional Bilingual Programs, where students first study two or three languages but then focus only in learning one language.

Portland’s Immersion Language Programs can be a good example of the school, where Dual Language Programming has led to great academic results. About 27 000 children from kindergarten age and till the Year 8 took part in the research which was carried out in Portland Public Schools between the 2004–2005 academic year and till the 2013–2014 academic year. Children were given standardized reading, mathematics and science tests. One of the best results of the “Study of Dual — Language Immersion in the Portland Public Schools” research was the reading test results. Children who took part in the program surpassed their peers by about 7 months in Year 5 and by approximately 9 months (almost the whole academic year) in Year 8 [2].

The research which was held by the two researchers from Stanford University also has shown that schoolchildren who had bilingual programs starting from Elementary School had better fluency and proficiency at English language by the time High School started than their peers who studied all the subjects only at English language [3].

However, Dual Language Programming has some issues which should be solved before implementing it at educational institutions. One of the issues is training of teachers who know students’ native language and a partner — language and also can teach subjects at these languages. The USA has solved these issues through the partnership between educational institutions from the countries that can provide specially trained native speakers to work on the project.

As for Kazakhstan, the teaching staff from Kazakh and Russian language schools could help to solve the issues relating to the training of teachers who are able to work for Dual language Programming. Furthermore, at the present time many teachers from the educational institutions in Kazakhstan have been taking the advanced training courses and many subject teachers have been improving their English language skills. Thus, Kazakhstan has already carried out a great work to prepare a teaching staff who could have lessons at Kazakh — English or Russian — English languages. These achievements should be used to develop a three-language model in Kazakhstan.

Dual Language Programming has great potential for preservation and promotion of native languages as well as training specialists with knowledge of English language.

Dual Language Programming could help students not to experience difficulties while choosing Russian or Kazakh language learning faculties as they would be professional and fluent at both languages. In addition, students would have enough fluency and proficiency at English language to study and live abroad.