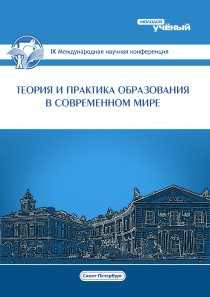 The very logic of grammatical studies, and in particular in the field of cognitive linguistics, makes sintaksistov and morphology to apply to the search of those or other concrete solutions to the semantic classification of vocabulary. In this regard, within the framework of the transformation of the traditional syntax emerged special direction of lexical and grammatical research that demonstrates an extremely strong dependence of the transformation of syntactic structures of their lexical content. In a sense, an extension of the same idea is the grammar structures Ch. Fillmore (Fillmore, Kay 1992), in which the emphasis is not so much on the description of the semantics of certain (syntactic) structures, but rather on a detailed analysis of lexical and semantic restrictions on filling all possible «places» in each such design. Since the concept of «design» is the foundation of all our work, in this chapter we will try to present the main stages evolved the concept of «design» in the overall paradigm of linguistic analysis, starting with the most classical, traditional treatments and finishing in a sense innovative views on the structure expressed by representatives of construction grammar (Fillmore 1990, 1992; Kay 1992.1997; Goldberg, 1995, etc.). This approach will allow us to enter and use the term «design» a new understanding which has arisen on the basis of cognitive linguistics theories, which will be considered in the review part of our work. We also trace what research served as a prerequisite to the emergence of the theory of grammar structures, the product of which is a new understanding of the structure as a structural unit of language with its own semantics. Taking into account certain non-triviality of certain provisions of the grammar structures of no small importance to the assessment of the semantic structure of the verb, verb categories, sochetaemostnyh potencies verb associated with the concept of transition / intransitivity and causative, and the dependence of all the above factors on the construction of a model in which it is integrated. [1.c.525]

The concept of «design» with an ulterior motive is one of the central places in linguistic theory, and theoretical importance of this is justified and confirmed by time. Design has always been an integral part of the traditional linguistic analysis, used by scientists as the basic structural unit for the investigation of the grammatical structure of sentences. In the early stages of development of transformational grammar (Chomsky 1957, 1965), however, there has been some re-evaluation of this concept, but the design has retained its central status; and within the structure of the constituents of grammars (we are among them, and transformational and generative grammar) under construction refers to the structure of phrases (groups of words: noun phrase, and so forth.), forming an offer.

Thus, we can confidently assert that the theory of grammar structures clearly repelled from the accepted traditions and, above all, from the syntax of Chomsky, that did not stop him later «canceled» design, recognizing their epiphenomenon flax – which introduces the general rules (Chomsky 1981: 92). There are two basic types of syntactic units that fall under the definition of «design»:

It should also mention that the presence of predicative related grammatical subject and predicate, many researchers consider a mandatory offer property. These offers are classified as members of the principal, because they form the basis of predicative offers its «constructive minimum» (Susov 2000). But at least some constructive researchers include, but are subject and predicate, and complement, i.e. in addition to the subject and predicate in a judgment or sentence is included also the object. The constructions objectless, intransitive (in the broad sense) verbs not supplement the position of (otherwise expressed, it is represented by zero).

So every sentence – is certain syntax. «The design of the marking proposal - it has lost its imagery of a dead metaphor, but the idea behind this name reflects some really existing features of the phenomenon. Referring again to the metaphorical meaning of the expression, you can specify that, like any other construction, the proposal has bearing structural framework ... «(Smith, Burlakov, Pocheptsov 1981: 207).

One nice feature of language is its flexibility and mobility of the system in relation to the needs and problems of speech communication. In the lexicon of this quality manifests itself in possibilities of the formation of new words and use in a figurative sense, exist in a wide range of opportunities combination of lexical meanings of words. In the syntax – the possibility of construction of a large, but the words of quantitative restrictions and inventory based on quantitatively small (compared with the dictionary / lexicon) set of grammatical rules of a virtually unlimited number of infinitely diverse offerings. But if in the direction of increasing the size and composition of the proposed structural limits may be wide enough, the opposite direction of coagulation procedure is clearly limited. That limit is determined elementary proposition. At minimum composition, simple in grammatical structure and content of «predicative Mono» (Structure 1975 Dmitrieva 82) will correspond to the notion of structural scheme proposals. The structure was built on the block diagram with explicit implementation of the structural components in the circuit (and only them), is called an elementary sentence or clause. [3. C.366]

Constructions of interest to our study are a simple sentence structures. According to the data on the types of simple or small, the clauses laid down in the modern English grammar, allocate a total of seven major types of simple sentence structures (Here and below we use the traditional notation proposed by J. Greenberg (Greenberg 1963), where S – the subject or the first syntactic octant about the complement, V – predicate etc. The designations introduced by J. Greenberg, has repeatedly been criticized, the main objection was that Greenberg mixes the sentence and part of speech This criticism is valid, so it is useful to note that S, O, the V is used as the symbols, they do not want to change because they have already become a tradition) .:

However, returning to the basic mono predicative constructions of modern English language, it is necessary to highlight that for the majority of people who speak English, the construction type of the subject + verb predicate + direct object (SVO) will be seen as the most protodoricheskaya structure of an English sentence, for example: Lisa She destroyed her bike. The fire damaged the bedroom. Bob washing dishes; Eugene read the novel. The child loves these cookies, etc. [6. C. 525]

As noted IP Susov «aspect of the syntactic structure is divided on aspects such as syntax-constructors characterizing the composition and communication design elements of the proposal, and linear syntax, which characterizes the order of the structural elements relative to each other» (Susov 1975: 63). Empirically found that the six logically possible types of word order or simple sentence structures invariants, including subject, predicate (verb) and the object, not uniformly distributed in the languages of the world: SOV, SVO, VSO, VOS, OSV and OVS. Invariant manner linearizing designs with its predominant SVO cells in about half the world's languages, including, and in English.

As mentioned in previous chapter, there is a S-V-O (Subject-Verb-Object) or S-P-O (Subject-Predicate-Object) rule in English language. Sentences come with this order and it helps audience comprehend the information successfully.

The headlines in every story within the program are usually kept short (5–10 words) and follow SVO — subject-verb-object structure [2]. Here come some of them: ‒French elections under scrutiny. ‒Russia to trial fan ID ahead of football World Cup.

The word order in the affirmative sentence in the English and Spanish...

Structure of a simple sentence in Spanish as well as in many other languages is the same: subject, verb, object.

Inversion of the subject in the role of “new” was recorded in the extended Spanish sentences with the structure SVO, for example

As mentioned in previous chapter, there is a S-V-O (Subject-Verb-Object) or S-P-O (Subject-Predicate-Object) rule in English language. Sentences come with this order and it helps audience comprehend the information successfully.

The headlines in every story within the program are usually kept short (5–10 words) and follow SVO — subject-verb-object structure [2]. Here come some of them: ‒French elections under scrutiny. ‒Russia to trial fan ID ahead of football World Cup.

The word order in the affirmative sentence in the English and Spanish...

Structure of a simple sentence in Spanish as well as in many other languages is the same: subject, verb, object.

Inversion of the subject in the role of “new” was recorded in the extended Spanish sentences with the structure SVO, for example