Techniques and activities for teaching culture 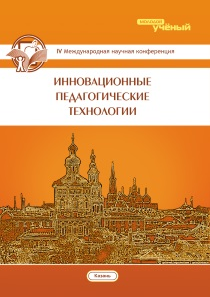 There is a variety of techniques and activities developed for integrating culture into language teaching. Different scholars group them according to different principles. For example, [5, p. 223–232] presents techniques of culture teaching in eight groups based on different approaches:

 creating an authentic classroom environment (techniques include, for example;

 displays and exhibitions of realia);

 behavioral and affective aspects (for example drama and mini-drama);

 the role of literature and humanities (for example, literary readings and watching films);

 real-life exposure to the target culture (for example, visits to the class by native speakers, pen-pals and visits to other countries);

 making use of cultural community resources (for example, when a foreign language learning takes place in the target-language community, the everyday environment can be used as a resource).

On the whole eight culture teaching techniques can be presented as following:

Its advantage is that it helps to create a cultural content for language items as well as helps learners to make mental associations similar to those that a native speakers makes [2, с. 86]. The disadvantage is that the cultural information presented to students is likely to be disordered and incomplete.

The advantage of the technique is that it both catches learners’ attention and arouses their interest [4 p. 75]. It does not take up much time and therefore can be used often and regularly.

After reading the description of the incident, students are provided with four possible explanations, from which they are asked to select the correct one.

Finally, students are given feedback why one explanation which is right and the others which are wrong in the certain cultural context. Culture assimilators samples are offered in Cultural Awareness [6, p. 89–93].

In this technique, the teacher presents the information orally. The main advantage of using a culture capsule is its «compactness and practical manageable quality» [5, p. 240]. Another advantage is that learners get involved in the discussion and can consider the basic characteristics of their own culture compared to other cultures.

Two or more capsules which belong together can form a cluster. A cluster should be concluded by some sort of activity, for example a dramatization and a role-play. The advantage of a culture cluster is that besides introducing different aspects of culture it offers behavioral training.

The teacher gives students a cartoon strip (usually four pictures) including some misunderstanding shots. The situations are also described verbally by the teacher or by students who read the accompanying written descriptions. Students may be asked if they think the reactions of the characters in the cultoons seem appropriate or not and try to arrive at the correct interpretation.

WebQuests were designed to use learners’ time efficiently, to focus on using information rather than looking for it, and to support learners’ thinking at the levels of analysis, synthesis and evaluation. A traditional WebQuest consists of the following parts: the introduction, task, process/steps, resources, evaluation/assessment, and conclusion or reflection.

The introduction introduces students to the task and captures their attention. The task is a description of what learners are to accomplish by the end of the WebQuest. The process part includes several steps through which students locate, synthesize and analyses information to complete the task. The steps support student learning and may use questions and suggest research strategies.

Resources may be both web-based and print-based but the majority of resources are usually found on the Internet. Each WebQuest has an assessment tool that sets the criteria for achievement of the outcomes. These tools are known as rubrics. Conclusion/reflection of the WebQuest provides an opportunity for students to apply the knowledge they have gained from the task to a new situation.

The most important could be that it saves the teachers’ time and that it helps learners to find material from the huge range of topics.

It seeks to promote better understanding and appreciation of other cultures, strengthen inquiry, research and literacy skills and provide students with technology skills. The result of a completed Culture Quest is a website.

The implementation stage includes, among other things, writing to students from the target country or culture, obtaining core information and, finally, creating a website.

In evaluating the project, teachers and students can adapt the criteria suggested by the creators. The basic values of the Culture Quest are that it is learner-centred, constructivist, project-based and authentic.

Teachers might find it worthwhile to consider checklist for culturally appropriate techniques [3 p. 202]:

To sum up, teachers are now offered a great variety of techniques, ranging from short activities to more time-consuming student research and internet-based activities, which allow bringing some element of culture into a language class. Using them effectively, separately or in combination, requires that teachers set clear aims as well as consider what to teach, to whom and when. If teachers constantly monitor their classes and adjust to what they do, there is a really good chance that the methods and techniques they use will be worthwhile.