How to teach literary analysis 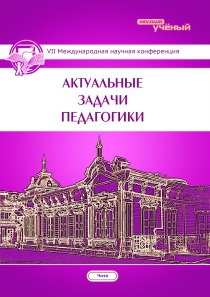 The author examines key attributes of a fiction novel, considering as an example ‘The Catcher in the Rye’ by J. D. Salinger, through approaches to literature criticism using a multidimensional view on literary work. The article states that such approach to literature helps to focus on perception and comprehension of the elements in critical interpretation of the literary work.

Critical approaches to literary analysis are usually used separately and thus may never contribute to adequate analysis and perception of any literary work. We as readers use different ways to critically approach literary work and focus on its different characteristics — an insight into author’s biography, social content and historical background, psychoanalytic examination, language features, readers’ perception. Consequently, adequate comprehension and interpretation of literary work depends mainly on an accurate use of a combination of approaches in a multidimensional perspective.

Readers comprehend the content of literary works via their values, beliefs and experience, influenced by historical background, biography, and narration of the author as well as language peculiarities the author chooses to convey the idea, which vividly manifest the speech and the character peculiarities of the main hero. The Catcher in the Rye may serve one of the best examples of author’s biography reflected in the text full of colorful language describing historical and social atmosphere of the time, which seem to foster connections between the approaches. Psychological account of the novel [5, p.13] explores the rebellion of the main character in his desperate attempt to enter the world of adults. Semiotics and narrative accounts [4] draw the reader’s attention to Salinger’s style of writing and comments on the structure of the novel, as well as the language [3] remaining the only linguistic investigation of the main peculiarities of Holden’s speech in the novel.

Accuracy of readers’ comprehension and response to a literary work presupposes not only the search for equivalents between the expressive means in two languages but also the understanding of the content (theme and idea), form (compositional structure and method) and language peculiarities [1]. The content includes the spirit of the literary work, that is, the overall emotional background of the work of art, which finds expression in the author’s appreciation. The content always consists of the representation of the subject (theme and idea of the work) and the means of expression of such representation (the form of the work — compositional structure and method). Therefore, the content, which manifests itself in the representation of the subject in the literary work, is found in the close connection with the form of the work of art.

The content of the work of art always has its expression in the form of this work (that is, genre, compositional structure and method). The author finds the subject (the theme and idea) and then chooses the appropriate way to expound it according to the content, the goals, and the type of the reader of the literary work. The structure of the text is the correlation between the author’s speech and the speech of the character (or characters) of the literary work. These two “parts” of the text differ not only according to their aesthetic functions (the expression of the author’s conception and the speech description of the characters) but also according to the linguistic means of expression they use. The context is the combination of the social and historical conditions in which the author lives and which he reflects in his works. This context can be also named “the reality” (context 1). The author perceives the reality, comprehends and interprets it in the literary work according to his conception [2, p. 85]. Therefore, the work of art has its own structure and its own context (context 2).

Since one-sided critical review of a literary work obviously lacks objective perspective and adequate analysis, it appears that multidimensional approach enables to widen horizons of literary criticism. Multilayered approach to literature contributes to guided engagement with the arts allowing the reader to develop and further apply all the acquired skills of multidimensional literary analysis. Nevertheless, such an exposure to the broader benefits of literature may deprive the reader of the pleasure of communication because the experience of reading is not passive as it requires forcing yourself to reflect on what you read.

Nevertheless, we may state that critical examination of a work of art in a multidimensional way is a necessary tool to acquire and appreciate the multilayered peculiarity of a literary work, which enables to avoid misleading the reader by one-sided view on narration or language, form, and structure. While focusing on either of the components in combination we should not forget to enjoy the pleasure of reading itself.