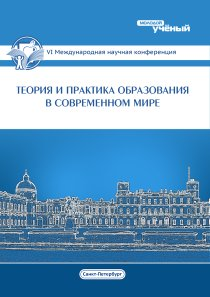 Listening is the language modality that is used most frequently. It has been estimated that adults spend almost half their communication time listening, and students may receive as much as 90 % of their in-school information through listening to instructors and to one another. Often, however, language learners do not recognize the level of effort that goes into developing listening ability.

Far from passively receiving and recording aural input, listeners actively involve themselves in the interpretation of what they hear, bringing their own background knowledge and linguistic knowledge to bear on the information contained in the aural text. Not all listening is the same; casual greetings, for example, require a different sort of listening capability than do academic lectures. Language learning requires intentional listening that employs strategies for identifying sounds and making meaning from them.

Listening involves a sender (a person, radio, and television), a message, and a receiver (the listener). Listeners often must process messages as they come, even if they are still processing what they have just heard, without backtracking or looking ahead. In addition, listeners must cope with the sender's choice of vocabulary, structure, and rate of delivery. The complexity of the listening process is magnified in second language contexts, where the receiver also has incomplete control of the language.

Given the importance of listening in language learning and teaching it is essential for language teachers to help their students become effective listeners. In the communicative approach to language teaching, this means modeling listening strategies and providing listening practice in authentic situations: those that learners are likely to encounter when they use the language outside the classroom.

The importance of listening comprehension in the process of learning a foreign language has been emphasized in various models and theories of foreign language learning. Krashen and Terrell [5], for example, stated that all foreign language acquisition takes place through receiving comprehensible input that is slightly above the learners’ present level, that is, through reading and listening to the foreign language. Some teaching methods, such as Total Physical Response, rely heavily on the listening input at the beginning stages of learning a language [6]. Although listening is very important at the beginner’s level, its importance does not diminish as the learners’ progress to more advanced levels of language proficiency. Practicing listening at all stages of learning not only develops this skill but also expands and consolidates other elements of language knowledge, such as vocabulary, grammar and intonation. However, while the importance of listening in language learning is widely recognized today, there are different views as to how to approach the teaching of listening. While some authors, such as Krashen and Terrell [5], believe in the value of mere exposure to spoken language during which learners unconsciously develop their listening skills and acquire other elements of the foreign language, other authors, such as Rost [7;8] and Ur [9], agree that in order for learners to benefit from practicing listening, it is necessary to develop this skill in a direct and systematic way.

Recent methodologies for the teaching of listening [1;2;3;7;9] point out that listening develops through the process of exposing learners to listening texts on which they perform tasks specially designed to promote the development of certain sub-skills. Most authors stress the importance of three main factors in the teaching of listening at all levels listening materials, listening tasks and the procedure for organizing listening activities. The interplay of these three factors plays a significant role in designing effective listening activities. As for materials, in selecting listening texts for teaching purposes, their various characteristics have to be taken into account, such as genre, level of authenticity, linguistic and cognitive complexity, density of information, length, speed of delivery and variety or dialect of English. Much more attention, however, has focused on tasks accompanying a text, as it is through doing tasks that skills are developed. According to the importance of tasks lies in the fact that they create a purpose, motivation and expectations in learners, which are all characteristics of listening in real life.

Tasks can also be classified according to the quantity of response required. Ur [9] distinguishes four categories of responses required in different types of tasks, which range from no response required (e.g., in listening to a story), short responses (such as true/false sentences), long responses (answering questions) to extended responses (such as discussion based on the listening material). Again, it is important to note that the difficulty level is not directly related to these four types of tasks. In other words, a task requiring a short or no response can be linguistically and cognitively more demanding than a task requiring a long response.

As this short overview shows, task type is an important factor in teaching listening. Different types of tasks focus on different stages of the listening process, listening strategies and sub-skills that learners need to develop. The choice of task will therefore depend on the aims of listening instruction at a particular learning stage and on the characteristics of a particular teaching context. Thus, in an academic listening course note-taking tasks will be more frequent than other types of tasks, reflecting the needs of students attending such a course.

A systematic approach to the teaching of listening requires a careful selection of materials, tasks and procedure at all levels of language learning. Is listening not only practiced and developed as part of general language proficiency but also as a necessary element of students’ study skills. Studying English at university implies listening to lectures and participating in seminars conducted in English, which presents students with demands for concentrated listening to material dense with information for a longer period. Furthermore, listening to lectures is accompanied by note taking, which puts additional pressure on the listeners in terms of time, since several activities take place simultaneously: listening, summarizing and writing.

There are two distinct processes involved in listening comprehension. Listeners use 'top-down' processes when they use prior knowledge to understand the meaning of a message. Prior knowledge can be knowledge of the topic, the listening context, the text-type, the culture or other information stored in long-term memory as schemata (typical sequences or common situations around which world knowledge is organized). Listeners use content words and contextual clues to form hypotheses in an exploratory fashion. On the other hand, listeners also use 'bottom-up' processes when they use linguistic knowledge to understand the meaning of a message. They build meaning from lower level sounds to words to grammatical relationships to lexical meanings in order to arrive at the final message. Listening comprehension is not either top-down or bottom-up processing, but an interactive, interpretive process where listeners use both prior knowledge and linguistic knowledge in understanding messages. The degree to which listeners use the one process or the other will depend on their knowledge of the language, familiarity with the topic or the purpose for listening. For example, listening for gist involves primarily top-down processing, whereas listening for specific information, as in a weather broadcast, involves primarily bottom-up processing to comprehend all the desired details.

Research into the specific features of academic listening has shown the complexity of this skill. Richards [6], for example, specifies a list of micro-skills within academic listening as opposed to conversational listening, such as understanding the main points in a lecture, or distinguishing between the main line and digressions. A different classification is offered by Rost [7], who starts from the assumption that listening sub-skills are grouped into certain clusters, arranged into hierarchies. Both classifications, however, indicate that academic listening is a skill whose development requires special training. These and other findings have contributed to the fact that many universities today recognize the need to offer courses in academic listening at the beginning of university studies, either as special courses or as part of study skills courses, with the aim to train students to develop skills for listening in the academic context. [4]

However, at the English Department at the University of Novi Sad developing listening skills, either general or academic, is completely neglected. The concept of language development is based on a traditional model of foreign language learning, with an emphasis on grammar and translation. Although teaching language skills is part of the syllabus, they are practiced in isolation, that is, one skill is the focus of a class. Even so, speaking, writing and reading are practiced in separate classes, but not listening. At the same time, students are expected to attend lectures in English on linguistics and literature, and many of them experience considerable difficulties. One may conclude that listening is a crucial skill for successful studies at the English Department, but although students are exposed to listening English through attending lectures and classes, this skill is not developed in a systematic way. This observation was the starting point for the research into the listening skills of university students of English.

The aim of the research was to explore the effect of a one-semester programme of listening instruction on the development of listening skills of first year students of English at the University of Novi Sad. In order to achieve this aim, the development of the listening skill in two groups of university students of English was compared: one group that received regular instruction at the English Department and the other one that received additional systematic listening instruction during one semester.

In order to test the hypothesis, an experimental research design was applied, with an experimental and a control group, each consisting of 15 students. Both groups’ listening skills were tested at the beginning of the study, using the listening part of TOEFL. The test was administered in a 45-minute session, under the same conditions for both groups. During the nine weeks of the first semester, both groups attended the same type and number of classes, followed the same syllabus, and were taught by the same instructors. In this period the experimental group received instruction aimed at developing listening skills, but these students did not attend any additional classes. Listening activities were carried out within speaking and grammar classes, in 25 mini-sessions (two to three times per week), lasting for 5 to 15 minutes per session, with the actual listening time of approximately 3 minutes per session (87 minutes in total). The control group attended speaking and grammar classes without the listening component. At the end of the first semester, both groups’ listening skills were tested again, using another version of the TOEFL listening test.

The analysis of the data obtained by testing included the comparison between pre-test and post-test means both between groups and within each group, using the t-test, with the level of significance set at p <.01. The groups’ performance on the tests was also compared according to the following criteria: distribution of scores into bands, item difficulty analysis and the comparison of gains (total gain, individual differences and comparison by part of the test).

A comparison of an iTEP and the most popular international tests: TOEFL / IELTS. Table 1. iTEP Academic-Plus vs. IELTS.

TOEFL (Test of English as a Foreign Language) – комплексный...

The effectiveness of extracurricular works in language learning in...

Mass work includes: the organization and holding TOEFL section in the foreign language; talks in that language, pleasure parties, conference...

Research on the development of college English teaching based on...

A comparison of an iTEP and the most popular international tests: TOEFL / IELTS. Table 1. iTEP Academic-Plus vs. IELTS.

TOEFL (Test of English as a Foreign Language) – комплексный...

The effectiveness of extracurricular works in language learning in...

Mass work includes: the organization and holding TOEFL section in the foreign language; talks in that language, pleasure parties, conference...

Research on the development of college English teaching based on...