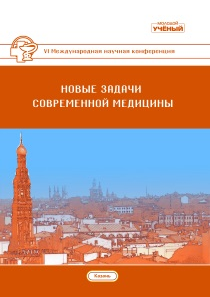 In modern society, due to sedentary lifestyles, bad habits, unbalanced diet and stressful situations, increases the risk of hypertension. But, also to the fundamental factors of the disease include: lack of potassium coming from food, age: men-over 55 years, women — over 65 years, burdened family history of the cardiovascular system, kidney disease.

For the timely prevention of the development and treatment of GB, various new drugs appear, but along with a positive therapeutic effect, some of them have an undesirable side effect. However, if I had all the drugs in action, to fully recover, patients need to completely change your lifestyle to include daily exercise, try to avoid emotional stress, begin to eat the right foods. And, if patients adhere to these rules, it would be possible to significantly reduce the risk of disease progression among the population and prevent the development of complications. The problem of high blood pressure began to worry scientists in the 17th century, when Stephen Hales first measured blood PRESSURE in a horse,but only in the 70 year of the last century, scientists managed to get the first oral ACE inhibitor, which later became known as «captopril». There are cases of treatment of patients with folk methods, which remained very effective, consisting of the use of fresh beet juice with honey or the use of fresh aloe juice, diluted in 1 teaspoon of boiled water. After conducting a study of modern antihypertensive drugs, it will be possible to choose a drug that has less side effects, the most effective, more rapid.

Introduction: currently, hypertension is a fairly common and common disease, so this problem will always be relevant in medical practice. Although in modern medicine, the development of new drugs in the treatment of hypertension, does not stand still, there is still a risk of progression of the disease, and manifestations of complications such as myocardial infarction, coronary artery disease, heart asthma, pulmonary edema. In addition, if you do not treat the pathology in time, then there may be sad consequences that manifest themselves in a hypertensive crisis, hypertensive encephalopathy, which can lead to death. Therefore, we decided to conduct a comparative study of modern antihypertensive drugs to choose the best drug, which would be in harmony with the ratio of price and quality.

Objective:to Study modern antihypertensive drugs used in the treatment of GB and evaluate their effectiveness.

Materials and methods: for the study, we used the data of the oocb № 1 of the cardiology Department. Having studied 53 case histories of patients who are on inpatient treatment with a diagnosis of GB, we found that inpatient treatment is not yet used drugs of interest to us, so we analyzed the effect of the treatment of drugs on outpatients. To compare the efficacy and tolerability of the drugs, we selected 30 people with hypertension of grade 2 average risk at the age of 55 to 68 years and divided them into 3 groups, each of which had 10 people. Patients 10 days were on standard inpatient monitoring, consisting of combined therapy: Concor 2.5 mg 1 time per day, amlodipin 5mg 1 time a day(evening), amlodipine 5 mg 1 time per day.

Further, being on outpatient treatment for 1 month, patients took the following drugs: group 1-aliskeren 150 mg 1 time a day, group 2-azilsartan 40 mg 1 time a day, group 3 — fosinopril 20 mg 1 time a day. The criterion of treatment effectiveness was assessed according to the AD, which was supposed to be no higher than 140/90 mm.RT.in the process of studying the action of drugs, clinical examination of patients was carried out 3 times, in which we measured blood PRESSURE and heart rate, daily monitoring of blood pressure, echocardiography, examination of the fundus; laboratory data: OAM, UAC, blood glucose, blood urea, total cholesterol, blood electrolytes (potassium, sodium, magnesium).

Results and discussion: after Analyzing the medical history, we noticed that in-patient treatment adhere to the use of drugs of the «old generation» such as enalapril, valsacor, nifedipine. Therefore, we had to involve patients who after complex inpatient therapy were on outpatient treatment, and used drugs of a «new generation»: aliskeren, azilsartan, fosinopril. During the first examination, the patients complained of headache in the parietal and occipital areas, dizziness,increased blood PRESSURE more than 140/90, General weakness. Of the laboratory parameters were changes in the UAC: an increase in hemoglobin; OAM were normal, echocardiography observed a slight increase in the left ventricle. After 30 days, after analyzing the data and calculating the average value, the following results were obtained: complaints of patients for headache, dizziness at the time of the last examination were not presented, the General condition improved significantly, blood PRESSURE was close to normal.

The decrease in blood pressure as a percentage:

The side effect was manifested to a greater extent-dry cough, which was observed in 3 groups of patients. When using aliskeren, dyspeptic disorders were in 3 people, allergic reactions were not manifested in anyone, hyperkalemia was observed in 6 people

The use of azilsartan dyspeptic and allergic disorders was not revealed, hyperkalemia was not observed, however, in two patients in the first days of use of the drug there was increased fatigue, which in two days independently passed. Fosinopril caused when applying the most adverse events: dyspepsia have 6 people, a sleep disorder, 3 people, weakness in 4 patients, which on the 3rd day was stopped, hyperkalemia 9, hyponatremia in 6 people.

By calculating the percentage of side effects, we obtained the following data:

Conclusion: after Analyzing the effect of these drugs, we came to the conclusion:

I would like to note the advantages of drugs angiotensin 2 receptor inhibitors group — is the ability to cause a fairly rapid decrease in blood PRESSURE, maintained at a stable level, they also have a regressive effect on left ventricular hypertrophy, nephroprotection, reducing the risk of complications such as: MI, stroke, heart asthma.

However, these drugs have negative points: none of the drugs we have studied, can not be used during pregnancy, during lactation, children under 18 years, they also caused an undesirable manifestation in the form of dry cough.