Improving of legal bases of environmental authorities of civil society institutions: the expe-rience of the Republic of Uzbekistan 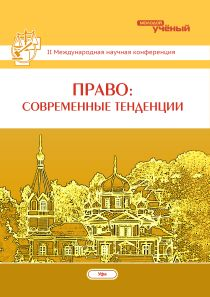 During the years of independence Uzbekistan, created a strong political, legislative and institutional foundations for successful solution of questions regarding protection of the environment. After independence, Uzbekistan has repeatedly confirmed its commitment to environmental security and sustainable development, signed the outcome documents on UN Conference about Environment and Development (Rio 92) join to the most important international conventions regarding climate change, desertification and maintenance of biodiversity, for the Prohibition of hostile use of a means of influence at the environment.

Environmental protection and rational use of natural resources is one of the most important elements of the state environmental policy, which suggest the achievement of sustainable development based on the harmonization of environmental and economic opportunities, and also improving the legal framework of environmental legal relations.

Conditions of formation of civil society, becomes important improvement of the legal status of its institutions, increasing its role in the solution of environmental problems. For example, in Uzbekistan, the number of citizens' assemblies and branches of self-government - makhallas constitute more than 10,000, and there are more than 5,100 non-state, public organizations in various areas of activity, including children, school, women, legal, environmental, educational, mass media and others. More than 100 independent non-commercials organizations engaged to solve problems in environmental and public health issues.

Necessary to note that during the years of independence the country has gained significantly experience in solving environmental problems and overcome their negative consequences and efforts with participation of public associations and institutions of civil society and the public. Great practical importance is the establishment of the Ecological Movement of Uzbekistan, August 2, 2008 and the adoption of the Law of the Republic of Uzbekistan “On introduction amendments and additions to some legislative acts of the Republic of Uzbekistan due to improvement of electoral legislation” from 25.12.2008.

According to the above Law Ecological Movement of Uzbekistan allocated 15 seats in the Legislative Chamber in Oliy Majlis of the Republic of Uzbekistan, which allows him to have a direct, effective action to improve the legislation in the field of environmental protection and health of population, its strict implementation in the center and locally.

It should be noted that independent non-commercials organizations with environmental oriented play an important role in society, encourage and assist in the realization of advocacy programs to preserve the environment and public health. In this regard, an important role is played by the adoption Law of the Republic Uzbekistan "About Environmental Protection" dated December 27, 2013, aimed at further strengthening of public participation of independent non-commercials organizations in the implementation environmental control and monitoring of the situation in the regions in country environmental protection and public health.

Considering the importance of the role of environmental legislation in the regulation of ecological problems can be stated that the improvement of the legislative foundations of the institutions of civil society and participation in solving environmental problems is essential.

Based on the above, the following main areas for improvement of legislative bases of civil society participation in environmental issues:

Also, seems appropriate to empower the citizens' self-right application of administrative punishment in the form penalty for number of environmental administrative offenses committed in the corresponding territories. It will also foster and promote their activities and will strengthen the material base of self-government bodies in due to the fact that part of money collected will be sent to the account of the relevant body of self-government of citizens. It should be noted that the identification and suppression of these offenses by public authorities not efficient enough, as a result in increased latency of these offenses that entail negative consequences for society. Based on the above, we consider reasonable to expand the powers of self-government in the field of ecology, transfer them to the right holding public environmental control and public environmental expertise, as well as the right to use the administrative penalty for some environmental administrative offense.

In conclusion we would like to note that the civil institutions today are becoming an important factor in the protection of democratic values​​, human rights, freedoms and legitimate interests of the people and create conditions for improving the social, social- economic activity and legal culture of citizens and contribute to the maintaining the balance interests in society. Proceeding from this, the participation of civil society in the right application of environmental legislation will effective basis to prevent offenses in ecology, ensure improvement ecological and legal culture of people through active participation in their efforts to ensure environmental protection.

Mawara an-nahr (or Transoxiana) — what is beyond the Amu Darya — is the ancient name used for the portion ofCentral Asiacorresponding approximately to modern-day Uzbekistan, Tajikistan...

One of the main topics was the refutation of the exception formula by Shāfiʽites/ahl al-ḥadīth. In order to support his Hanafite view Aḥmad cites a report (riwāya) from Ibn ʽUmar (r.‘a)...

Mawara an-nahr (or Transoxiana) — what is beyond the Amu Darya — is the ancient name used for the portion ofCentral Asiacorresponding approximately to modern-day Uzbekistan, Tajikistan...

One of the main topics was the refutation of the exception formula by Shāfiʽites/ahl al-ḥadīth. In order to support his Hanafite view Aḥmad cites a report (riwāya) from Ibn ʽUmar (r.‘a)...