About research of historic-cultural heritage of Ganja 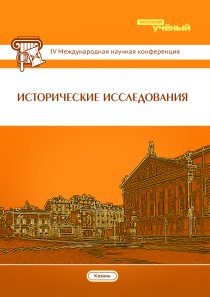 The emblem on the flag of Ganja Ziyadoglulary generation, which representative was a powerful khan of Ganja Javad Khan, was adopted in 2004 as the emblem of Ganja.

Ziyadoglular is one of the branch of Qachaqs,which was the tribes of 9 influential Gyzylbash tribes. From IX-X centuries Ziyadoglular, whose power intensified in Azerbaijan, controled Ganja’s beylerbeylik during 400 years. The symbols on the emblem give the following meanings:

The sun — is the symbol of eternal life.

The moon — a symbol of eternal light, purity, and as a symbol of white color gives meaning of freedom.

Oak leaf — is a symbol of spending, longevity and wisdom.

Eight-pointed star — (sun symbol) — according to Islamic religious belief means 8 gates of paradise, so it indicates that Ganja is place of paradise.

Monumentistics and majesty take place in the emblem.

Green background is a symbol of Islamism.

During the archeological excavations material — cultural remains have proved that Ganja, which is one of humanity's most ancient settlements, had played an important role in the history of the development of science and culture of our country. During passage point of zoroastrian, moslim, and christian civilization, also location on the Silk Way from West to East, from North to South,suitable natural-geografical conditions,rich soil, mild climate, plentiful rivers,also talented and gifted people of Ganja played exceptional role for developing in Azerbaijan science and culture history.

Ganja is located on the ancient caravan routes, so merchants, travelers, scientists and cultural workers from different countries of the world visited Ganja, and first of all, their visiting helped our nation to integrate their spiritual values to all mankind civilizations.

Also in XI century, during the Arab Caliphate flowering, the great thinker Gatran Tabrizi’s population in Ganja shows, that Ganja has become a major center of culture and science in the Muslim East. From the sources it becomes clear, in that period in Ganja there were personal and public libraries, medresses as modern universities, observatories and medical centers. Muslim culture has spread to the neighboring Christian states from here. That why, many scientists, poets, architects, artists from different countries of East settled in Ganja.

Also, Sheikh Nizami, appreciating Ganja's cultural level more highly, praised his native city «My Babil». In the middle of the XII century there were schools, medresses, private and public libraries, «The houses of wisdom» and «Health centers» in Ganja. In historical sources there was an information that, in Ganja there was a large library «Dar al-kutub», that had been led by a famous scientist Abulfaz al-Nakhchivany. From Sheikh Nizami's reading and the names of the works, it becomes clear, that there were rich libraries in Ganja.

The high value of selcugs, that replacing arabs, to the science and culture, was the reason of formation of a new school of poetry, that was founded by Sheikh Nizami in Ganja.

Sheikh Nizami’s knowledges on all the spheres of all the sciences, known at that time, show, that he has studied in madrasa, that belonged to the rich library, where worked well-known scientists of Ganja.

Encyclopedic and perfect knowledge on all areas of science of the great poetries of all proves that Ganja was a center of science and culture.

The great Azerbaijani poet Sheikh Nizami had good knowledge about philosophical thoughts of such coryphaeus as Farabi, Xarezmi, Ibn Becci, Abu Ali Ibn Sina, Ibn Rusd. It shows, that the language of science of that period — the Arabic language and philosophy were highly taught in Ganja. Nizami's works analysis shows, that he was familiar with the ancient Greek and Indian philosophy also. Sheikh Nizami in his work «Iskendername» discusses the creation of the world from the Iskender’s language with such famous ancient scientists as Aristotle (Arastun), Fales (Valis), Platon (Aflatun), Tianlı Apollonia (Rumlu Bulunus), Socrates, Timbered Parfiri (Forforius) and with the founder of the alchemy, magic and other " magical sciences» Hermes Trismekistdir (Khormus).

In 40 s years of XII century in Ganja lived Abu Bakr ibn Khosrov al-Ustad, who was born in Ganja,had a high madrasah education and with his knowledge, literacy had gained great popularity.He was an author of such works as «Mansur and Marjan», «Sanem and Acem», «Mehr and Mushteri», «Hakiza –ya kitab-i Alfiyya and Salfiyya "«, Rahat ar- Ruh»«, Huzhat al-maclis».

The using Al-Ustad’s work «Munisname» in scientific society made deeper the level of ancient development of the Azerbaijan’s literature. A short introduction of «Munisname» book is equal to the whole literary book. Abu- Bakr ibn Khosrov al-Ustad was known as knowledgeable and experienced scholar, writer, poet had knowledge on the world and shariat sciences. That why he was awarded the nickname “Ustad” (Master).

In the scientific and cultural center of the East, in Ganja’s literary environment were raised Abu Hafs, Abul Ganji,Abul Ula Ganjavi, Mehseti Ganjavi, Qivani Mutarrizi, Raziyya Ganjavi, Mirza Shafi Vazeh, who gave priceless pearls to the treasures of world culture. Especially in that period, presence of such kind of chess-player, composer, thinker women as Mahsati Ganjavi and Reziyye, who owned world science and philosophy again shows, that city from cultural point of view, stays on high level.

As always,in the XVI-XVII centuries, Ganja gave to humanity persons,that had improved science and culture of Azerbaijan. Musahibi Ganjavi’s and Sheikh Ibrahim Qudsi’s names can be mentioned. We should not forget, that Sheikh Ibrahim Qudsi,that was from the great Azerbaijani poet Nizami’s family, as a well-known historian wrote a book “Tarixi-mugeddes”.

Throughout the centuries, the students in madrasa and in religious schools learnt the classical Eastern literature and world sciences. The well-known poet and teacher Mirza Shafi Vazeh, who was established under cleric Sheikh Hussein Pishnamazzade in school in Shah Abbas Mosque in Ganja, was the first author of the book, prepared for school.

The history of creation of Ganja’s libraries is belonging to the beginning of the last millennium. Also there were great libraries in Ganja in the X-XI centuries. The famous Arab traveler and geographical scholar Yagut Hamavi in her work «Macatal-bulan " shows, that there was a great library ”Dar –al- kitab” under the leadership of the scientist Haddad ibn Bekran Abul-fazalan Neshevi,that had widen the scientific environment of Ganja. At the end of the XVIII century there was a popular lbrary «Sultaniyye», that was the cradle of science and culture of Ganja. At that time, there was a large library of Javad khan in Ganja. Unlike others this library had been using free by the urban population.

In connection with the 100th anniversary of the famous Russian poet A. S. Pushkin, there was established Nizami — Pushkin Library in Ganja. In 1934 Ganja city Education Department organized the City Central Library. Since 1976, all libraries in the city centralized around the Central Library and created Centralized Library System (CLS). Thus, the above-mentioned facts, once again demonstrates Ganja’s specific weight, as in all stages of history, in the development of Azerbaijani science today.