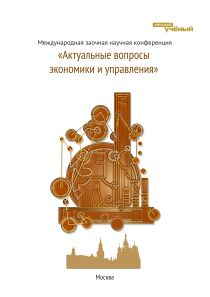 Before passing to analysis of specific programs of governmental support, we believe it is necessary to give the reader a background.

Everybody heard somehow about the recent financial crisis. This global crisis has considerably affected almost all countries’ economies. But, obviously, to be able to provide small business with effective support the government should keep its feet firmly on the ground. So, the first really important question to be answered is: Does the Russian government have opportunities to help its small business? Let’s try to find it out.

On the average resource-dependent countries seem to suffer less from this crisis than the rest of the countries mainly because lots of them like Russia have accumulated the handy reserve funds for this kind of rainy day and when the rain started these reserves were very handy. So, the Russians were “not unprepared” for the crisis. We’ve just mentioned the so-called “financial pillow”. Now it’s time to give some more information about the Reserve Fund of the Russian Federation: What is it? What is it targeted at?

Now we do know what the Reserve Fund is and what it is used for. Let’s have a look at how this financial tool has helped Russia to manage with the global crisis.

A lot of economists agreed that the Russian government’s fiscal stimulus was an appropriate response to the shocks of the financial crisis, and resulted in the relatively quick recovery of the Russian economy. According to the results of researches of WorldBank[8], the duration of the recession in Russia was 4 quarters. This figure is considerably smaller than the same index of the other countries, such as, for example, Ireland and Iceland. In these countries the duration of the recession was 8 quarters. So, as we can see, The Russian Federation has resources and opportunities to provide domestic small business with the effective support[3].

Obviously, The Russian Federation has suffered less then many other countries but the official statistics of unemployment rate is still insufficient. We couldn’t forget that beyond these figures there are real people who need to feed their families. Do they care about financial pillow? How did the government help them personally? Of course, the government can't ignore this problem, so it creates healthy working environment by implementing lots of programs targeted at reducing level of unemployment. Special attention is paid to small business[4].

According to financial analyst Carlton Proctor, "Recovery starts with small business". The same principal our government uses. And here it’s necessary to posses another very important question: How the government helps small business?

To find it out let’s have a look at one of the most interesting programs targeted at small business support.

Unemployed who are listed in the Labor Exchange can get governmental financial support of 58 800 rubles to start up a small firm. This sum is the maximum size of annual redundancy payment. Moreover, for every job created by a novice entrepreneur the same amount of money is provided additionally. In other words, if the entrepreneur gives a job to an unemployed he gets 58 800 rubles, and if he employs 10 people, he consequently gets 588 000 rubles. But, of course, it’s not all roses. To get this financial support a competitor must meet special requirements. First of all a person has to pass several computer tests in the Employment Center. These tests reveal whether job seeker has business skills and abilities. The positive results of testing are an essential condition of participation in the self-employment program. Second step is to write and defend a business plan. Business-plan is an accurately formulated idea of the small business, which includes detailed description of the project and calculations on initial investments, planned costs and incomes. This business-plan should be approved by the special commission. Unfortunately, it’s not an easy task and it sometimes needs several attempts. But if these stages pass successfully the applicant has to register his business in Tax Department as a Private Company, Limited Liability Corporation or a farm. After the registration a special contract is signed. Only then a newly-born entrepreneur can get money[1]. This is a red tape, but unfortunately this is not the worst disadvantage.

According to the new federal law, the deductions for social insurance increase from 26% to 34% for firms which use the standard form of taxation and from 14% to 34% for those which use the simplified system of taxation. It will considerably increase the tax load on the business as a whole and on small enterprises in particular. In this article we would like to give you several examples that illustrate these changes[6].

But before we pass to the examples we would like to remind you, that in 2010 the limit of taxable basis which constitutes 415 000 rubles per year on each worker was introduced. If the given sum is exceeded installments aren't charged. So, let’s pass to the first example.

It's common knowledge that in big firms and enterprises, especially in Moscow and St. Petersburg, the salaries are rather high. An average salary in this case is 50 000 rubles per month on each worker. It is 600 000 rubles per year. According to old taxation system a firm had to charge 26% of whole sum and deduct 156 000 rubles. According to new taxation system it have to charge 34% of 415 000 rubles, which is the limit of the taxable basis (see above), and deduct 141 100 rubles. Obviously, big enterprises have an additional income of 14 900 rubles.


If the salary is bigger, for example 100 000 rubles per month, the same calculations (see below) show that additional income of big enterprises is even bigger, and in this case it is already 170 900 rubles.

If we take a maximum size of the salary in small enterprises, which is 35 000 rubles per month, the same calculations (see below) show that additional load on small firms is 82 300 rubles.

These examples show that the amount of tax for average monthly salary of 35 thousand and 50 thousand rubles is the same. So, the higher the wage - the lower the tax. It turns out that the program, targeted at small business support really helps not small business but big enterprises. It means that the federal programs are far from ideal.

Authorities' attempts to help people, who want to start their own business, statistically look successful, but experts have questioned the effectiveness of this business. According to the Labor Agency (Rostrud), presumably by the end of 2010 the state program of small business support was attended by 160 000 unemployed. In 2009 128 000 people started their own businesses with financial assistance from the state. «160 000 people is a lot, but how well developed their businesses are – this is a big question», — marked Peter Bizjukov, the leading expert on social and economic programs of the Center of the sociolabor rights. It has cited as an example experience of the mid-90th when miners were provided with loans to start their own business. Unfortunately, only 10% of newly-born businessmen could show good management and entrepreneurial skills and become truly successful entrepreneurs[2].

Mr. Bizjukov also added that 58,000 rubles is a very small amount for starting a business from scratch.( «from zero») According all-Russian public organization “Business Russia” research, in addition to the tax load increase, the barriers imposed by monopolies (tariffs for electricity, gas, etc.) have dramatically increased.[2]

Businessmen do not exclude that they will have to go on staff reductions and there is no hope on capital investment augmentation. "The rise in prices, which entrepreneurs expect, and the demand for goods and services is clearly insufficient for sustained growth and business development", - is emphasized in the research.

The chairman of the board of Industrial Association and businessmen of St.-Petersburg Sergey Fedorov commented the situation in such a way: “I can’t say that the programs have failed, but they just don't work”[6].

But the main question is what should be done to improve the situation and make governmental support of the small business more efficient?

This sphere needs fundamental structural changes. Unfortunately, this issue is too multidimensional to have an easy solution. Of course, it needs to be explored in more details as to work out an optimal solution all the shades are to be considered. Still there are several main problems the government should deal with.

High taxes are probably the main problem. Its destructive effect on the small business we have already described above. The only possible solution here is to reduce taxes. Second is an imperfect legislation base. It’s common knowledge that our legislation base is far from ideal so it obviously is to be improved. One more serious obstacle for successful business is great number of checks and audits. It strongly distracts businessmen from paramount tasks. So, it’s necessary to reduce the number of checks and audits.

If all these measures are taken, our small enterprises will have a great chance to become truly strong and reliable basis of economy.

5. www.minfin.ru – Ministry’s of Finance of the Russian Federation official site