Development of the economic ideas of the Austrian School 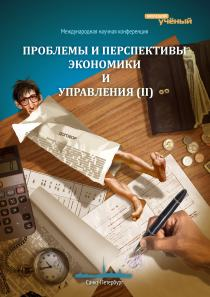 Austrian economic school being close to socialism and fascism (Nazi) ideologies including state understood very well the similarities and danger to humanity and its future. The Austrian economic school experiences and a strong battle against Marxism and socialism and their manifestations in various its forms in today's economic theory and politics is a very important for global and national sustainable economic development. Austrian economics began in the University of Vienna with Carl Menger. The early Austrians were indeed located in Austria, and then the doctrine permeated outward. The essence of Austrian economics, it’s based on—in contrast to all other schools, including alleged free market schools of economics—Austrian economics is based on an analysis of individual action. The individuals doing things, having purposes and goals, and pursuing them. This immediately sets us apart from all the other schools of economics, who deal with aggregates, groups, classes. The economic ideas of Austrian school, development of ideas, school positions are very relevant and important for further Economics theories development, for fuller understanding history of economic thought. The Austrian School is in the news as never before. It is discussed on business pages, academic journals, and speeches by public figures.

2.The economic ideas of the Austrian School

Austrian Economic School, various scholars differ widely. Some of it defines as a part of Marginalism theory of economics that attempts to explain the discrepancy in the value of goods and services by reference to their secondary, or marginal, utility. They call the Austrian marginalist. Other recognized as a school have started operations from Carl Menger, 1871, „Principles of Economics“ [3] and further developed by Friedrich von Wieser, Eugin Ritter von Bohm Bawerk and continuing through the present day, not only in Austria.

The Austrian School, beginning with the founding fathers Carl Menger, Friedrich von Wieser and Böhm-Bawerk University of Vienna, late 19th century and the striking innovation that came with Carl Menger’s subjective theory of value [3]. Menger spelled out the subjective basis of economic value, and fully explained, for the first time, the theory of marginal utility. The greater the number of units of a good that an individual possesses, the less he will value any given unit. In addition, Menger showed [3] how money originates in a free market when the most marketable commodity is desired, not for consumption, but for use in trading for other goods.

-          Product value is the consumer’s subjective valuation of the product.

-          The value of labor, capital and natural resources is their contribution to creating value for consumers.

-          Low wages is signal of low creation of value for consumers, not of capitalist exploitation.

-          Saving is not-consuming and the supplier of saving wants and gets compensation (interest).

-          Savings are invested in capital goods, which increases output and also raises the productivity of labor [1]. Wages will go up.

-          There is no capitalist exploitation of labor, but harmony of interests of capital and labor.

Ludwig von Mises is a member of the second Generation, together with Friedrich August von Hayek. Building on the work of the founding fathers: Menger, Böhm-Bawerk, Wieser.

Second generation Austrians Mises and Hayek were pioneers in the monetary theory of the trade cycle [8,7,4]. The business cycle is defined as a cyclical movement of prices, production and employment around a normal level. Driver of the cycle is credit creation by banks. It increases the quantity of money and induces over-investment in the boom. The boom ends in a crises followed by a down-swing. Hayek links the theory of the trade cycle with the capital theory of Böhm-Bawerk. In the early stage of the upswing banks lower the bank rate of interest [4]. It encourages a capital intensive type of investment. In the later stage of the upswing real wages go down and the bank interest goes up. Investors cancel their capital-intensive investment projects. The banks’ cyclical lending has short run impact (output) as well as long run impact (capital structure).

Concerning Keynesianism and the theory of economic cycles, Austrians believe that the approach is more of a panacea for short-term economic growth and goes without a long-term analysis of the effects of economic stimulation. In fact it would prompt Stagflation and Inflation in the long run. Over-investment in the boom and ends in a crises followed by a downswing are induced by credit creation by banks who are drivers of the cycle.

The Austrians reject Keynesian theory and policy: It is bad economic analysis, focusing on short run impacts. A theory of capital is lacking and therefore long run effects are not analyzed. Bad economic analysis inspires bad economic policy. Short run economic stimulation to attain full employment is bad. The structural defects in the economy are overlooked. The result in the longer run: disastrous inflation and stagflation.

After World War II the welfare state emerged. The welfare state frustrates people to pursue their ends freely and to discover and generate practical information necessary for the advancement of society. The aim of Liberalism is to promoting the welfare of all, not of a special group. It brought welfare unknown before, in mankind.

With regards to the past, the Austrian School basically has rejected the institutional design of communism because it would result in centralization and oligarchy [5].

By the late twentieth century, a split had developed among those who self-identify with the Austrian School, sometimes called the modern Austrian school. One group, building on the work of Hayek, works from a critical viewpoint within the broad framework of neoclassical economics, including its use of mathematical models and general equilibrium. A second group, following Mises and Rothbard, rejects the neoclassical theories of consumer and welfare economics, and assert that economic theory went entirely astray in the twentieth century; they offer the Misesian view as a radical alternative paradigm.

Rothbard write a textbook to explain Mises “Human Action” [7], a sample chapter he wrote on money and credit Mises’s approval. The result was Rothbard's book [9], published in 1962.

Rothbard writes in [10] that the role of the economist in a free market is limited but the role and power of the economist in a government that continually intervenes in the market expands, as the interventions trigger problems which require further diagnosis and the need for further policy recommendations. Rothbard argues that this simple self-interest prejudices the views of many economists in favor of increased government intervention. Rothbard in some areas — for example, monopoly theory, utility, welfare, and state theory — has further strengthened the Mises approach and started the Austrian theory of rebirth. Rothbard argued that the only real monopolies are created by the government.

What began in Austria has evolved to a global movement in the fourth generation, composed notably by Huerta De Soto [11]. Professor Andries Nentjes identified four generation of Austrian School. Will try to extend and elaborate generations of Austrians.

Buchanan was largely responsible for the rebirth of political economy as a scholarly pursuit. Buchanan has done more than most to introduce ethics, legal political thinking, and indeed social thinking into economics [2]. Crucial to understanding Buchanan's system of thought is the distinction he made between politics and policy.

Theorists of the Austrian school have focused considerable effort on elucidating the ideal monetary system for a market economy. On a theoretical level, they have developed an entire theory of the business cycle which explains how credit expansion unbaked by real saving and orchestrated by central banks via a fractional-reserve banking system repetitively generates economic cycles. On a historical level, they have described the spontaneous evolution of money and how coercive state intervention encouraged by powerful interest groups has distanced from the market and corrupted the natural evolution of banking institutions [6]. On an ethical level, they have revealed the general legal requirements and principles of property rights with respect to banking contracts, principles which arise from the market economy itself and which, in turn, are essential to its proper functioning [6].

Traditionally, members of the Austrian school of economics have felt that as long as the ideal monetary system is not achieved, many economists, especially those of the Chicago school, commit a grave error of economic theory and political praxis [2] when they defend flexible exchange rates in a context of monetary nationalism, as if both were somehow more suited to a market economy [6].

Austrians believe that until central banks are abolished and the classic gold standard is re-established along with a 100-percent reserve requirement in banking, we must make every attempt to bring the existing monetary system closer to the ideal, both in terms of its operation and its results [6].

Austrian Liberalism is a peaceful concept. That is the reason why it is opposed to Communism and Fascism in the same time. With regards to the past, the Austrian School basically has rejected the institutional design of communism because it would result in centralization and oligarchy.

The central planner lacks the price information on which combination of inputs to use for outputs; which outputs to produce and how much, in such socialist economy, economic calculation is not possible as consumers’ needs will not be satisfied adequately, due to the lack of price formation.

The aim of Austrian school of economics Liberalism is to promoting the welfare of all, not of a special group. It brought welfare unknown before, in mankind.

For instance, in the USA or the United Kingdom, it is uncommon for a student who is late for class to knock on the door and apologize to the teacher.

The usage of dry extracts of fruit and berries, enriched in flavonoids as...

For instance, in the USA or the United Kingdom, it is uncommon for a student who is late for class to knock on the door and apologize to the teacher.

The usage of dry extracts of fruit and berries, enriched in flavonoids as...