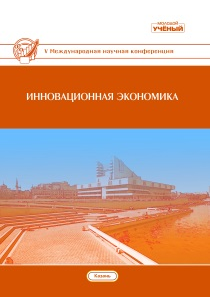 The tax policy in each country plays an important role in the development of the country’s economy because the tax policy is considered to be an integral part of the fiscal policy which is an important part of the macroeconomic policies carried out by the country. The tax policy is based on the economic, social, and financial support of the state, aimed at ensuring economic growth, redistribution of financial resources, meeting the financial needs of the state and society. In addition, the taxation system enables to harmonize the economic interests of the state and taxpayers.

The tax policy determines the issues that regarding the nature of taxes, existing trends in taxation, tax rates, and taxes which are to be introduced.

In the economic literature it is emphasized that through the taxation policy it is possible to achieve the following goals [1]:

With the aim of financing national, regional and local programs for the state social and economic development, fiscal aim implies the involvement of a part of national income in the budget system.

The economic aim of the tax policy envisages the implementation of structural changes in the economy, redistribution of the GDP and national income among regions and branches, supply and demand management, to encourage entrepreneurship and investment activities.

Social aim of the tax policy implies providing tax incentives and preferences to the socially vulnerable groups of the population and disabled people, and a gradual decrease of inequality in the income level through the progressive taxation system.

Ecological aim of the state tax policy is directed to ensure environmental protection and rational use of natural resources by enhancing the role of environmental payments and fines.

Supervisory aim of the taxation policy ensures timely and complete tax revenues to the state budget, as well as compliance with tax legislation. Information obtained through tax supervision is also used by the government in the tax planning, as well as in tactical and strategic decisions on the socio-economic development of the whole country and regions. The supervisory aim of the state tax policy is to strengthen economic relations with other countries through bilateral and multilateral agreements on elimination of double taxation, reducing customs duties and ensuring the harmonization of national tax systems.

In our opinion, the tax policy which enables the simultaneous achievement of these goals can be considered as an effective tax policy.

The tax policy in our country is profitable and effective in international taxation. This fact is evidenced by the features of the tax policy of Uzbekistan as well as by analyzing the peculiarities of the tax system.

In the evolution of the development of the Uzbekistan economy, the taxation system has undergone a lot of radical reforms. These reforms are primarily aimed at liberalization of tax policy, reduction of tax burden on the economy, unification and simplification of taxation, and improvement of tax administration. In particular, the level of tax burden in the national economy has declined considerably in recent years.

Based on the essence and significance of the tax reforms, it is possible to indicate that the country is pursuing its strategic goals in tax policy:

‒ reduce the tax burden on the economy and the population;

‒ increasing the role of taxes in the efficient use of natural resources;

‒ use of taxation mechanism for the development of the economy and the structural transformations;

It should be noted that some of the afore-mentioned priorities of tax policy have been achieved at some level, and others have not been fully solved because of a number of problems that need urgent solution.

The tax reforms aimed at implementation of the economic development and structural changes can be divided into the following groups:

‒ raising export potential of the country through exporting goods and tax preferences and benefits given to taxpayers on the customs duties and customs charges, strengthening of foreign exchange flow into the economy;

‒ promote structural transformations in the economy by introducing import substitutions as well as benefits to the producers of socially significant goods and services.

The measures implemented to establish the unified and simplified order of the taxation are demonstrated in the following figure:

Figure 2. Tax incentives for the unified and simplified taxation of small businesses

The following measures are used to create a favorable tax environment for agricultural commodity producers:

‒ single land tax is introduced instead of all taxes and mandatory payments related to themain activites;

‒ it is advisable to introduce a convenient seasonal terms for paying a single land tax;

‒ it is recommended to introduce some amendments about single social payment.

Currently undoubtedly we can say, that in the direction of the tax administration improvement efficient and fruitful reforms have recently been carried out. In this regard the measures undertaken can be grouped in the following way:

‒ improving the mechanism of development and submission of tax reports.

It should be noted that considerable measures have been undertaken to ensure the stability and improvement of the tax system.

In particular, since 2008 the Republic of Uzbekistan has introduced the new Tax Code. The new Tax Code incorporates the key issues of the country’s tax policy, in particular the types of taxes and fees, the classification of taxes and mandatory payments, the taxation basics, tax terms, taxation regime of some taxpayers and other key processes. As a result, our country has developed the legal basis of modern tax policy, reflecting the advantages of world taxation practice.

The Tax Code has created a comprehensive and timely system of guarantees and tax incentives for domestic and foreign producers and investors. This is a crucial factor to achieve a sustainable economic growth in the country.

Currently taxation in Uzbekistan is generally based on the following taxation regimes:

There are significant differences in the number of taxes, their structures, objects, bases, rates, privileges, terms of payment, and other elements in the tax filters used. In addition, application of a particular taxation regime to a certain category of businesses definitely affects the economic activity of taxpayers of that category.

In our opinion, the most important aims of the tax policy in Uzbekistan should be establishing an effective tax policy and providing a favorable tax environment:

‒ unification of the taxation terms for all taxpayers, especially for business entities;

‒ simplification of the taxation system by unifying taxation mechanisms;

‒ ensuring stability of the tax system, as it enables entrepreneurs to anticipate their development on a medium-term basis;

‒ improving tax administration by reducing tax avoidance and increasing the degree of the tax collection.