Khanty-Mansi Autonomous District — Yugra. The current state of the oil industry as well as promising directions of region development 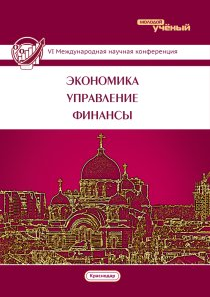 Khanty-Mansi Autonomous District — Yugra. The current state of the oil industry as well as promising directions of region development

Khanty-Mansi Autonomous District is often called the «region of oil cities» (Surgut, Nizhnevartovsk and so on). Academician I. M. Gubkin in 1934 predicted the existence of oil and gas within the district. Drilling of key wells was begun in 1951, 21 September 1953 exploration well in village Berezovo gave a powerful gas fountain that gave an impulse for the beginning of district life’s changes and country economy. Production potential of Khanty-Mansi Autonomous District is in the top ten subjects of the Russian Federation and also is the foundation of the Russian Federation's energy base.

Khanty-Mansi Autonomous District –Yugra is one of the leading Russian regions by production of liquid hydrocarbons (approximately 56 %) and one of the largest oil producers in the world (about 6 %).

Industry are expressed mainly by the enterprises of oil and gas production that accounts for more than 75 % of industrial output and all others carry out secondary functions, with the exception of electricity. In a region's territory the largest oil and gas companies operate: LUKOIL, Surgutneftegas, Rosneft etc.The oil-refining industry supports auxiliary function and it is not an industry the specialization of the district. The overwhelming majority of produced oil by the oil pipeline system goes outside of the district to the West, partly are delivered to eastward to refineries of country and for export. The high share of machine building and metalworking is provided with the high cost on carrying out an equipment repair. The extremely small role of the forest industry which in this region has a sufficient resource base for development. The main part of budget revenues in 2014 are formed for account of four taxes — the tax on mineral extraction — 405 1 651,3 million rubles (73,0 %), the value added tax (VAT) — 227 543 million (11.8 %), tax on profit of organizations — 162 123,3 million rubles (8,4 %), the tax on incomes of physical persons (NDFL) — 70007.6 million (3.6 percent). The highest part of the tax proceeds had been formed by payments of taxpayers in the fuel and energy sector, the main activity is «extraction of crude petroleum and natural gas, provision of services in these areas».

According to expert's opinion, Yugra along with Moscow, St. Petersburg and Yekaterinburg is a region with high economic potential and minimal risks for the business.

Oil fields development in the Khanty-Mansi Autonomous district-Yugra started in 1964. At the beginning of 2013 from the Earth interior was produced about 52 % of recoverable oil reserves.

According to a research of the journal «Oil and gas vertical», on explored undrilled reserves of undistributed resources accounted for 3 % of the stock of the region with ORT is 0.260. The expected growth of a previously estimated reserves of C2 category account up 8 % with ORT 0,244. Undrilled reserves by quality is more labour-intensive and for their production will need more efforts, material inputs and financial resources.

Of all discovered fields is developed 246, 186 deposits with industrial reserves of 376 million tonnes of oil is not introduced into development up to now.

The oil deposits are divided into four groups. On the territory are located 12 fields with reserves over 5 million tons. They contain a total 224 million tons of reserves and putting into operation can give about 8 million tons of oil per year maximum production.

In spite of some slight decline in annual oil production of the district, the production potential of Khanty-Mansi Autonomous district — Yugra is still quite. high.

The total potential growth of annual production is estimated at more than 150 million tons.

To ensure its security Khanty-Mansiysk will be implemented in the following areas:

                    The government must build an economy with lower dependence on the world markets of liquid hydrocarbons and energy resources of Yugra.