Use of Regional Logo as a Means for Achieving Competitive Advantages 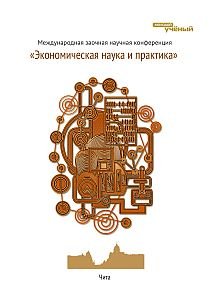 Globalization is changing upon the context into which are operating governments, institutions and businesses that want to export. Companies and their products compete with imports in their markets from the global market. With the liberalization of agricultural markets and global integration of food chains, food quality and safety has become the main concern for many businesses. This study attempts to show how use of Regional Logo from regional businesses, which build also the image of the region, may serve as a means in achieving competitive advantages. The study has been conducted in Korca Region, which is located in the southeastern part of Albania and borders with Greece and Macedonia to the South and East.Methodology of the study includes secondary data collection and realization of primary research through personal interviews with regional businesses and end users. Study finalizes by drawing conclusions for businesses as well as end users.

Korca District is situated in southeastern Albania, in the Central Mountainous Region. It includes three cities and towns: Korca, centre of the District, Bilisht and Maliq, as well as 27 communes. Korca is one of the main towns in Albania. Economically speaking, Korca used to be one of the most important centers in the region, in which trading of agricultural products with other countries took place. The old Bazaar, wherepeople could easily find various handicrafts and agricultural products, was the key to the economic development of the city of Korca. By mid-19 century, the Old Bazaar in Korca registered around 1000 different shops. Before the 1900, Korca used to be a developed industrial and agricultural area, due to its favorable geographic position and climate. Currently, the main branches of the economy in Korca include light industry, trade and services. The main sectors of business include the agro-business sector, garments and tourism. A good part of the revenues is provided from the remittances sent by the Albanian immigrants of Italy.

At present, Korca is home to one of the biggest food-processing businesses nationwide for the production of flour, sugar, meat, salami, dairy products, drinks, and snail canning. Korca ranks second nationwide in terms of the size of the agricultural land, which makes agriculture the most important sector of its economy. Agricultural products account for 32 percent of all revenues. Great prospects are in store for the small and medium agro-business enterprises and consequently, for the size and relevance of the agricultural sector in the Korca District. The garments sectors accounts for 33 per cent of the district’s economy. The tradition of the knitwear and carpet production industry continues today and accounts for the largest employment. On account of the tourist attractions the city offers, tourism is becoming ever more important.

II. Use of the Regional Logo

The initiative for creating the Regional Logo of regional products was firstly started from the Chamber of Commerce and Industry of Korca in cooperation with the German GTZ in Korca. The aim of the Logo was to be used from all producers of agricultural sector, agro-processors and handicraft which fulfilled the criteria for its use and identified the products of Korca Region in market with the highest values they convey related to the origin, quality, and safety of products. Until 2009, number of businesses using the Regional Logo was small. This was because of the lack of information and low level of business and end users’ awareness on the value of its use as a distinctive feature of the Region.

The marketing plan designed for this reason included the analysis of the elements related to demographic characteristics of the market, its tendencies, SWOT analysis, competition, main factors for success as well as problems. On the other hand, level of awareness of customers for consuming guaranteed products, level of recognizing the Regional Logo and the level of their interest on the Logo was identified.

III. Analysis of the Situation

This topic is made of some sections.

The market for guaranteed products with quality standards has been increased. This is the result of increased business competition in order to preserve the market niches or expand them, increase awareness level of customers for consuming guaranteed products and business environment which has become more dynamic and closely related to economy globalization.

Performing the SWOT analysis is an important element of market analysis of Regional Logo and estimates the strengths, weaknesses, opportunities and threats.

Regional Logo “Product of Korca Region” is faced with some kinds of competitors as follows: processing businesses which do not operate in market with Logos or Regional Brands, which operate in inappropriate hygienic conditions or offer lower price products.

Marketing research was realized in two stages. During the first stage, interviews were conducted in order to collect information on the effect of using the Regional Logo on producers and processors who actually are using it. In the second stage, the research was conducted on end users in order to identify their awareness level on Regional Logo, their interest and demands in consuming guaranteed products.

4.2 Results of the first stage of research

As mentioned above, some producers who are actually using the Regional Logo were interviewed. They were meat processors, honey and mushroom producers. The results of interviews show as follows:

Asked about the effect of using the Regional Logo in identifying better their businesses, business representatives said that although it is only the beginning, this initiative is considered positively.

As far as the use of the Regional Logo is concerned, related to building the image of their products or business, they were not able to define clearly its effect. However, they thought that its effect must have been positive.

Concerning the role of Logo application in facing the competition, businesses thought that it had a positive impact. However, this opinion will be strongly supported in the course of time when the Regional Logo will be more consolidated.

The respondents include the Logo only on the product packaging, thinking about it as a promotional element, but did not include it in promotional messages in order to identify the unique image of the region with products that convey guarantee and safety.

4.3 Results of the second stage of research

This stage focused mainly on end users of products of Korca Region. Performing this research stage considered primary data collection with personal interviews through a well-structured questionnaire. The questionnaires were completed in Korca Region (Korca, Pogradec, Erseka, Bilisht). 100 questionnaires were filled up distributed according the following percentage estimation: 50% in Korca, 20 % in Pogradec, 20 % in Bilisht and 10 % in Erseka. Selection of the sample was representative.

Asked about the level of distinguishing the Logo “Product of Korca Region”, 68% of customers had no information, 29% has heard something about it, and only 3% of them were fully informed.

Asked about the effect on their buying decisions, in order to choose the product displaying the Regional Logo, 93% of them thought they would be affected from it, whereas 7% thought about no such effect. This means that customers are interested on products that are safe and guaranteed, but their interest is increased when they are attached the Origin Logo. Even, 98% of them thought that products are better competitors when are attached such logo and only 2% thought it would not made any effect.

Interviewed businesses are faced with a high competition level in market, but they were not able to evaluate the role of Regional Logo in identifying better the business and building their image. Businesses were limited in including the Regional Logo in their packaging, but did not use any other form for promoting the product.

Customers show a high level of interest in consuming guaranteed and high quality products. Their interest goes even further if they are attached the Logo or any distinctive sign of the Region where it comes from. Identification of geographical region where the product comes from, affects positively the customers in choosing the products. Promotion of products would affect the promotion of the Region itself.

In order to face better the competition and increase sales in an open market with various products, producers and processors of primary products should push forward the high qualitative parameters associated to their products because such attribute is highly appreciated from the customers.

Applying the Logo “Product of Korca Region” as distinctive sign of the origin should be embraced from other businesses. More efforts should be done in increasing the customer’ level of information on Regional Logo. This could be achieved through promotional campaigns (advertisements, leaflets, posters) which enable the awareness raising and the interest of customers to consume products with Regional Logo.

Business of Korca Region will be more competitive in market because of the Logo. They not only will be identifying the geographical region, but it will serve as well as a guarantee for the quality of each product displaying it. Such initiatives will help the sustainable development of Korca Region and its promotion.