The history of the clarke systems’ creation 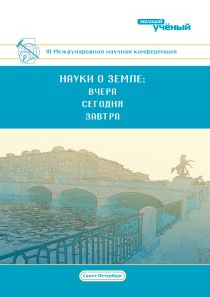 The basic geochemical law of V. M. Goldschmidt says: clarkes of elements depend on the structure of the atomic nucleus and their migration — from external electrons, which determine the chemical properties of the elements. Clarke is the average content of a chemical element in the earth's crust. Clarkes of elements in rocks, waters and vegetation are now established [14].

According to A. E. Fersman, clarke — is the normal content of the element in the system, allowing to fix any deviation from the norm (concentration or dispersion) caused by migration of elements [13].

In the migration of elements, clarke elements are a quantitative indicator of their concentration. In more general understanding, clarke is referred not only to the earth's crust, but also to other global (for example, vegetation of the continents) and cosmic systems. Differences in the clarkes of chemical elements are very large. The elements are conditionally divided into two groups: the main ones, with a content of not less than 0.1 %, and scattered.

Clarkes are expressed in %, in g/ton or g/g, (weight or mass clarke) in % of the number of atoms (atomic clarke). Weight clarkes are the average mass contents of elements expressed in percentages or in grams per gram of rock. Atomic clarkes express the percentage quantities of the number of atoms of the elements. For hydrogen, sodium and magnesium, weight clarkes are respectively equal to 1; 2.40; 2.35; And atomic — 17.25; 1.82; 1.72.

Only in 1889, was the first summary table of the average chemical composition of the earth's crust to a depth of 16 km by F. W. Clarke, the head of the chemical service of the US Geological Committee. However, the figures obtained by F. W. Clarke have changed little with the improvement of the methods of analysis and have retained their significance in our time. The activity of F. W. Clarke, who dedicated more than 40 years to this studies, was highly estimated by the founders of geochemistry. At the suggestion of A. E. Fersman in 1923, the quantities characterizing the average content of chemical elements in the earth's crust began to be called «clarke».

The clarke values determine the course of many geochemical processes, including those directly affecting on the development of living organisms, including humans; on the safety of life; on the sustainable development of regions, and so on. Considering this, as well as the connection between clarke contents of chemical elements and the structure of the nuclei of their atoms, A. E. Fersman wrote in 1944 about the clarkes: «Geochemistry has mastered the new constant of the world» [14].

The knowledge of clarkes is valuable in the search and industrial assessment of the location of mineral deposits, since clarke elements serve as a model for comparing the increased or decreased content of chemical elements in rocks, mineral deposits and entire regions.

The atomic clarkes calculated by A. E. Fersman were most famous. Gradually, the term «clarkes» began to spread to the larger geochemical systems, such as the Earth as a whole, planets and others, rather than «geos», but rather space systems. The same term was also used to refer to substantially smaller geochemical systems and, in the first place, systems that are an integral part of the lithosphere. These include areas that are large geological regions that differ significantly from each other and from the average composition of the lithosphere. A. E. Fersman suggested to call them geochemical provinces and previously identified 26 such provinces in the territory of the former Soviet Union. The Finno-Scandinavian Shield, the Crimea and the Caucasus, Transcaucasia, the Near Moscow Coal Basin, and so on can be called as their example. According to Herbert Edwin Hawkes and John Stuart Webb, it is possible to focus on changing the contents of a group of elements even in only one type of rock, widespread in this area in the allocation of geochemical provinces. The average contents of chemical elements in such abiogenic geochemical structures are called local clarke contents. To distinguish the geochemical systems that make up the lithosphere, one can approach from the other side and consider the different types of rocks most widespread in the lithosphere. In this case, the clarke contents of these rocks will be the average content of chemical elements in certain rocks of the Earth, which have become most widespread in the lithosphere. For example, the clarke content of chromium in sandstones [1]. The greatest spread in Kazakhstan is using clarkes of chemical elements, established for rocks of different types created by I. V. Glukhan and V. I. Serykh.

The clarkes of geochemical provinces and even more of different types of rocks, are substantially different, not only from each other, but also from the clarke of the earth's crust. V. I. Vernadsky in 1937, introduced a concept as clarke concentration to clearly establish such differences.

Clarke concentration (according to V. I. Vernadsky) — the ratio of the average content of an element in a deposit or any object of nature (mineral, rock, ore, body) to the clarke of this element in the earth's crust, characterizing the degree of its concentration or scattering in a given object or natural process The clarkes concentration of each element vary thousands of times, sometimes a million times in the formation of ores and ore minerals (Au, Ag, Hg, Bi, etc.).

The values of clarkes of specific elements are different for millions of times, depending on the stability of the elements' nuclei and the redistribution of elements in a particular system. The simplest elements predominate in the space — H and He (99.99 %), in the earth's crust (99 %) — O, Al, Fe, Ca, Mg, Na, K, Ti, Mn, H, in the hydrosphere — O and H, etc. The total content of elements in geochemical systems, the total reserves of certain metals and ores in the earth's crust, the scale of the deposits, the amount of minerals of each element, the behavior of the elements in geochemical processes are in a certain dependence on clarkes [1,5].

Over the course of a significant part of the history of the Earth's development (after its vertical stratification), the abundance of chemical elements (their average content) in the upper parts of the lithosphere can be considered practically unchanged [2, 3, 4, 19].

The establishment of average contents of chemical elements in the Earth's soils (clarke soil) is associated with great difficulties. Despite this, such calculations was carried out in the early 50s of the last century by the number of researchers (A. P. Vinogradov, R. Mitchell, D. Swain). The data of A. P. Vinogradov (1957) were the standard of the average content of chemical elements in the Earth's crust [6, 7].

The spatial unevenness of the prevalence of chemical elements is one of the distinctive geochemical features of the Earth's soils. R. Mitchell was the first who noted (1955) and established that the content of most of the chemical elements in the soils of different regions may differ by hundreds and thousands of times.

R. A. Daly counted clarkes of 141 species of magmatic rocks.