The education system in Uzbekistan was formed from the beginning of mankind development, it’s the highest level of education was madrassah. “Madrassah” is the Arabic word, means “to study”, is considered as secondary and higher educational institution. According to historical sources, “Forjak” madrassah was the first one in middle Asia which was written in “History of Bukhara” by Abu Bakr Muhammad Narshakhi as destroyed by fire in 937. In the period of Temurids and khanates great attention was paid to madrassahs. Especially many madrassahs named after khans of Bukhara, Khiva and Kokand are famous here. They are madrassah Abdullahon, madrassah Kukaldosh, madrassah Nodir devonbegi, madrassah Barkhan, madrassah Muhammad Inoq etc.

Mirzo Ulugbek also paid a great attention to science and education. Madrassahs in Bukhara, Samarkand and Gijduvan were built during his ruling period. 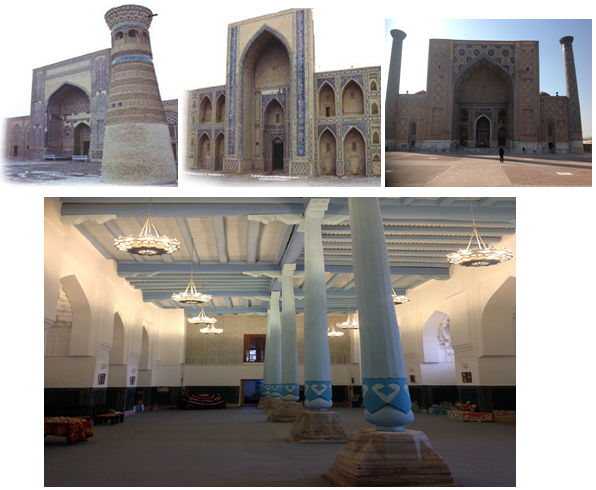 Madrassahs were built in different shapes, they include big and small rooms (hujra). Lessons were held in those rooms. We can define hujra at traditional Uzbek architectural small room, which could be used as a study and a bedroom for one or several students. Traditionally public houses as madrassah, mosque, mausoleum and sightseeings were built far from peoples’ houses. The walls around madrassah and other huge buildings completed the yard and hujras had the similar sizes. 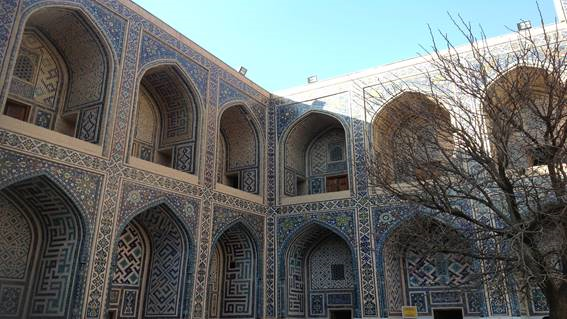 According to the style of building and madrassahs the number of hujras were different. There were 55 rooms in Ulugbek madrassah in Samarkand, they are situated in 4 sides as two — storeyed building. There were also many rooms in Bukhara and Gijduvan was one complicated, planned, consisted of mosque, rooms, drugstore and bedrooms. There are 10 rooms in two sides of the yard.

The holes above the doors of the rooms had the special place at the daytime the rays of the sun lightened the room, in the evenings it could be seen who was doing their additional tasks in the rooms. The size of door also has its own reason.

The rooms (hujra) of madrassahs were not very different in middle ages. Some of them were two — storeyed. It can be seen in Ulugbek madrassah nowadays. There are wooden steps inside the room which lead upstairs. 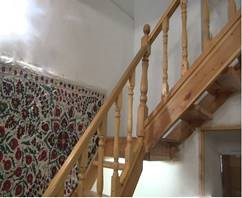 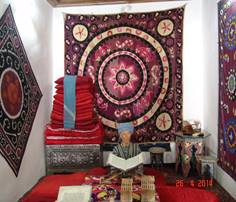 The upper room was used as a bedroom. The first floor was used at a study. This room was for two student. In the study student use such items as: books, pencils, pencilbox, piclures. In the corner you can see the place for washing and it shows that there were special tubes under the ground. There were also all conditions for cooking meal and boiling water there. 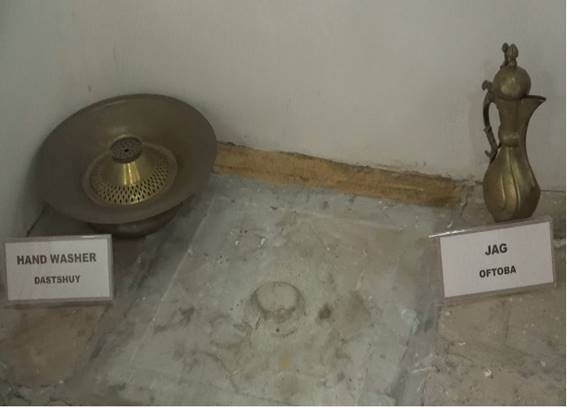 The consruction of rooms in madrassahs at that time was very convenient because all conditions were included in it. In the conclusion we may say that the attention was paid to education many centuries ago, only madrassahs in our country prove this fact.