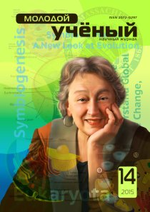 Among the group of younger logographs Xenophus The Lydian and Hellanic The Mitilenian deserve to be mentioned.

Xenophus was a lidian by birth. Svideus and Dioniseus The Hallicarnasian provide evidence about the time of his life. According to Svideus, “He lived (or was born) at the time of Sard invasion”–it is not definite which Sard invasion is referred to, – is it Sard invasion of 546 or of 498. It is also not clear what the word γεγονως denotes according to Svedius–wheter it means “lived” or “was born”. Thus the evidence of Dionysiusis more important. He says that Xenophuswas one of those historians who lived from not long before the Peloponnesian wars to the times of Phookididius. Apart from that, in his one fragment Xenophusmentions that there was drought under Arthaxserx I, who ruled between 464 and 425. Based on these facts, it can be considered that Xenophus lived in the years 500–440 B.C. [1. с. 91].

The work of “The Lydian history” in four books belongs to Xenophus. Only 27 fragments of it remainto this day but the genuineness of most of them is doubted. However, the arguments against them do not hold sufficient base; they are merely probable [6.с.53.].

Based on the excerpts it is possible to form some understanding of the content of the work. There are excerpts of geographical, ethnographical, domestic, mythological, half-mythical and half-historical character (for instance, excerpts dealing with legendary tsars of Lydia: Athius, Lyd, Torrebus and others).

For the characteristics of Xenophus as an historian, one can refer to the idea of Dionysius Hallicarnasian that Xenophus “was particularly versed in ancient history, as for his home-country he is considered to be a reliable witness without a shred of doubt” [2.с.67.]. The majority of the excerpts are too insignificant by content to make it possible to estimate the individual features of the authors and his critical capabilities; bigger fragmentswere, in all likelihood, exposed to severe distortion by the later authors. For example, Nicolai Damaskin (I century B. C.) drew a considerable amount from the work of Xenophus and he could significantly distort the original text.

Xenophus, as can be inferred from his work, stood out with his gullibility and almost total absence of criticism in referring to deep religiosity, which forced him naively accept and deliver folk myths and legends without even an attempt to rational interpretation and critical analysis, which we occasionally observe in Herodotus.

Hellenic The Mitylenian was by time the last of logographs. He cannot even fully named a logograph, as he is Herodotus’contemporary not his predecessor.There are several items of information about his life timefrom ancient sources but they are contradictive. So, Pamphila, a scientist of Neron’s epoch, informs us that at the beginning of the Peloponnesian wars (yr.431) Hellenic was 63 years of age [3.с.243–248]. According to this calculation, he was born in 496/5 B. C. According to the biography of Euryphid, Hellenic was born on the same day as Euryphid, precisely on the day of the battle near Salmine, i.e. in 480. If the evidence of Pamphila (which is based on the evidence from “The chronicles” by Apollodorhus, an historian of II century B. C.) is to be trusted, Hellenic was older than Herodotus, born in about 484. Dionysius The Halicarnasianal so considers him to be one of the historians, living before Herodotus. According to Pseudo Lucian, Hellenic lived 85 years [5.c.61]. in that case his year of death should be either 411/10 or 395. In the meantime, it is obvious in the scholia on Aristophanes’ “The Frogs” (verses 694 and 720) that Hellenic described the events of the year 407/6.If so, the date Pamphila claims has to be considered absolutely incorrect.Generally, scientists of the new timeconsider all these dates unreliable. The only fact that can be trusted is Hellenic lived out a vast part of V century and was a contemporary of Herodotus and Phukidid.

From Hellenic’s works, just like from the works of all the other logographs, only excerpts, which are 179, remain to this day. He had many works. We know, by the fragments, approximately 30 headings. It is rather difficult to show their definite order and figure out connections among them for the reason that different headings might belong to the same work or to its separate parts.

Hellenic’s works can be divided into the following groups: 1) genealogical 2) chorographical 3) chronological.

With this work of his Hellenic opens a lengthy row of so-called “attidographs”–writers of Attica’s history.

3.                  Chronological works: “The Carneian victories” (Καρνεονῖκαι), “The Priestesses of Hera” (ἹέρειαιἭρας), or “Priestesses in Argos” (ἹέρειαιαίἐνἊργεί), or simply “Priestesses” (Ἱέρειαι) in 3 books. The first of these works contained the list of winners on Carneian holiday (national holiday of Dorians in honor of Apollonius); the second one had the list of priestesses of Hera in Argos. The latter work dealt with the events of the whole Hellas in the form of annals. A year was named after a priestess (like in romans after consuls), and under every year the events happening in the year were stated. The names of priestesses served as a base for the chronology because the Hera temple was especially respected in Hellas and according to her priestesseswas kept account of years not only in Argolide but also in other places; so, Phukidid says in his story that Peloponnesian war broke out in the 48th year of Xrisidian priesthood [2.c.111.].

Besides the events of Greece, the chronicle tells of mythical events of Sicily and Italy; so, Dionysius The Halicarnasian refers to Hellenic’s story where it is said “the Sykilenian people left Italy three generations before Trojan war in the 26th year of Alkiona’s priesthood” [2.c.22]. From exactly the same work Dionysius takes a story that says “Enei, coming to Italy together with Odysseus from the land of molasses, founded a city and named it after a Trojan woman–Rome” [2.c.72].

Hellenic collected and systematized massive material on the mythical history of Greece. Myths and legends in his interpretation, which is lifeless and prosaic, lost any kind of poetry; gods and heroes turned into ordinary tsars; a marvelous element was eliminated.At times in order to smooth over contradictions in various variants of a myth he used too forceful means: one of them was the transformation of one individual into a number of the same-named ones.

The following historians not once, but many times condemned Hellenic; so, Phukidid reproached him for his describing the events of 478–431 in his history of Attica, i.e. “Attida”, briefly and indefinite in connection with chronology (I, 97, 2). Ephorus finds that Hellenic lied too much; Strabon cites him several times but only to reject his statements.

Hellenic’s chronological data, indeed, could not be definite; they are based on genealogy while usually three generations are considered equal to 100 years, thus each generation is counted as 33 years.