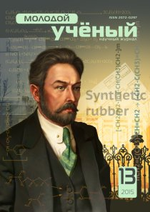 The use of strategies in translation depends on the recipient not the translator!

As many scholars say, “Translation is an art”. To be the master of this art, translators are supposed to know the proper names of the target language quite well.

Gergana Apostolova who indicates a variety of aspects to consider while translating proper names: The transformation of names in translation is rooted deeply in the cultural background of the translator which includes phonetic and phonological competence, morphological competence, complete understanding of the context, correct attitude to the message, respect for tradition, compliance with the current state of cross-cultural interference of languages, respect for the cultural values and the responsibilities of the translator. The process reaches from an ear for aesthetic sounding to the philosophical motivation of re-naming.

Different scholars suggest different strategies for translation of realia including proper names and I would prefer to analyze some of them and then give our own strategy.

-                   Tymoczko claims that proper names also indicate “racial, ethnic, national, and religious identity”. [10]. Therefore, she calls proper names “dense signifiers” and explains that they are “the most problematic to translate, in part because their significance is often culturally specific and dependent on cultural paradigms”. [10].

-                   Hejwowski states that in translated literature proper names perform an additional function, namely, they reveal the existence of the “cultural other”, and signal the reader that the text originated in a different culture. [4, p.93–100]

-                   Soltesz defines proper names as expressions denoting unique entities and states that they are part of the linguistic system of the community to which the donation of the name belongs.

Whilst translating proper names, most of the scholars suggest two ways:

Domestication: Domestication is a way of translation that makes some changes to the text or sometimes omits some aspects of culture.

According to Venuti, foreignization is very close to a literal translation and “attempts to bring out the foreign in the TT itself” when ST syntax and lexis are maintained in order to “preserve SL items in the TT (target text),” while domestication, the opposite strategy, “involves downplaying the foreign characteristics of the language and culture of the ST”.

Hervey and Higgins present these strategies for translating proper names:

Theo Hermans believes that there are at least four strategies for translation of names. «They can be copied, i.e. reproduced in the target text exactly as they were in the source text. They can be transcribed, i.e. transliterated or adapted on the level of spelling, phonology, etc. A formally unrelated name can be substituted in the target text for any given name in the source text. And insofar as a name in a source text is enmeshed in the lexicon of that language and acquires 'meaning,' it can be translated». [5]

Lincoln Fernandes lists a set of ten procedures in the translation of personal names as follows: [3]

-                     Rendition: When the in the ST is enmeshed in the TL, the meaning is rendered in the TL. For example, translating the word 'Lady' as 'Mulher,' which means 'woman' in Brazilian Portuguese, reveals that the translator has used a 'superordinate' (woman) instead of a hyponym of woman, a specific word such as 'senhora' or 'dama' (= lady).

-                     Copy: As a matter of fact, in this case, the name of the ST is exactly replicated in the TT—without any orthographic adjustment. As an illustration, Alice King is reproduced in the Arabic text—which has a different alphabet from English one-with no change.

-                     Transcription: This a method in which a name is transcribed in the equivalent characters of the TL. In order to keep the readability of the TT, some other changes such as addition or shift in the position of the letters may occur e. g. Ahoshta Tarkaan is changed to Achosta Tarcaã.

-                     Re-creation: A newly-created name in the ST is recreated in the TT so that it reproduces the similar effects in the TL such as Mr. Ollivander that is translated to Sr. Olivares.

-                     Addition: Extra information is added to the SL name so that it can be more understandable and desirable to the target readers. As a matter of fact, this method may also be used to remove ambiguities in the TT.

-                     Transposition: This is a change of one part of speech for another one without any shift in the meaning. In fact, this a way for translating titles that have transparent role in literature for identifying particular literary works. Because of this reason, this procedure is taken into consideration here.

-                     Conventionality: This strategy is defined as the acceptance of a typical translation of a name in the SL. In view of this case, it is interesting to know that conventionality is often used with historical or literary individuals as well as geographical names.

Heikki Särkkä reports that there are four strategies for translating PNs; [9]

-                     They can be transported completely from the TL to the SL (allowance being made for possible transliteration or transcription, depending on the SL).

2)             Non translation plus additional explanation-Adding explanations, either in the form of a note or in the text itself.

6)             Replacement by a more widely known name from the source culture or an internationally known name with the same function-Opting for recognize ability without abandoning the foreign context.

8)             Translation of names with a particular connotation-Reproducing the connotation in the target language, when names have specific connotations.

9)             Replacement by a name with another or additional connotation-Adding or changing the connotation of a name.

-                   Recognized translation, which refers to the process when a foreign name in the ST is translated with an official name already established in the target language.

-                   Functional equivalent, which refers to the process when a foreign word is translated with a culturally neutral word or set of words that points to the functional properties of the intended referent.

-                   Descriptive equivalent, which refers to the process when a foreign word is translated with a culturally neutral word or set of words that describes the intended referent.

We find giving a definition fairly sufficient. While translating a text from the TL into the SL or vice versa, we should give the definition of the realia so as to let readers, learners, or recipients know and comprehend the text quite well. For example, they went to Ghana (a country in West Africa between Côte d'Ivoire and Togo) to visit their relatives.

Or they went to Ghana* to visit their relatives. (At the bottom of the page *a country in West Africa between Côte d'Ivoire and Togo).

Sometimes, recipients have comprehension barriers due to realia because they do not know all the realia in the TL. They just want to read any kind of text, especially literary works, in this case it is hard for them to catch the meaning well or they may not distinguish types of realia, because they all begin with the capital letter and most of them do not have plural forms. So, sometimes even we also confuse: May be it is a name or surname, name of an organization or brand name, or name of an animal. Therefore, we, translators should always provide our consumers with an exact translation of anything that we are translating and try not to let anything be lost in translation.

Having discussed many strategies in our paper, we arrived at the conclusion that the only strategy can not be used to translate all types of realia accurately. So in the process of translation, translators should know the valuable strategies and use them appropriately in the right sense. One strategy may work quite well for anthroponyms. However, it may not work for toponyms.

In this case, we suggest that they should take the following into consideration:

Concluding aforementioned viewpoints, we can say that realia might be a little barrier for translators and interpreters; however if they are both well-educated linguistically and well-educated culturally (being familiar with culture of both the source and target languages and have a good command of proper names), it will be much easier for them to translate or interpret and of course, keep the content as deep as possible.

5.      Hermans, T. (1988). On translating proper names, with reference to De Witte and Max Havelaar. In M. J. Wintle (ed.) Modern Dutch Studies. Essays in Honour of Professor Peter King on the Occasion of his Retirement. London/Atlantic Highlands: The Athlone Press.