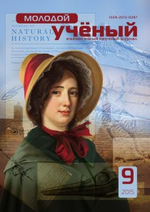 In the article the features of application of the theory of traffic flows in intelligent transportation systems, and methods of information transmission cars are stated.

The modern development of navigation systems in road transport is aimed at creating an ideal system providing the driver with information about the location coordinates and the final destination point, automatically making the shortest route of destination or providing the driver with analysis of alternative routes in dialog mode. Wherein the output control information may take various forms: verbal, visual, and continuously or the driver’s requests

In General, a car navigation system serves to reduce the psychological and physical tension of the driver, creating a comfortable environment in the vehicle. At the same time, such systems having a number of advantages, are not used widely due to their relatively high cost. [1]

In practice, in most cases, systems face, the input variables which are often random elements of nature. For example, the speed of the vehicle in a transport stream, the time intervals between vehicles, time of receipt or maintenance of vehicles at filling stations, in loading and unloading points etc. For modeling such variables we need to evaluate their numerical characteristics, to establish the probability distribution laws to allow us to use the methods of mathematical statistics. Procedure of simulation of random variables is rather simple way of accounting stochastic uncertainty in the simulation of systems. [2]

, as the possible values of a continuous random variable

, is uniformly distributed in the interval (0, 1),), and can be converted to a possible values

, the law of distribution which is specified.

To obtain a random variable

with a given distribution law the method of inverse functions can be used, the essence of which is the following

— the inverse function of

Describing the nature or structure of the relationships (dependencies) between the studied phenomena or indicators, if these dependencies are identified on the basis of statistical observations for the analyzed events or variables based on the sample of interest to us General population, we realize the framework of the problem concerning statistical study of dependencies.

- the so-called «input» variables that describes the functioning conditions; in the corresponding mathematical models can be referred to as independent factors, to the arguments of exogenous explaining;

) is not taken into account input factors as well as random measurement errors in the analyzed indicators.

Then the overall statistical research task dependencies can be formulated as follows:

according to the results of n measurements

the studied variables on objects (systems, processes) are to be analyzed together to have such a function

which would be best (in a sense), to recover the value of the resulting (predicted) variables

by given values of the explanatory variables

Cars and appliances communicate with each other (figure 1). One of the promising directions of improving traffic safety is the development and integration of communication system between cars. The system is a type of wireless network (WLAN, Wireless Local Area Network) in which there are two types of modes — vehicle (car, motorcycle) and infrastructure (traffic lights, traffic control center). A communication system between cars is part of the intelligent transportation system.

To implement the wireless connection in the car a set a number of constructive elements of the antenna, receiver, transmitter, control unit can be combined into a single WLAN module. As a module can be used by any smartphone with appropriate software and synced with the car.

The antenna module provides a wireless connection. The transmitter and receiver respectively receive and transmit information. Main work is done with the help of the control unit. It handles input internal (from the car) and external (from the network) signals and converts them into control output signals, which, in turn, are transmitted in the car radio and information display. In case of an emergency communication system can affect the car controls, preventing an accident. [4] 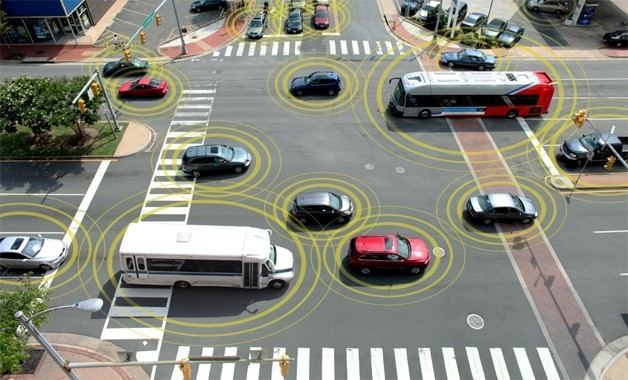 Figure 1. A communication System between cars

Wireless access to vehicles (WAVE, Wireless Access in Vehicular Environments) is organized in accordance with the IEEE 802.11 p. System short-range communication (DSRC, Dedicated Short Range Communications) has being implemented since 2002. Main features of the system: frequency is 5.9 GHz, range up to 1000 m, the vehicle speed is up to 100 km/h. At its core is a familiar Wi-Fi for cars/

A communication system between cars has several established names in Europe, that Car-to-Car (Car2Car, C2C), USA — Vehicle-to-Vehicle (V2V). The connection of the vehicle with the infrastructure referred to as Car-to-Infrastructure (C2I), Vehicle-to-Roadside (V2R). But all these names do not reveal the essence of communication, so recently another name — Car-to-X (C2X). «X« refers to vehicles and infrastructure.

In the C2C system are several ways to alert the driver: the audio signal and color bar on the dashboard of changing color depending on the degree of risk (Ford, Mercedes-Benz), audible alarm and a warning sign on the center console (General Motors, Toyota), dashboard (Honda, Hyundai, Nissan, Volkswagen). Some manufacturers in addition to visual and audible alarms include the vibration of the seat back of the driver (vibrates the side, which is threatened). [5]

Communication system between cars will be used in various fields as security, traffic management, implementation of electronic payments, access to global information resources, the implementation of motion control, automation of vehicle movement.

All the above mentioned systems to inform drivers have a number of disadvantages:

-          information display in the vehicle distracts the driver’s attention;

Currently there is communication between vehicles, such as «blink alarm — thank you», «distant light blinking — miss» etc., although the use of such signals is not prohibited by appointment of the SDA. Drivers violate traffic rules and at the same time, create potentially dangerous situations on the road.

So we need a system of vehicles communication in which the driver could receive and transmit accurate information in real time (location, optimal routes, possible dangerous situation in the route), there is minimal distraction from driving, car, receive information that could promptly to avoid potentially hazardous situations.

Thus for the implementation of this system like brain neurons is used (information transfer from vehicle to vehicle) requires the following conditions:

-          Information about the level of ease movement, about the incidents on the route;

-          The driver receives information in the form of audio signals, takes the optimal route;

-          A car must be equipped with sensors and information processing system;

In complexity of road networks and networks system organization of the movement the driver necessary needs the possibility of obtaining information in a strategic nature, which can be estimated and predicted in journey. Also in this context it becomes the purpose of developing the principles of the system of route guidance and driver information that helps them in selecting the most optimal route.