Entertainment and recreation of Uzbekistan 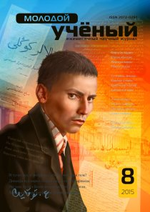 This article contains some information about the placement chain of sanatoriums in the territory of the Republic of Uzbekistan. Uzbekistan is differs with its landscape and picturesque nature from other countries. There are a lot of recreation conveniences for health resorts, health recovery and relaxation for the population in the regions. Consequently, these kind of recreation are specialized for the disease treatment and health facilities.

The great attention is paid to produce the infrastructure of entertainment and recreation development in the country. To firm consumer services sectors which responds international standards, to create new jobs, hotels and holiday homes, trade, restaurants and to build other objects gives favorable conditions to raise recreation and touristic potential. It is necessary to expand the usage of procurement system, also to assess the recreational resources in order to build such kind of objects.

Nowadays building rehabilitation objects are in a wide range in the regions. Having a lot of sunny days, the freshness of the air and high oxygen, healthful mineral water and mud demand to create balneologic, climatic spas to restorate human health. In the end, the recreational efficient use of resources in some areas will determine the economic and social development of some zones [2, 1–137].

All the rest and treatment facilities are registered in Uzbekistan. There will be construct the variety of diseases treatment sanatoriums and increase their directions in such leisure zones. That is why the most important problem is the usage of mineral water, the natural landscape attractiveness. The benefits of mineral water are required to establish their needs in the treatment of various diseases and climatic resorts [1,112–114].

People not only being treated in the sanatoriums, but also have an opportunity to go for a walk there. Consequently, walking widens the mind, serves to understand the world deeply, helps to recover their health [3, 1–207].

While having rest recovering his health a person has an attitude to the nature. People want to visit various interesting places of the world. Tourists try to enjoy the nature, to swim, to walk, to climb the mountains, to travel by car or on horse, to watch the nature, to go in for sport and to hunt.

There are sixteen sanatoriums in the system of Uzbekistan Trade Union Federation resorts management. It accepts about 3000 citizens according to the treatment. In order to create more favorable modern environment 3–4 placed rooms were destroyed and 1–2 placed rooms are equipped, “Lux” family rooms which are suitable for international standards and cottages have been established.

Including there have been created a short time courses for the comfort of population, day attendance treatment rooms. Above 68–70 000 hardworking people relax and restore their health in sanatoriums every year in our republic (Internet information,2010). For example, in order to strengthen the hardworking people’s health who live in ecologically bad conditions along the Aral seathere have been built “Gulparchin”75 placed and “Aydoskala”35 placed in Karakalpakistan Republic, 110 placed “Khonka” sanatoriums in Khorezm region.

“Umid Gulshani” sanatorium was built and put into operation in Tashkent region. Particular culture palace and canteen complex have been built in “Diagnosis and Medical Centre” which was formed in two storeyed modern architecture style, bedrooms was completely reconstructed in “Kashkadarya coast” sanatorium.

Medical diagnosis building was built in Abu Ali Ibn Sino. One summer swimming pool and two separately cottage with modern conveniences which is presumed for ten families in “Chortok”, “Buston”, “Ak-tash” sanatoriums, ten family cottage buildings with the best modern conveniences, there are the most modern two family cottages, 33 placed rehabilitation department for the patients with heart attack, administration and reception rooms in “Turon” sanatorium, there were built 16 placed “Lux” rooms in “Chinabad” sanatorium, there are 5 storeyedbuilding with 12 bedrooms in this sanatorium. 5 storeyed building with 7 bedrooms and a kitchen were rebuilt in modern style in “Botanika” sanatorium [5].

5 storeyed building with 4 bedrooms have been repaired and 84 placed “lux” rooms and medical treatment rooms with modern conveniences have been organized there. There are different diseases’ medical treatment circumstances there: for instance, breathe, heart, gynecology, the nervous system, vein, diabetes, stomach, gut, skin and others.

This table was formed by the author.

Western Tyan-Shan part of Tashkent region attracts people’s interest, desire with its inimitable nature spectacles. This zone consists of three regions: Bustonlik, Parkent, and Ohangaron, form the chain of the mountains. It is one of the most comfortable zones with its popular relaxation, having a rest, going in for sports, having medical treatment, training and being occupied with favorite worksand other opportunities for the population of Tashkent city.

Mother nature’s wonderful landscapes, fresh air and water, rare and various nature keepsakes (stones, waterfalls, relief views, the world of the planets and the animals) attract the tourists and nature lovers day by day. Nature landscapes in mountainous zones are open for the local people and the foreign tourists from the early spring till winter [1, 112–114].

Rich hydro mineral resources which are full of healthy peculiarities of all mineral water have been clarified in our republic. For instance, “Chimyon” sanatorium (from Limited product) can compete with “Matsesta” resort in Sochi in order to improve the population’s health with the sulphuretted hydrogen, mineral water. In “Chortok” sanatorium (Open Joint stock Society) and “Khonka” sanatoriums’ (Limited product) mineral water are high the iodine and bromine, chloride hydro carbonate natrium mineral water is found in “Chinobod”, “Turon” Open Joint stock Society and “Buston”, “Botanika”, “SitoraiMokhiKhosa”, ”Kashkadarya coast”, and “Kosonsoy” sanatoriums are not differ from “Saki”, “Eupotoria” health resorts and they are affective in digestive tract. There have been defined rhodonite water in “Abu Ali Ibn Sino sanatorium” of the Limited product zone “Pyatigorsk” sanatorium and they are widely used in treatment. “SitoraiMokhiKhosa” sanatorium in Bukhara is the only sanatorium which is presumed to cure kidney and urine diseases.

There are Jayronkhona, Omonkhona, Khudjaipak, Kukaydi, Zangiota, Obishifo, Moybulok and etc. sulphur and hydrogen healing springs in Surkhandarya region. People have consecrated these healing springs, and they have been healing their disease for a long time. It should be noted that the healing springs have been recognized as a rare gift of nature and reorganized into treatment centers in many places of Surkhandarya region. For instance, the medical institution in Jayronkhona, Omonkhona recreation area, Uchkizil sanatoriums, and others. In addition, salt mines and sand dams are also used for treatment [4, 1–131].

The number of increasing people of the country, the acceleration of the urbanization process, industrial development and the improvement of the population living standards will increase the demand for recreation. That is why to construct the recreational facilities and resorts which satisfy the requirements of the guests and the tourists, paying a special attention to the available nature resources, lifting the economy as a source of recreation resources have been a demand for all types of development time [3, 1–207].

Based on the above, we can say, the recreational use of resources, as well as the rest of the population, taking into account the needs in different regions of the country, the infrastructure resorts and sanatoriums infrastructure should be preformed. In addition, taking into account the availability of the necessary conditionswe can improvepopulation’s physical and spiritual health, financial and social status by establishingalltypes of recreational resources.