Transport tax in the tax system 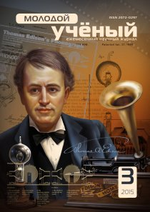 Taxes are a major source of refilling various levels of budgets. It is important to know the legislation and be able to apply them correctly in order to be responsible and act in accordance with the law and, at the same time, do not have the extra losses in business or personal business. The concept «transport tax» is not new to the legislation of the Russian Federation. First vehicle tax was introduced by the President Decree from 22.12.1993 N 2270 «About some changes in taxation and in budget relations at different levels.

In accordance with abstract 6 of the 3 Article it is determined that the taxes of the Tax Code must be defined as definite elements of taxation. In the regard to transport tax some elements of taxation (object, base, period, the range of variation rates) are established by the federal law, and other elements (interests, the procedure and terms of payment, reporting forms, tax credits) are established by-legislative (representative) bodies of the Russian Federation legislative system.

The need to study identified significant issues is ensured by the existed changes in legal regulation of relations arising in connection with the system of calculation and payment of transport tax and the changes in other important elements. The theme of this article is relevant, as tax payers may be physical or legal who should know the tax policy. The transport tax should be paid whether we mean a car, plane or barge. Rarely a modern enterprise deals without transport means, but in general we deal with a lot of transport means so it is very important to know transport taxation policy.

Changes in economic and social life of Russia and the rapid transformations in relationships among economic entities and their attitude to the budget, the influence of integration processes on Russian economy and world globalization make us to conduct an adequate tax policy and process the procedure of forming efficient tax system in this country. At the present stage of economic development this task can only be stated as the problem of forming Russian tax system, because the current system is less effective to be desired.

We need a text interpretation of the Tax Code that can help us in our practical operations in accountants’, lawyers’, business executives’ activities, in the work of ordinary taxpayers in solving complicated legal collisions. This article is intended to analyzing the existing tax legislation relating to transport taxation.

The concept a «transport tax» is not new in the legislation of the Russian Federation. First transport tax was introduced by the presidential decree on 22.12.93 № 2270 concerning some changes in taxation relatively to budgets at different levels of the state». Tax is used at transport enterprises. The object of the tax has not been crafted. In sub-paragraph «b« n. 25 of the Decree, it was stated that the transport tax is introduced at enterprises, institutions and organizations (except budget organizations) is 1 percent of their payroll, paying attention to the amounts paid to the cost of goods (works, services).

The procedure of collection the taxes going into the budgets of the Russian Federation is usually regarded as financial support and is intended for the development of road passenger transport, urban electric transport, commuter rail. Transport tax is levied in addition to taxes paid to the road funds, until 15 November 1997 and was canceled in order to bring the decrees of the President of the Russian Federation in accordance with legislation (Presidential Decree of 15.11.97 N 1233).

Unlike the former tax system a modern transportation tax applies to the so-called property tax. It is object of the trans tailors funds registered for citizens and organizations.

With the introduction of the transport tax system the tax is levied on the territory of the Russian Federation, this helped to solve a lot of problems and exclude:

According to paragraph. 1, of the Art. 5 of the Tax Code the legislative acts of the new taxes and fees of the Russian Federation must act since the 1 of January the year of adoption, but not earlier than one month from the date of its official publication. Consequently, the legality of charging vehicle tax in 2003, the law of the Russian Federation share to be adopted and officially published no later than November 30, 2002 So the law determined by elements of taxation — tax rate in the range established by the Code, the procedure and terms of tax payment.

In establishing the transport tax subject of the Russian Federation shall have the right to provide tax incentives and reasons for the taxpayers.

In accordance with Art. 357 of the Tax Code of the transport tax the payers are organizations and individuals of registered transport vehicles.

This provision is based on a fundamental difference of the previous legislation. Thus, in accordance with Art. 5 of the Law «Concerning the Road Funds in the Russian Federation» taxpayers were the road users, in general, all legal entities (enterprises, institutions, organizations, associations), paying no attention to the quantity, power vehicles belonging to them.

Subjects of transport tax system are owners of vehicles according to Art. 6 of the Law «On Road Funds in the Russian Federation» as addition to legal persons (including foreign legal entities), and individuals.

A taxation system in accordance with the current legislation concerning vehicles, including vessels and aircraft registered in the prescribed manner.

To our opinion, Art. 357 of the Tax Code it has a number of advantages in comparison to the previous legislation.

Firstly, all tax payers of vehicle tax were combined into one group — individuals and legal entities.

Secondly, common criteria for recognizing a person as the tax payer was established — the ground is the registration of a vehicle.

Due to the heterogeneity of taxation objects in accordance to Art. 359 of the Tax Code provide different procedures of determining the tax base, depending on the engine vehicles power, gross tonnage in registration form, or the number of vehicles.

Rules for calculating the tax period for transport tax system has no special characteristics and have not undergone any significant changes.

In accordance to the Art. 363 of the Tax Code, the tax shall be paid at the location place of the vehicle.

The Tax Code does not contain a detailed list of conditions to make up the procedure for paying the tax. Tax payment can be done as a single payment of the entire amount of the taxes or in another manner prescribed by the legislation acts on taxes and duties (Sec. 1, Art. 58 of the Tax Code).

The transport tax seems to have a different order having the introduction of tax advance payments. It should be emphasized that the order and time of transport tax payment shall be determined by the regional laws and but its not a competence of executive authority, otherwise the tax can not be considered as it was established (paragraph. 1,the Art. 17, paragraph. 1, the Art. 58 of the Tax Code).

The absence of the Tax Code in the Russian Federation has a clear order and timing of payment of transport tax which is to be considered a gap in the legal regulation of tax revenues, and to fill it is a positive development of existing legislations, allowing the subjects of the Russian Federation to establish a procedure of tax’ paying in the interests of taxpayers, depending on specific circumstances and conditions that can be chosen as the most convenient conditions for tax payment procedures.

In the previous legislation there were some rules. For example, according to the Law of the Russian Federation adopted on the 09.12.1991 № 2003–1 Concerning taxes on personal property» They say that transport taxes shall be paid equally by two periods — not later than 15 September and 15 November. Transport tax owners according to the Law «On Road Funds in the Russian Federation» are supposed to pay before registration of the vehicle.

Tax rates for the transportation tax are established depend on the engine power, the thrust of a jet engine or vehicle power engine.

Citizens have the right to tax benefits in respect to their chosen vehicle, indicating the brand of the vehicle and its state registration number.

If you have any right to benefit taxation the transport tax can be recalculated, as a tax is based on the coefficient, defined as the ratio of the number months as a period the taxpayer had the benefit.

Based on the above analysis of changes in tax legislation concerning the transport tax, we believe that the appearance of the Tax Code of the relevant chapter is justified and consistent to the concept reform of the tax system of the Russian Federation. Basic features of the rules of transport tax, is an updated version of the tax on vehicles which is a simplified and unified system of taxation of vehicle owners in a region.

If the previous legislation the type tax under consideration was dispersed by the operation of four different taxes (road tax, tax on vehicle owners; paid after the sale of cars which were registered as being in personal use of citizens; so taxes on water and air vehicles), this is a single tax with a sufficiently clear and rather defined structure.

The tax system is one of the most important elements of Russian economy. It is the main tool of influence on the development of the state economy, prioritizing economic and social development. In this regard, it is necessary that the tax system in Russia has been adapted in accordance to the new social relations, consistent with international experience.