Stimulation of growth of starting cultures by an electromagnetic field 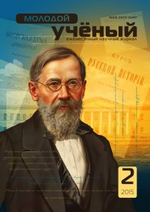 Conventionally, cold smoked sausage technology suggested using cold meat products of high quality for its production. Due to livestock reduction and cold beef shortage in the 90’s many meat-processing factories producing cold smoked sausage replaced cold meet with defrost meat products including the products that don’t meet the requirements of quality. Consequently it led to unstable quality of production and production loss due to technological deficiency [1, с.1017, 2,с.1115].

One of the ways of eliminating deficiency, making the quality of cold smoked sausage stable and increasing of production is to use advanced technologies [3,с.95]. Currently, among cold smoked sausage manufacturers chemical acidulating with glucono-deltalactone is common. Glucono-delta-lactone (GDL) is gluconic acid anhydride. When contacting with water it again forms gluconic acid and pH of forcemeat is decreasing disregarding its temperature. Still GDL can negatively affect the taste of the product, adding metallic off-flavor, slightly sour and bitter taste, making the texture spongy. It also changes the color of sausage products making it pale in dependence of the amount of GDL. Additionally, high amount of GDL can cause the growth of peroxide-producing Lactobacillus species which leads to rancidity and unstable color [4, с.1130].

Many scientists report about promising results of using starter cultures (bacterial preparation) consisting of thoroughly selected strains of microorganisms that is aimed at reducing technological process and obtaining consistent characteristics of the product of quality [5, с.1725; 6, с.1150].

However there are some disadvantages of using these cultures. Despite using them for activating maturation, the process of oxidation is slowed down because bacteria slowly decompose sugar which is added in accordance with the formula and necessary low pH is obtained only in 24 hours under relatively high temperatures which can cause fat rancidifying. Duration of the whole technological process is not less than 25 days whereas the production expenses are rather high [7, с.78; 8, с.1710].

The aim of this paper is to create optimal conditions for starter cultures activation with electromagnetic treatment for their quick development and reduction of fermented sausages maturation time.

A certain flora of preferred microorganisms should dominate in cold smoked sausages but not unpredictable microorganisms of a wild-type. One of the significant characteristics of starter cultures is their ability to produce lactic acid from carbohydrates and thus enable the reduction of pH level. Bacteria producing the acid can be divided into two groups: «homofermentative» and «heterofermentative» [9, с. 220].

«Heterofermentative» bacteria decompose sugars not only into necessary lactic acid but also into unwanted metabolites such as acetic acid, methylacetic acid, alcohol, CO2 and others.

In order to define the influence of electromagnetic emission on starter cultures microbiological analysis has been conducted which revealed growth index of microorganisms on meat-and-peptone agar. The scheme of the device is shown in Figure 1. 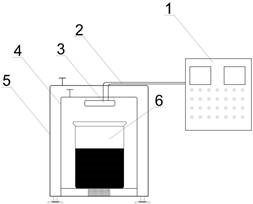 Medium used for the primary micro flora cultivation doesn’t affect organoleptic and physicochemical characteristics of a finished product. Thus we can apply it together with treated culture on the first stages of forcemeat composing.

For preliminary activation we placed starter cultures in a culture medium for 72 hours, afterwards they were treated with electromagnetic field. The results of the treatment are given in Table 1.

As it’s shown in Table 1, after electromagnetic treatment of starter cultures with frequency of 45 Hz for 60 minutes we get intensive growth of microorganisms.

According to data about changes of speed and balance in many chemical reactions in magnetic field it’s determined that magnetic field interaction with paramagnetic and diamagnetic molecules, which constitute the most part of the cell, is characterized by the energy of magnetic interference. This energy is much less than the energy of heat motion. Thus it can be considered that magnetic field doesn’t change and, consequently, doesn’t disturb the nature of chemical bonds in substances in general and in biological systems, in particular [10,с.120].

Many substances of biological origin are known to have liquid-crystalline structure, e.g. protein myosin which is a part of many membranes. There are opinions that certain structural elements of cytoplasm, e.g. mitochondria, have liquid-crystalline structure that is why anisotropy of magnetic properties is characteristic for them. We do not exclude that liquid crystals being magnetic anisotropic structures of the cell, are oriented under the influence of magnetic field. Being localized in membrane structures of the cell they are responsible for changes in membrane permeability which in its turn regulates biochemical processes.

Magnetic field influences some physical and chemical properties of water in the cells: surface tension, viscosity, conductivity, inductivity, light absorption. Water properties changes lead to the changes in integrated water system with protein molecules, nucleic acids, polysaccharides, lipids. It’s determined that magnetic field, changing the energy of the weak interactions, influences supramolecular structural organization of living things. It results in quantitative changes in chemical reactions certain of which proceed with enzymes. There are several types of magnetic fields, thus some of them activate biological objects. Their basis is rotating electromagnetic field [11,с.223, 12,с.77].

According to Logvinenko and Shelyakov (1976) the character of ferromagnetic particles motions depends on several factors, such as rotational speed and magnetic field intensity created by inductor, mass, shape, sizes and magnetic properties of particles, viscosity of the medium.

Oscillative, rotational and translation motion of ferromagnetic particles as well as rotation of the whole vortex band provides intensive agitation of the treated substance both in micro and macro volumes. In the places of ferromagnetic particles collision pressure up to thousand MPa can occur. In collision zone there are essential conditions for such physical and chemical processes which are limited in standard conditions. We can see that crystal lattice of solid substances is distorted, chemical activity of substances increases as well as the degree of their dissociation etc. Consequently effect of vortex band on different systems can lead to significant changes of the state of these systems.

Thus, electromagnetic treatment of starter cultures is one of the most effective ways influencing their activity. This physical method allows speed up the process of growth and maturation of fermented sausage 1.5–2.0 times.

Introduction of activated starter cultures during the first stages of chopping allows decreasing pH level down to 5.1–5.3 in a shorter period of time. Quicker pH reduction is important not only for growth inhibition of putrefactive microflora the growth optimum of which is in pH range 7.0–7.4, but it also significantly influences the speed of air drying. PH level in the range close to isoelectric point of meat proteins (5.1–5.5) creates better conditions for lowering water-binding capacity and, consequently, is optimal for producing nitric oxide pigment responsible for fresh sausage color.

Microbe-antagonists have salt fastness that allows them actively proliferate in the process of gradual dehydration of the product. In the result of the fast proliferation lactic bacteria and micrococcus push out gram-negative bacteria, aerobic putrefactive bacilli, and staphylococci. It influences the time period of fermentation of sausage and their shelf life.