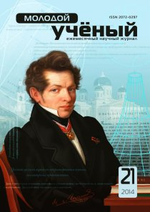 The number of tradesman in trade caravan routes [1] on the distance to the city or country to be visited, natural geographical position of the territory to be crossed, degree of quality and safety of roads, the existence of infrastructure on routes and the opportunities availability of them, the climate on season during the trip and similar conditions like that were taken into consideration.

In large caravans from 20 to 60 camels organized one drove and it was called «kush» or «tup» [2, c. 15]. Trade caravans were ruled by «carvanbashi» the chief of caravan who was responsible for determining the constituence of caravan, identifying the direction, establishing discipline and functions at movement in it, taking measures of providing security of caravan. Usually chiefs of caravans were the owners of certificate letter by the governor of the corresponding country which guarantees providing his and caravan`s rights on roads, necessary service and help in need. The chiefs of caravan usually came from authoritative social estate of the society, often had high political and economic prestige in society. They scored success in achieving wealth and becoming one of the influential and efficient representatives of the society. Especially, Somonkhudot (the founder of the Samanids dynasty Ismoil Samani was his great grandson) during his father caliph Umar`s reign (634–644) after loosing his political where abouts became the chief of caravan and achieved great wealth (treasure) and as a result managed to set up his political position again [3, c. 216].

Turkish people were also active participates of economic and trade relations in middle ages. The tradesmen who took part in international trade and trade caravans were called «Arkish» or «Arqis» [4, c. 440–441] by turkish people. This term means message or news bearer, ambassador and testifies that the turkish people took active part in internal and external trade relations in region [5, c. 54]. The two features can be observed in the development at service on trade roads. The first has been looked through in above mentioned lines and was closely connected with the service organization for trade caravans, representatives at embassy or travelers in large trade centers, cities and in other on route infrastructures. The second type of service was organized by serving for the trade caravan immediately on caravan route or becoming a member of caravan. The second group belonged cabmen serving with their large live-stock (horses, cattle, camels), guides or group of people as guides in some directions, interpreters who took main part in conversations at tradesmen speaking in different languages, healers who were required to be in trade caravans traveling to distant countries and others.

A group of people serving for the trade caravans with their live-stock or cabmen have ancient history. The work of cabmen had important role in organizing trade relations in high developed middle ages which is our object at research in restigation. Usually cabmen were people from regions on caravan routes. In middle ages the job of cabmen was the main profession of some estate of people or society. Also it is fact that even for some nomadic turkmen and kazakh tribes carrier`s trade was the only way of earning money. Especially, in late middle ages, kazakhs and turkmen were hired as route guides and cabmen where Central Asia established the large trade caravans of trade relations with Russia and Iran towns [6, c. 22–23]. Russian sources claims, especially, that it was possible rent wagons and camels in Bukhara city and in other large trade cities in the emirate of Bukhara [7, c. 9].

The rent payment for carrying luggage with camels was 8 verst, it equalizes in average 25–29,5 russian roubles for one stone. Karshi city was one of the centers of renting camel and Russian sources especially noted that they can be seen in all regions at emirate serving with their camels for 1 silver coin for 1 stone distance [8, c. 328]. Besides it was available to hire camels and wagons to carry luggage from Karshi to Bukhara and Samarkand cities [9, c. 204].

In general, we can say that renting carts and camels to carry luggage was possible in all large cities of the region. For instance, in the second half of the XIX century there were approximately 1000 carts, 5000 camels used to carry the luggage at travelers and tradesmen in the emirate of Bukhara. The wagons could lift 25 pud of load, a camel could lift 16 pud of load, a horse could lift 6 pud of load and an ass could lift 4 pud of load [10, c. 9–10]. In mountainous areas mainly horses and asses were used to carry load [11, c. 3]. The wagons were also used on roads from Bukhara to Kukon [12, c. 6], and the merchants going from Kukon to Kashkar city loaded their purchase on rented horses (8 pud for each horse) and paid 2–4 gold coins for each horse [13, c. 109].

The quality of roads had great impact on efficiency of trade relations besides providing security on caravan routes and other types of service. Also central and local government was responsible for uninterrupted use of roads and on route constructions [14, c. 44], there are facts about the spent money by state treasure and private individuals [15, c. 823] to establish __ route constructions [16, c. 187].

Success scored in medicine had positive impact on improving medical service on caravan roads. Perceptible success was achieved in medicine in middle ages. Special group of healers [19, c. 234–253] were organized to show medical service for travelers and trade caravans in outside of cities, large villages and in important stopping places. A lot of healers` dynasties appeared by inheriting medical knowledge and secrets of treatment from ancestors to young generation in habit. Especially, it was noted in sources that even in distant areas of regions there were local healers providing effective medical service for travelers and live-stock in caravans [20, c. 247].

There were special healers among embassy missions and large trade caravans. On one hand, it served in development of political and economic relations among different countries and in other hand, it served for exchanging medical experience and knowledge on trade roads to other regions [21, c. 46–48]. Special couriers, secret service men and other state personnel were usually with the most necessary medical supply and variety of medicinal (herbs). Also they could support emergency first medical aid for fellow travelers and themselves.

Cultural events organized in trade centers and large caravansaray on the caravan routes were the great economic income source for the owners of the property. It is worth to remember sensitive issue while speaking about the service system on ancient routes. It is the issue of protecting marital rights at tradesmen dealing with international trade and had to live in other countries for a long time period. There are facts about in different large trade centers the muslim tradesmen participating in international trade had several families in middle ages. Islamic religious laws supported the muslim tradesmen in these marriage relations. Also, it is noted that some merchants on trade routes and large trade centers enjoyed the service of light minded women. It is noticeable that this type of service especially spread in cities of China and Eastern Turkistan and state government was weak to stop this unease completely [22, c. 261–262].

In conclusion, we can notice that the service system on caravan routes was wide spread and studying the issue concerning to it is very important nowadays.

1.         Caravan (Persian word) — a group of people live-stock, wagons and cabmen going to distant countries in a row. The first and the last animal had a bell on neck.

14.     In some cases, the amount of money separated from state treasure was not enough or spent for other affairs. That’s why local people had to repair it. For example, the reign of Kukan ordered to reconstruct the road from Kukan through Tuytepa to Tashkent to the local inhabitants. You can find this information: Массон М. Е. Ахангеран. Археолого-топографический очерк. — Ташкент, 1953. — С. 44.

15.     For instance, In Kushbegi archieve in Bukhara, there was a letter to emir Abdullakhad of Bukhara emirate asking to build a stopping place on road from Karshi to Shakhrisabz. You can find this information: ЎзР МДА. 126-жамғарма, 1-рўйхат, 823-иш.