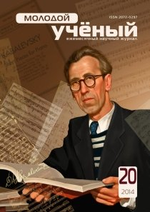 Alcohol is known to be one of the risk factors for death and disability. Observational studies suggest that alcohol consumption in large amounts is deleterious for cardiovascular health, whereas light to moderate consumption may be protective. However, findings for light to moderate drinkers could be due to unaccounted biases. It was concluded recently on the basis of a large international study that reduction of alcohol consumption, even for light to moderate drinkers, is probably beneficial for cardiovascular health [1]. At the same time, there are indications that the cause-effect relationship between alcohol consumption and stroke mortality, as well as the incidence of stroke in the former Soviet Union (SU), have been overestimated [2,3]. Similar overestimation is evident in regard to certain cardiovascular diseases (especially, ischemic heart disease), which have been, according to the author’s observations, often overdiagnosed post mortem in unclear cases [4]. A cause of the high registered cardio- and cerebrovascular mortality in Russia is evident for an anatomic pathologist with experience of autopsy in the SU. Since the Soviet times, autopsy has remained obligatory for patients dying in hospitals; but the attitude has changed. Autopsies were often made perfunctorily. Quality decrease in anatomic pathology and generally in the health care during the early 1990s coincided in time with the increase of cardiovascular [5] and hypertension-related [3] mortality; it was the time, when the stroke mortality «jumped dramatically» [2]. According to the author’s observations, if a cause of death was not entirely clear, it was usual to write on a death certificate: «Ischemic heart disease with cardiac insufficiency on the background of atherosclerosis» or «on the background of hypertension», if the latter had been mentioned in the clinical records. Obviously, presence of mild or moderate hypertension does not necessarily mean that it had significantly contributed to death. A tendency to overdiagnose cerebro- and cardiovascular diseases exists also for people dying at home and not undergoing autopsy, while hypertension would often appear on a death certificate if it had been mentioned in the clinical records. As discussed below, the stroke as a cause of death has sometimes been overdiagnosed as well, particularly in cases with neurological symptoms, which in reality could have been caused by intoxication with poor-quality alcoholic beverages i. e. substances other than ethanol.

Costs of drugs for an outpatient treatment are not covered by the obligatory medical insurance in Russia; and there are no discounts for a majority of patients. Regular therapy of hypertension or diabetes mellitus, especially that using modern medication, is hardly affordable on a regular basis for people with low incomes, especially the unemployed and some pensioners. Irregular treatment of hypertension continues to be a major problem in the countries of the former SU [6]. There is also a gender-related aspect, visible for an inside observer. Middle-aged and elderly men are underrepresented among visitors of governmental policlinics. In particular, people recognizable as alcohol abusers are not always welcome in medical institutions. For these and other reasons, many middle-aged men including alcohol abusers often stay at home even if they have symptoms, thus receiving no adequate treatment for chronic conditions such as hypertension or diabetes mellitus. This situation can be further aggravated by the planned closures of governmental healthcare facilities and reduction of medical personnel [7].

Furthermore, the following should be commented about the article [2]. The curves of alcohol consumption and stroke mortality, shown on the graphs, nicely follow each other; but reliability of quantitative estimation of alcohol consumption appears questionable: «Estimation of alcohol consumption per capita was based on a set of indicator of alcohol-related harm… The harm indicator series used was alcohol psychoses incidence rate because this indicator depends almost entirely on alcohol consumption» [2]. However, psychoses can be related not only to ethanol but also to other substances in alcoholic beverages and, which might become a topic for further research. Misdiagnosis of neurological derangements after ingestion of toxic alcohol-containing fluids as psychosis cannot be excluded as well; overdiagnosis of psychosis in the former SU was reported [8]. According to [9], about a half of the cases of lethal intoxication by alcohol-containing fluids during the 1990s were caused in some areas by legally sold beverages, while in many lethal cases a relatively low blood alcohol level was found [9]; further details are in [10]. During the anti-alcohol campaign, massive consumption of alcohol-containing perfumery and technical fluids (e.g. window-cleaner in some Siberian villages, which caused up to severe intoxications) was observed by the author. Considering large scale of the window cleaner sales, it was knowingly tolerated by the local authorities. Massive alcohol consumption after the anti-alcohol campaign facilitated the economical reforms of early 1990s with privatizations of state-owned enterprises. It is known that alcohol abusers can experience emotions of shame and guilt and have a low self-esteem [11], therefore being probably easier to manipulate and to command. Workers did not oppose privatizations of the factories partly due to their drunkenness, involvement in workplace theft and other illegal activities, e.g. use of equipment for private purposes, which was often tolerated by the management at that and earlier time. Many workers did not actively oppose privatizations, performed not always in accordance with the law, because they had not been innocent themselves; further details are in [12,13]. Admittedly, a tendency of quality improvement of alcoholic beverages has been noticed since approximately the last decade, at least in large cities such as Moscow.

Another citation to be commented: «It seems plausible that alcohol is a key variable in explaining of Russian stroke mortality crisis in the early-1990s» [2]. Note that the same period was characterized by a decrease in quality of alcoholic beverages as well as deterioration of quality control in the health care system, accompanied by an increase of overdiagnosis of cardio- and cerebrovascular diseases. The following citation (from Russian) is illustrative in this regard: «Increases and decreases in mortality (have been) related to cardiovascular diseases (CVD), particularly to ‘other forms of acute and chronic ischemia’ and ‘atherosclerotic heart disease’, but not to myocardial infarction, the proportion of which in Russian CVD-related mortality is extremely low» [14]. The explanation is evident: the diagnosis of myocardial infarction is usually based on clear clinical and/or pathological criteria, while entities such as «acute and chronic ischemia» or «atherosclerotic heart disease» are often used without sufficient evidence. Note that, on the contrary to the myocardial infarction, gross features of a brain infarction can be imitated artificially destroying brain tissue e. g. by a junior pathologist not inclined or incapable (because of the limited spectrum of available methods, toxicological tests etc.) to search for the true cause of death. The author remembers on cases of false-positive post mortem diagnosis of brain infarctions in an academic institution, which has probably happened more frequently in pathology departments of hospitals, where the control over the quality of autopsies has been less strict. Two examples illustrating unreliability of post mortem diagnostics: in the late 1990s, a young pathologist in a clinical hospital in Moscow performed an autopsy and wrote as a post mortem diagnosis «cancer of oral mucosa» without looking into the oral cavity, on the basis of a preceding cytological report mentioning «atypical cells» in a smear from the oral cavity. Another example: aplastic anemia was diagnosed post mortem referring to clinical records in an elderly patient with a red bone marrow in the femoral diaphysis without its histological examination and iron stain. Deterioration of diagnostics can be illustrated also by the cancer mortality statistics: the mortality from lung cancer in men decreased by 17 % over the period 1998–2007, whereas the mortality from breast cancer (which, on the contrary to lung cancer, rarely remains undiagnosed) — «increased considerably» [14]. Unreliable post mortem diagnostics is one of the obvious reasons for the fact that «in 2002 the stroke mortality rate in Russia among men age 45–54 years was ten times higher than in France, Germany or Italy [15]» [2]. In West Europe, the stroke rates tend to decrease, while «in Russia stroke is a rising cause of disability and deaths [16,17]» [2].

Finally, the following statement should be commented: «Epidemiological evidence suggests that binge drinking is an important determinant of high stroke mortality rate in Russia» [2]. Physiological aspects of the relationship between the binge drinking and stroke are not discussed here. Sharp decrease of stroke mortality especially in men during the anti-alcohol campaign [2] is in favor of such relationship, although reliability of statistics might be questionable. It should be commented however that heavy binge drinking is visibly in decline in Russia since approximately the year 2000, especially in large cities such as Moscow, which is in agreement with some reports [18,19]. During the Soviet period and shortly afterwards, many inebriated individuals could be seen in public places: drinking, sleeping, making noise, etc. In contrast with the past, there are less heavily drunk people in the streets today, and even marginalized persons are rarely seen drunk in public. Heavy binge drinking of vodka has been partly replaced by consumption of beer [20]. The role of alcohol as a cause of premature mortality in the former SU cannot be denied, but this role was obviously more significant during the 1990s, when drinking predictably increased as a recoil effect after the anti-alcohol campaign launched by Mikhail Gorbachev. It should also be mentioned that, evaluating the results of surveys and questionnaires [e.g., 21,22], it must be taken into account that these important research tools have been largely discredited in Russia by means of obtrusive solicitations to partake in different surveys, often asking for private information: in the streets, on telephone, and previously also by agents coming to private homes. Answers to the questionnaires can be biased, especially with regard to such a delicate matter as alcohol consumption and abuse.

In conclusion, the following causes of the relatively high mortality especially among men in Russia [5] should be pointed out: insufficient quality and availability of health care, poor quality and toxicity of some alcoholic beverages, including those sold legally in shops (acknowledging that there has been an improvement tendency since approximately the last decade). Sales of toxic alcoholic products were often tolerated by authorities. Insufficient availability of modern health care for a large segment of the population is a major contributing factor to the hypertension-related mortality including stroke in the former SU, whereas the role of alcohol has been exaggerated in some publications; more details are in [12]. Such exaggeration is apparently used to veil the shortcomings of the health care system, with responsibility for the relatively low life expectancy shifted onto the patients, that is, supposedly self-inflicted diseases caused by excessive alcohol consumption.