On the mathematical modeling of radiation-related abnormalities in humans 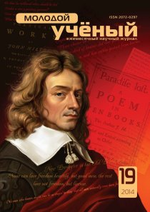 Mathematical models (MM) describe relationships between numerical values. One of the reasons for the modeling is that it helps to formalize ideas and facts known about the system under investigation [1]. Adequate MM can make testable predictions as to how a system would evolve under certain conditions [2]. In other words, MM make it possible to bridge gaps where data are missing i. e. to make extrapolations [3]. MM have reached the highest level in physics; in biology they have played a «softer» role because of complexity of biological systems [2]. A requirement to a MM is its validity [4]: once construed, a model and the range of variables, where it is supposed to be applicable, should be tested by reliable methods. Only thereafter a model can be used for extrapolations especially in medico-biological sciences, where many quantitative relationships are statistical and hardly predictable a priori.

In the recent article [5], dedicated to the Techa river cohort (TRC), it was stated that «modeling studies revealed the relationship between the dynamics of the lymphocytopoietic system in the examined individuals and the variation of dose rate over the considered period of time». Note that, as discussed in the preceding paragraph, MM describe rather than reveal relationships. The TRC consists of over 30,000 people who were born before the start of the radiation exposure in 1949 and lived along the Techa river [6]. Large discharges of radioactive waste into the river occurred during the years 1949–1956 [7,8]. Doses to the population decreased in 1956, when residents of the upper reaches of the river were moved to new locations and the most highly contaminated parts of the flood plain were enclosed [7]. The collective dose to the most exposed population from 1949 to 1956 was 6200 man Sv, with an average individual effective dose about 300 mSv, ranging from 36 to 1400 mSv (annual average from 4.5 to 175 mSv) [7]. The worldwide annual doses from the natural radiation background are generally expected to be within the range 1–10 mSv but can be higher [7,9]. So, at least a smaller part of the TRC received doses comparable to those from the natural radiation background. The doses received by the study subjects were not indicated in the articles under discussion [5,10].

In the author’s opinion, some quantitative risk estimates in the TRC have been questionable and conductive to exaggeration of the dose-effect relationships [11,12]. One of the mechanisms of exaggeration is as follows. The cohort members have been generally aware of their dose estimates calculated on the basis of their age and residence history. Some of them were preoccupied with monetary compensations, others probably with radiation-related health problems. It can be reasonably assumed that people with higher dose estimates were on average more motivated to visit medical institutions and undergo examinations (a self-selection bias), being at the same time given more attention. A similar phenomenon of the «dose-dependent participation of self-reported prescreening cases» was noticed among the residents of the contaminated territories after the Chernobyl accident [13]. Detection probability of abnormalities, especially those without local symptoms such as many hematological disorders, would be higher in people more frequently seen by medical personnel. Considering the above, a reason why a significant dose-response relationship for leukemias other than chronic lymphocytic leukemia (CLL), but not for CLL, was found in [14] and [15] (commented in [16]) seems to be clear: CLL is often accompanied by lymphadenopathy therefore probably remaining less frequently undiagnosed in the general population than other leukemias.

Another passage to be commented: «It is found that the developed model is capable of reproducing the decreased level of blood lymphocyte concentration observed during the period of maximum radiation exposure, the recovery processes in the system observed during the period of decreasing dose rate, as well as the enhanced mitotic activity of bone marrow precursor cells in this hematopoietic lineage observed during the entire period under consideration [i.e., years 1949–1956, emphasis added]» [5]. It is at variance with the known fact that radiation can inhibit mitotic activity [17,18]. The matter should have been clarified by quantification of mitosis (e.g. counting mitotic figures) and cell death (apoptosis) [19] at different time points after the exposure in experiments with relevant radiation doses and dose rates. This issue was further commented in [5]: «These modeling results imply that the additional increase in cell number caused by enhanced mitotic activity of the bone marrow precursor cells capable of dividing does not compensate completely the cell loss induced by radiation damage in the lymphcytopoietic system». This latter statement presupposes a simultaneous increase of mitosis and apoptosis rates, which can take place during some period after an exposure. This is however not a matter-of-course: a large number of studies have described cumulative effects of low-dose radiation on the immune system including stimulation of cell growth, prolongation of cell lifespan etc. [20] This latter effect can be regarded as hormetic; it would disappear at higher doses inducing immunosuppression. According to the UNSCEAR 2006 Report, blood counts in a human after an acute whole body irradiation in the range 0.5–1 Gy can be normal or minimally depressed, while acute exposure to 2 Gy induces mild cytopenia with no significant bone marrow damage [20]. The doses 0.5–2 Gy are higher than the average in the TRC, let alone the dose rate. There is evidence, admittedly not without controversy, that acute exposure to low linear energy transfer radiation is more efficient (at least in regard to muta- and carcinogenesis) [20,21] than protracted or fractionated exposure: the sparing effects of dose protraction have been interpreted as reflecting increased repair of induced cellular damage [21].

The following statement is from another article by the same researchers: «It is found that the models are capable of reproducing common regularities and peculiarities of the dynamics of systems on hand, including the decreased stationary levels of blood cell concentrations during the period of maximum radiation exposure, the recovery processes during the period of decrease of exposure dose rate, and the prevalence of younger bone marrow granulocytopoietic cells over more mature ones during the entire period» [10]. The prevalence of young granulocytopoietic cells in the bone marrow combined with decreased levels of white blood cells are indicative of a maturation arrest that can be observed in myelodysplasia or neoplastic bone marrow conditions, the latter being rare stochastic outcomes not necessarily caused by radiation especially after low dose/dose rate exposures. Direct radiation damage results in a decrease of stem and progenitor cell fraction resulting in bone marrow hypoplasia [20,22,23]. An increase of immature cells in the bone marrow as an immediate result of a radiation exposure or «during the entire period» of a protracted exposure [10] should have been proven by experiments, and not just postulated on the basis of a MM, which itself needs validation.

In regard to the MM used in [5], the following should be commented. The model does not take into account possible inhibition of mitotic activity of preserved cells, capable of dividing (X1 cell compartment) under the impact of radiation. Admittedly, in conditions of low doses and dose rates there can be no appreciable inhibition of mitotic activity. Under such conditions, it is an unproven supposition that the cell groups Xid (damaged cells that die within several days) and Xihd (heavily damaged cells that die within several hours) in the radiosensitive compartments Xi [5] would exist, or, in other words, the quantities of damaged cells would significantly increase as a result of a low dose/dose rate exposure. It could be verified by experiments in vivo and in vitro (cell cultures). Many experiments of that kind have applied higher doses [20,24,25] than those received by the TRC members.

The model under discussion [5] is based on the «one-target-one-hit theory of cell damage», presuming that the damage rate of radiosensitive cells would be proportional to the dose rate, which is analogous to the linear no-threshold (LNT) concept [26]. It does not take into account the natural radiation background and the fact that DNA damage and repair are permanent processes that are normally in a dynamic equilibrium. Given the evolutionary prerequisite of best fitness, it would be reasonable to assume that living organisms are best adapted by the natural selection to the background levels of ionizing radiation [27]. This concept is in agreement with the experimental and epidemiological evidence in favor of hormesis i. e. beneficial action of low radiation doses [28,29]. Natural selection is a slow process; therefore, adaptation to a changing environmental factor would probably lag behind its current value and correspond to some average from the past, especially for such an ancient mechanism as the DNA repair. Life evolved on earth in a radiation field that was stronger than that existing today [24]. Natural background radiation has been decreasing, among others, due to the radionuclide decay on the surface and oxygen accumulation in the atmosphere, resulting in formation of the ozone layer. The character of a dose-response relationship at the dose levels close to those from the natural radiation background can be predicted on the basis of general considerations. There are various factors influencing (inhibiting) lympho- and hematopoiesis. The lower the level of radioactive contamination, the less would be its contribution compared to the natural radioactive background, and the smaller would by the role of radiation compared to chemical and other exo- and endogenous factors. Therefore, the LNT concept is not applicable to radiation doses comparable to those received from the natural background; more details are in [30].

To verify the MM discussed here, the questions should be answered on the basis of experiments, whether radiation, administered with the doses and dose rates comparable to those received by the TRC, causes «enhanced mitotic activity of bone marrow precursor cells» [5] and «prevalence of younger cells over more mature cells of the granulocytic lineage in the bone marrow» during the entire period of a protracted exposure as per [10]. Moreover, the question should be clarified by experiments, in cell cultures or in vivo, whether the relevant doses and dose rates would cause significant increase of cell death (apoptosis) compared to a control. In conclusion, the use of unverified mathematical models based on the LNT concept can lead to overestimation of biological effects of the low-dose low-rate ionizing radiation. The dose-effect relationships should be studied in experiments with exactly known doses and dose rates, possibly shielded from biases and confounding factors.

16.     Jargin SV. On the radiation-leukemia dose-response relationship among recovery workers after the Chernobyl accident. Dose Response. 2013;12(1):162–5.