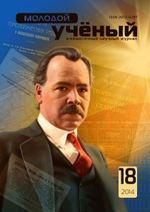 A lot of researches and scientific works are dedicated to our great ancestor and compatriot who became famous all over the world by the name Avicenna, Abu Ali ibn Sino. One may find many descriptions, eulogizing his talent and abilities. Even legends about his life and work have been composed. He was named “Shayh Ur Rais” — i.e. the head of wise men, elders, and one of the great geniuses of the Renaissance epoch Michelangelo said about this outstanding scientist and thinker: “It is better to make mistake eulogizing Galen and Avicenna than to be right, eulogizing others”. (Petrov, 1962, p.12).

The work of Abu Ali ibn Sino “The Canon of Medicine” is acknowledged as one of the most significant works in medicine and used as desk book for doctors of all the world and the main manual in the medical faculties of universities till the XVIIth century, and in the sphere of ophthalmology till the XVIIIth century.

In spite of great attention to the unique work, according to its practical value for medicine, of the scientist-encyclopaedist, nevertheless, from the linguistic point of view, this book has not been studied and analyzed so profoundly and thoroughly. Especially, it is clearly marked while in the last decades more and more modern branches such as cognitive linguistics, lingua culturology, gender linguistics and others have been developing in linguistics.

Having studied “The Canon of Medicine”, particularly, the parts of cardiovascular system and having analyzed the terminological system, used in this work, terms of Arabic origin have been determined.

On the other hand it should be noted that terms of Greek and Latin origin were also used by the prominent thinker during his practice. This stratum of lexicon needs to be investigated as well.

In the IX-X centuries almost all works of antique physicians had been translated into the Arabic language from Greek. Formation of the Arabic medical literature began on this basis.

The first Latin translations from the Arabic language were performed in the II century by Konstantin Afrikanskiy — a teacher of Solern medical school, where teaching was in Latin. Gerard Cremonskiy (1114–1187) made more than 70 translations from Arabic into the Latin language in the XII century. Particularly, the first translation of “The Canon of Medicine” supplied with detailed vocabulary of special phrases was performed by him. But it did not bring to the creating of single classic terminology either in the Latin or in the Arabic languages which was impeded by poor quality of Latin translations. Especially the terminology suffered from repeated and multistage translations from one language into another one. Most of translators knew the Arabic language and medical terminology badly, and use Arabic transcription of Greek words incorrectly. Besides, there were many mistakes through copyists’ fault.

Since then many republications of “The Canon of Medicine” translations have been made into many languages. On the basis of this article there has been adopted the medical terminology which was obtained as a result of comparative analysis of two translations of “The Canon of Medicine”, particularly, U. I. Karimov’s and M. A. Salye’s translation from Arabic into Russian in 1979 and A. Rasulov’s and A. P. Kayumov’s translation from Arabic into Uzbek in 1979.

The work “The Canon of Medicine” is written as a manual for doctors. Much attention was devoted to drugs made from plants, and a chapter is devoted to the cardiac medicines.

The following chapters as “Arteries”, “Vein” and “Pulse” in the first volume and “Different conditions of the heart” in the third volume deal with cardiovascular system, i.e. cardiology.

So, the following terms have been marked out and analyzed more detailed: in the chapter “Vein”

5.         «توسا (tusa)» — Arabic origin, meat which is support and prop for artery and barrier between artery and vertebra.

There have not been determined the terms of Arabic origin in the chapters “Artery” and “Pulse”, but ibn Sina gave own definitions to the notions as pulse, kinds of pulse, arteries and others.

Besides the terms, phrases and word combinations are used in “The Canon of medicine” for defining processes or systems. For example: “Blacksmith’s water” medieval European doctors called «aqua ferrariorum», “Network of celiac membrane” — membrane, interlaced from vein and ascending artery, and others.

In the chapter “Different conditions of the heart” of the third volume two terms of Arabic origin have been found.

2.                «حَيْضٌ (hayda)» — Arabic origin «flow, menstruation». The meaning in shariah: blood, getting out of woman, reached of puberty, in the certain days from uterus beyond the sexual organs.

It is interesting that in spite of centuries-old predominance of the Arabic language as well as “contamination” of medieval Latin with hundreds of Arabic words, which passed in the process of translations from Greek into Arabic and from Arabic into Latin, Arabic medicine almost did not remain a trace in the medical terminology. Only single Arabic words, introduced by Abu Ali ibn Sino and used by him in “The Canon of Medicine” have been kept.

In translation of “The Canon of Medicine” into Latin by Gerard Kremonskiy numbers of mistakes were made that brought to the misrepresentation of Arabic terms and to the formation of neologisms among medical terms. For example, as regards terms determined by us in the chapters concerning cardiovascular system, there may be marked unusual appellations from the anatomic point if view: the name of lateral subcutaneous vein of a hand «vena cephalica» (head vein), probably as well is the result of etymologic mistake of translator. In the Arabic original the word al‑kifal (external) but translator identified it with Greek kephalē(head). (Medical reference book, 2005)

3.         «إبطي فيينا» — “vena axillaris” got their equivalents in the Arabic language according to the principles: a) on the direct translation, i.e. on semantic loan translation (calque) b) on identification c) on definite sign: function, colour, outward appearance, for example: the word بوابة فيينا from the Arabic is translated as gate, so the term «vena portae» is translated as «بوابة فيينا (kopka)» and others.

The next group of Arabic original terms have not been fixed in the medical terminology and there are used their equivalents loaned from the Latin or Greek languages, for example:«توسا (tusa)» friable meat, «الاخاء (akhal)» — black vein, «Blind gut» — «الأعور(one-eyed)», «المعصرة» -(pressing).

As regards the term «كولا (kulandj) — disease of intestines, Avicenna gave the name to this disease on the basis of Latin name of large intestines “colon”.

Thus, on the basis of own researches, we have come to the following conclusion, that as it was to be expected, most of terms, used in the work of ibn Sino, have Greek or Latin origin. It seemed to us, that great scientist in his work “The Canon of Medicine” analyzed works and systematized the medical terminology, had been creating by prominent physicians of Europe for many centuries, that in its turn helped not to lose and keep obtained knowledge on medicine. In addition to that, Avicenna analyzed and remade the works of ancient doctors as Hippocrates, Galen, Dioskorid and others and competently wrote them in his book in compliance with own observations and practice. About 13 new terms were introduced by him to the sphere of cardiology.

This more or less gave possibility to systematize the terminological system of all medicine, which suffered from “suffocation”, profusion of Greek, Latin and intensively developing at that time Arabic origin terms.