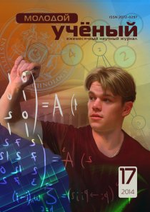 Intel Corporation is an American multinational semiconductor chip maker corporation headquartered in Santa Clara, California, United States and the world's largest and highest valued semiconductor chip maker, based on revenue. Established in July 18, 1968 Intel is currently a great example of a successful company. At this moment there are more than 100,000 registered employees strictly guided by the chairman Andy Bryant and the CEO Paul Otellini. With a great product diversity of bluetooth chipsets, flash memory, microprocessors, motherboard chipsets, network interface cards Intel managed to achieve the following results for the end of 2012:

*These results on ROE place Intel on 2nd place in this industry. This makes the company very attractive to investors.

With this mission statement Intel wants to assure its customers that the company supplies products which are competitive in performance and price and are easily accessible to the market. Moreover, Intel takes care of the stockholder’s investments and places itself as a valuable chain in the process of globalization and development of technologies.

“Our global workforce possesses a unique set of experiences and abilities that are critical to our success. And their passion for innovation helps us maintain our role as a technology leader. We must therefore respect the viewpoints of all our people and honor the values of discipline, quality and risk-taking that our company was built on.”

A huge and successful company like Intel aims only for the top position both in sales and customer satisfaction. Innovations and diversity are the key factors for this success. Here are the results for 2012 in the chipmaker’s segment:

Intel Corporation (Intel) is one of the major semiconductor chip manufacturer in the world. Over 80 %of the personal computers in use around the world are based on Intel Architecture microprocessors. The company develops advanced integrated digital technology platforms and components, mainly integrated circuits, for the computing and communications industries. The company has a strong market position in the semiconductors industry, which enhances its brand image. However, intense competition in all its market segments could reduce the company’s market share and profitability.

The only threat for Intel in the chip manufacturing industry is the old competitors. Intel will face increasingly fierce competition over the coming years as it moves into new markets. Fortunately, chip making segment is NOT attractive for newcomers. The capital expenditures required to develop and manufacture microprocessors and chipsets is enormous—an insurmountable entry barrier for almost any company that would like to join the fray. Companies wishing to enter this industry need only to look at one of Intel's multi-billion-dollar chip fabrication plants before making the wrong decision and than will probably find some other industry to invade.

As mentioned in the previous paragraph the semiconductor industry is highly compatible and constant innovations are required. Fortunately, it is very hard to find substitute products that can satisfy the needs of customers.

Buyers include end-user home computer builders and small «PC-Clone» shops that build customized machines in most cities. Large computer manufacturers such as Dell, Gateway, and Hewlett-Packard account for the vast majority of chipset and microprocessor purchases. Buyer power in this industry has fluctuated from time to time. Until the Athlon made a serious challenge to Intel's prime markets, buyers simply had nowhere else to turn for microprocessors.

The company's suppliers have the same lack of selling power as other commodity brokers in the tech industry. Intel's raw materials—silicon, semiconductors, and the like—can be purchased from a litany of manufacturers, thus affording the firm a great deal of buyer power in selecting with whom to do business.

Intel has many Strategic Business Units, two of them being most important—Microprocessor manufacturing and Chipset manufacturing. From the perspective of the Microprocessor SBU, only one true competitor remains: Advanced Micro Devices. Having vanquished all other microprocessor developers such as Cyrix and NexGen, Intel's only real competition comes from the developers of the Athlon, Thunderbird, and Sledgehammer CPUs. The only competitor that was able to put Intel into pressure was Athlon by being the first to pass the 1 GHz frequency with its product called AMD. This did not last long because Intel was able to react reclaiming the «fastest processor» title with a later iteration of its Pentium line, and using mafia-like (and ethically questionable) marketing tactics to encourage computer manufacturers to stop carrying AMD processors. The manufacturers capitulated, and eventually almost all of the major computer brands were again Intel-only.

Intel’s goal is to be the preeminent provider of semiconductor chips and platforms for the worldwide digital economy. As part of its overall strategy to compete in each relevant market segment, Intel uses its core competencies in the design and manufacture of integrated circuits, as well as its financial resources, global presence, and brand recognition. Intel employees believe that they have the scale, capacity, and global reach to establish new technologies and respond to customers’ needs quickly. Thus, we can conclude that Intel uses a Broad Differentiation Strategy.

During the last several years Intel can hardly be considered as a highly acquisitioned company. Nevertheless, during the 42 year history of the company many such events have occurred. Here is a short list of the most important ones:

The knowledge and experience of Intel® Intelligent Systems Alliance members provide a compelling competitive advantage to OEMs looking for superior solutions for their embedded applications. Associate members collaborate closely with Intel, aligning their technical roadmaps and programs, and optimizing development in sync with Intel platform releases. They participate in training, education, market development, and other ecosystem activities that help them deliver top solutions based on the latest Intel architecture, as well as expand the market for embedded intelligent systems based on Intel products. 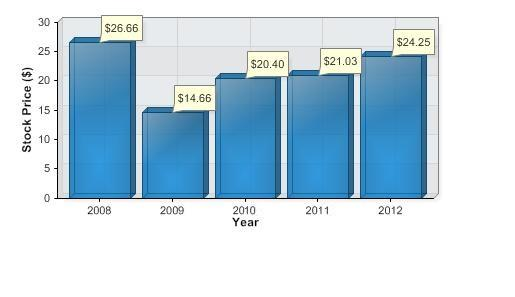