Current federal law of the Russian Federation on meetings: its content and consequences 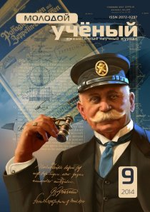 Any state in the modern world tends to self-preservation and development. Many changes in the political and social spheres of life have taken place in the Russian Federation over the last ten years. During the last year civil society in Russia became much more active and started taking part in various actions, and this fact proves the development of modern society and its political interest and a desire to exercise directly their right of sovereignty as the only source of power in the democratic state - the Russian Federation. It should be noted that the purpose of public events is to bring to the attention of the state and society as a whole a collective agreement or disagreement with the internal and external policy of the state as well as to the actions or positions of its bodies and officials. All kinds of showing a viewpoint on various political issues have an impact on the actions of the authorities, as well as the legal framework of the country. Thus, we see the importance and vitality of the matter in question.

Since June 19, 2004 all the ways to demonstrate an opinion by the citizens have been regulated legally, not only by the Constitution of the Russian Federation, but also by the Federal Law of the Russian Federation No.54-FZ "On Meetings, Rallies, Demonstrations, Marches and Pickets" This law has been altered and the last amendment of June 8, 2012 caused great controversy among the Russians. Of course, due to the development of civil society, the activation of civic position and the desire to express opinion on implemented policy in the Russian Federation, as well as on the authorities and the officials, the adoption of the Federal Law No.54-FZ was a very important step. But we should not forget about the negative aspects of this regulation. The adoption of this law revealed the fact that the state authorities and leaders of the country do not allow assembly solely under Article 31 of the Constitution of the Russian Federation, as well as under the general regulation of the law enforcement of the public order. It is in connection with this position of the authorities that the actions of the organizer and all the participants are thoroughly regulated, especially after the adoption of the fifth and final draft legislation of the Federal Act with amendments. As a result of active manifestation of negative opinion on the powers in Russia by its citizens, the government obliged organizers to notify executive or local self-government authorities of the upcoming event few days in advance in writing.

Thus, the country restricts legal regulation of public assemblies, but that does not mean that freedom of speech disappears completely in Russia. Those citizens who the most clearly manifested their discontent, as well as the organizers of the meetings, the leaders of the non-systemic opposition, were repeatedly hold accountable for it or sued. The important fact is that in some cases after their detention there was no sufficient evidence of a violation of the law or subsequent evidence was fabricated. Such unfounded and unjust actions cause a negative reaction not only among those Russians who support the active organizers of the protests and demonstrations, but also among those who stick to neutral position. Initiation of criminal cases against the leaders of the minor parties and movements also causes a negative response in the Russian society. But perhaps, if such measures had not been taken by the Russian authorities there would have been much more unrest in the country.

We should not forget the mistakes of the opposition. There were cases of bribery of protesters to increase their number. Also, some meetings and protests took place both in major cities and in the regions, but most of them were not authorized and caused damage to public and private property (broken glass, windows, tear gas in the streets). It was violation of our laws. The response of police and military authorities was tough enough, but the law was applied mainly to the violators of the law. The claims of opposition about the number of demonstrators were often hypocritical too.

But the fact that the legal regulation of these events introduced after numerous examples of riots in different countries around the world is worth noting. Even after the last amendment to the Federal Law No.54-FZ, which attracted public attention, experts consider that our law assigns a lighter punishment if compared with those provided for by law in the European Union and the United States. For example, in France, criminal case is initiated in case of any radicalization. The result of a comparative analysis of the laws on public meetings in Russia, the European Union and the United States shows that the main difference of the Western countries is the ease of obtaining permits to hold the demonstration unless they threaten public order or security, and the connivance of police in case of breach of the rules of conduct. Breach of peace and resistance to law enforcement is the probable cause to arrest. But the legislative bodies of the Russian Federation had to adopt appropriate amendments to tighten punishment for rallies due to mass actions that lead to unrest in Russia.

But now the situation has become more complicated for the young people who want to present their views and express themselves and spend their pastime. Under the Federal law there are difficulties that young people face: our legislation does not foresee an authorization procedure for popular and interesting flash mobs, hence the authorities have no right to prohibit an assembly or change its place unless it threatens the security of participants or is planned to take place near hazardous facilities, important railways, viaducts, pipelines, high voltage electric power lines, prisons, courts, presidential residences or in the border control zone. It is not clear now how to get a permit and comply with other conditions in accordance with the laws. This self-expression must not overstep certain limits, but the activists prepare, think through their idea, and make a script that is based on the topic. And often the aim is to draw attention not only to a particular problem, but just to themselves, to their talent. Now young people do not know what to do – to prepare their flash mob or to formalize documents. And then people wonder why young people are involved in the opposition rallies and are not on good terms with the authorities. And in the case of refusal for permission, the young people feel even more indignant than in case of tiresome paperwork procedure. On the one hand, it is good for us to have security. On the other hand, young people will not have an aspiration and desire for preparing such kinds of events.

Also, the latest adopted amendment to the Federal Law No.54-FZ was not entirely correct: the main pillar of the legal authors of the amendments appeared in article No. 56 of the Rules of the State Duma, according to which: "For speeches of the deputies of the State Duma on procedural matters and statements on the rationale for acceptance or rejection of the amendments made to the drafts or projects of other decisions of the Parliament, on candidates, voting, dealing with questions, messages, memos time limit is up to three minutes". It turns out that the mere speech of the authors of the amendments was to take 20 hours, and taking into account the time for voting and announcement of the results for each amendment - more than a day. Representatives of systemic opposition offered to postpone the adoption just one day referring to the fact that all amendments will be passed as one document. But according to the norm of Article 56 of the Rules of the State Duma "With the consent of the majority of the Deputies of the State Duma the presiding officer may set the overall duration of the discussion included in the agenda of the meeting the time allotted for questions and answers and to extend the time for speaking" - there is no reference to the possibility of reducing the time limit. But after a while by the majority vote the time of statement has been reduced to one minute, then to 30 seconds and finally to 15 seconds. Due to the reduction of time for comments the law was passed after three readings and sent to the Federation Council at a quarter to 12a.m. The legal settlement of such debatable questions is subject to the competence of the Constitutional Court of the Russian Federation so you can refer to this practice. The Federal Law No.54-FZ in question cannot be recognized as valid, and was not recognized as the Constitutional Court in its decisions often relies on the expediency and other nonlegal reasons.

From a moral, psychological, and legal point of view the possible violations are much more important. Can we say that the establishment of strict, rigid order of the assembly violates Article 31 of the Constitution of the Russian Federation: "Citizens of the Russian Federation shall have the right to assemble peacefully, without weapons, hold rallies, meetings and demonstrations, marches and pickets"? How can we treat the statutory fine - up to 300,000 rubles, which is the punitive amount for an ordinary citizen of the country that exceeds most penalties for criminal offenses such as:

-       causing of grave harm to health through negligence (Article 118 of the Criminal Code);

-       falsification of electoral documents, referendum documents, or incorrect counting of votes (Article 142.1 of the Criminal Code);

-       concealment of crimes (Article 316 of the Criminal Code), and only the most grievous crimes are concerned.

To resolve such problems as unrest and discontent on the part of citizens we offer to put the most controversial issues of the Law to a referendum, namely:

-        to consider Article 7 which refers to the notice of the public event (a very important question because it entails interaction between citizens and government) and Article 16 that contains a basis for the termination of a public event (an important aspect to eradicate emerging disorders).

Resolution of these issues by the citizens of the country could be a democratic solution which will help to resolve the conflicts that arise between the highest representatives of the authorities, government agencies and citizens of the Russian Federation.

Besides, there is no concept of a flash mob in Federal law, thus we suggest that we should formalize in legislation the following notion: a flash mob is a pre-organized by the individuals event with the duration not exceeding 15 minutes which does not imply a political, nationalist or fascist propaganda appeals, and does not promote an unhealthy way of life. Age of participants should also be identified. In our opinion persons over 14 years old can participate in a flash mob. Introduction of age restrictions for organizer is not correct because flash mobs do not fall within the scope of the law unlike rallies, marches, actions, pickets, etc. In order to ensure the safety of flash mobs participants, organizers and bystanders, the process of notification of law enforcement agencies about the upcoming flash mob should also be enshrined in law: it may be, in our opinion, the request for safety precautions written 48 hours before the event. The above measures will help to ensure the rights and responsibilities of our citizens, freedom of speech and security.