Number and Location of the Eigenvalues of a 2x2 Operator Matrix 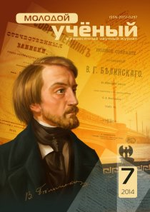 In the present paper we consider a

operator matrix acting in the direct sum of zero-particle and one-particle subspaces of Fock space. It is shown that this operator has no more than one positive and no more than two negative simple eigenvalues.

-particles in interaction without conservation of the number of particles. Here off-diagonal entries of such block operator matrices are annihilation and creation operators. The study of systems describing

-particles in interaction without conservation of the number of particles is reduced to the study of the spectral properties of self-adjoint operators acting in the zero-particle, one-particle,…,

-particle subspaces of a Fock space.

In the present paper we consider a

block operator matrix acting in the direct sum of zero-particle and one-particle subspaces of a Fock space. We prove that this operator has no more than one positive and no more than two negative simple eigenvalues.

be the field of complex numbers and

be the Hilbert space of square integrable (complex) functions on

the direct sum of spaces

are zero- and one-particle subspaces of a Fock space

Let us consider the following

acting in the Hilbert space

is a fixed read number, the functions

are real-valued continuous functions on

denotes the adjoint operator to

Under this assumptions the operator

is bounded and self-adjoint in

We remark that the operators

the spectrum, essential spectrum and discrete spectrum of a bounded self-adjoint operator.

Proof. Since the operator

is a bounded self-adjoint operator whose rank does not exceed three, we have . We show that . To this end, we consider the equation

, which is equivalent to the system of equations

is the scalar product in

. It is easy to see that the elements of the subspace

are solutions of system of equations (1). Then the fact

implies that . The lemma is proved.

By Lemma 1 the operator

may have only positive and negative discrete eigenvalues. The following theorem describes the number and location of these eigenvalues.

Proof. Let us consider the equation

or the system of equations

from the second equation of (2) we find

Substituting the expression (3) for

is the norm in

We note that, if

are linear dependent, then

There are three cases are possible: 1)

are neither orthogonal and nor parallel.

In this case the numbers

We remark that the numbers

are also zeroes of

in the case where

In this case the polynomial

can be written in the form

For convenience we assume that

. From here it follows that the numbers

. In the case where

We remark that the numbers

are also zeroes of

in the case where

be neither orthogonal and nor parallel. Then

. Without loss of generality (otherwise we would be prove the following facts in the same way) we assume that the inequalities

hold. Then it follows that

i.e. on the boundary of

has a different sign. Hence, there exists a point

. Analogously one can prove that there exist the numbers

, which are zeroes of the polynomial

is a polynomial of degree 3 these zeroes are simple.

One can see that