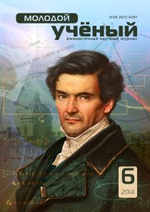 Banks may be unable to refinance short-term liabilities in case of solvency concerns. To manage this risk, banks can accumulate a buffer of liquid assets, or strengthen transparency to communicate solvency. While a liquidity buffer provides complete insurance against small shocks, transparency covers also large shocks but imperfectly.

Banks use short-term debt to invest in long-term assets. This creates liquidity risk: a bank unable to roll over maturing debt can fail despite being solvent. A majority of recent bank liquidity crises in developed economies were caused by increased uncertainty over a bank’s solvency and played out primarily in wholesale funding markets. [1, p.16] The new Basel III accord aims to address liquidity risk in banks through the Liquidity Coverage Ratio (a liquidity requirement) and the Net Stable Funding Ratio (a restriction on maturity mismatch that limits the volume of reﬁnancing coming due each period). [2] The purpose of this paper is, in particular, we want to understand the interaction between liquidity requirements, access to reﬁnancing (which we link to bank transparency), and liquidity risk.

We observe that a bank can hedge liquidity risk in two ways. One, traditional, is to accumulate a precautionary buffer of easily tradeable assets: a liquidity buffer.

In a liquidity crisis, a bank can dispose of such assets and cover the reﬁnancing needs internally. Another, less conventional, is to enhance the ability to communicate solvency information to outsiders. A bank that can “prove” its solvency will be able to attract external reﬁnancing. We label the mechanisms by which a bank can establish effective communication “transparency”. We take the standard corporate governance view on transparency, formalized by two assumptions: (i) banks can choose the level of transparency (the amount of information available to outsiders), and (ii) higher transparency reduces the owner-manager’s private beneﬁts of control. [3, p.72]

Liquidity and transparency are costly hedges, and most of their cost is borne by the bank’s shareholders. Holding liquidity buffers is costly because their maintenance requires effort from bank managers (or other administrative cost); the cost of effort cannot be compensated by a low return on highly liquid assets. With transparency, the owner-manager sacriﬁces private beneﬁts. Yet some of the beneﬁts of hedging accrue to creditors in the form of lower risk and are not internalized by shareholders. As a result, a leveraged bank may under-invest in liquidity buffers and transparency. Suboptimal risk management (insufficient hedging) justiﬁes government intervention in the form of bank liquidity regulation. We make two observations. First, while liquidity buffers can be imposed, transparency is not easily veriﬁable and is harder to regulate. Then, liquidity requirements may have unintended consequences: compromise the bank’s endogenous transparency choices. We show that for some parameter values the deterioration of transparency may more than offset the positive effect of larger liquidity buffers, so that liquidity regulation will unintentionally increase the overall reﬁnancing risk. [4, p.3]

Second, while transparency cannot be regulated directly, the model identiﬁes a number of indirect mechanisms by which policy can address it. One mechanism is to encourage transparency by reducing its alternative cost, the bank owner-manager’s private beneﬁts of control. This can be achieved, for example, by stronger corporate governance. Another mechanism is to accept insufficient transparency, but reduce the risk of large reﬁnancing needs that exceed the size of the liquidity buffer. This can be implemented through maturity mismatch limits (such as the Net Stable Funding Ratio of Basel III).

These solutions may be essential complements to liquidity requirements. The paper is organized as follows.

The paper relates to the literature on bank liquidity risk and reﬁnancing frictions. Early papers on liquidity risk, such as Diamond and Dybvig (1983) and Chari and Jagannathan (1988), assumed the absence of informed reﬁnancing even for banks with valuable assets. The seminal work of Goodfriend and King (1988) provided a benchmark that banks known to be solvent should be able to reﬁnance themselves in well-functioning interbank markets. Their work implies that, in order to describe modern liquidity risk in banks, models need to demonstrate how market failures may restrict the market-based reﬁnancing of solvent institutions.

One such market failure is informational frictions. In Flannery (1996), potential lenders are uncertain of their screening ability, and restrict reﬁnancing to avoid lemon costs. Rochet and Vives (2004) model a coordination failure among bank creditors, where each withdraws if expects others to do the same. Freixas et al. (2004) consider a solvent bank that seeks reﬁnancing but is indistinguishable from an insolvent one that attracts funds to gamble for resurrection. Huang and Ratnovski (2011) argue that sophisticated lenders may over-react to solvency concerns when they are senior and do not incur the full cost of liquidations. Our paper contributes to this literature with a simple model driven by a basic information friction, where the probability of bank failure is initially low, but its posterior can increase at an intermediate date, exposing affected banks to prohibitive lemon costs.

Another market failure that may restrict reﬁnancing is an increase in moral hazard as in Holmstrom and Tirole (1998, 2011). The key distinction between the Holmstrom and Tirole framework and our approach is that they consider a net liquidity need: a bank needs to attract additional funds to continue the project, but a moral hazard-related leverage constraint may prevent it from doing so. As a result, such models may be more attuned to the analysis of leverage and capital regulation. In contrast, our and similar models consider a gross liquidity need: a ﬁrm needs to attract funds to substitute the outﬂow. The bank’s leverage does not change and its overall borrowing constraint does not become more binding. [5, p.91]

Our focus on liquidity buffers and transparency as instruments of liquidity risk management is consistent with the empirical results that both stock liquidity and access to external reﬁnancing are important in determining bank ﬁnancial pressures. There is evidence that banks may be insufficiently liquid or transparent. The issue of transparency may be most relevant for advanced banking systems, since banks in developing countries (with less deep ﬁnancial markets) predominantly rely on stock liquidity to manage reﬁnancing risks.

The paper also relates to the literature on bank transparency (or, conversely, opacity). The literature offers two ways to formalize transparency: as the presence of credible communication channels or as asset choice. We focus on the former.

The link between transparency and credible communication has strong foundations in the corporate governance literature. Firms can suppress information and conceal own performance by deliberately maintaining lower levels of disclosure or through earnings management. The key reason for suppressing information is that it enhances insiders’ private beneﬁts of control. The impact of transparency on ﬁrm performance is ambiguous.

For banks, the argument that the availability of information on asset returns is endogenous goes back at least to Stanhouse (1986). In addition to the methods available to non-ﬁnancial ﬁrms, banks can conceal information through organizational complexity or obfuscation. Banks can facilitate information production by maintaining incentives for market participants to specialize in analyzing information about the bank. The argument that opacity enhances private beneﬁts of control in banks has been articulated by Ostberg (2006) and Wagner (2007).

We follow this literature in interpreting transparency as a set of ex-ante choices that determine the presence of credible communication channels; with the key cost of transparency being lower private beneﬁts of control.

It is useful to highlight the distinction between transparency and disclosure. First,

establishing transparency can involve other corporate actions, such as avoiding complexity. Second, transparency is a strategic ex-ante decision, while disclosure is an ex-post action. Unless preconditions are in place, ad hoc disclosure may be not credible, particularly in the context of a liquidity crisis, since a distressed ﬁrm has high incentives to manipulate information. Therefore while the regulation of disclosure may be useful, it is not sufficient to achieve transparency when banks can manipulate or obfuscate information.

The ﬁnal cave at is that we focus on the positive effects of transparency where it enables the reﬁnancing of solvent banks. One can construct opposite examples where transparency has negative unintended consequences. For example, Chen and Hasan (2006) and Huang and Ratnovski (2011) show how transparency renders banks unable to conceal negative but possibly incorrect news about solvency. We abstract from these effects.

An alternative approach to interpreting transparency would be to link it with bank asset choice. Indeed, some bank assets, such as relationship-based loans, are intensive in soft information, and their value is hard to communicate. In contrast, other assets, such as trading assets or securitized loans (e.g. mortgages) rely on hard information that can be more easily communicated. While theoretically appealing, the relationship between transparency and asset choice has limited empirical support: Morgan (2002) and Flannery et al. (2010) ﬁnd no relationship between bank asset class holdings and market-based measures of transparency.

We model liquidity risk driven by a sudden increase of uncertainty over the bank’s solvency. A bank has a valuable long-term project, which with a small probability can turn out to be of zero value. Because the risk is small, it does not prevent initial funding.

At the intermediate date, the bank needs to reﬁnance an exogenous random withdrawal.

Yet its ability to do so can be compromised by informational frictions. In most states of the world, the bank is solvent, and reﬁnancing is available. Yet, with some probability, the world is in a “bad” state, where the posterior probability of insolvency is high (but less than one). Then, investors may become unwilling to lend to the bank, creating liquidity risk and the possibility of a failure of a potentially solvent institution.

The bank has two instruments of liquidity risk management. Consider a risk-neutral economy with three dates (0, 1, 2) and no discounting. The economy is populated by multiple competitive investors and a single owner-managed bank. Investors are endowed with money that they can lend to the bank against a zero expected rate of return.

The bank is endowed with a proﬁtable investment project. The project is ﬁxed in size. It requires an investment of 1 at date 0, and returns at date 2 a high X>0 with probability 1 − s or 0 with a small probability s (s stands for solvency risk). In addition to the project’s pecuniary returns, the payoff of the bank’s owner-manager has two other components. First, she incurs a cost of effort y per unit of the bank’s balance sheetatdate0. Second, she derives non-veriﬁable private beneﬁts of control B from running the bank. The owner-manager maximizes the sum of proﬁts, costs (taken with a negative sign), and private beneﬁts.

Liquidity buffer First, a bank can accumulate a liquidity buffer. A bank can attract additional funds at date 0 and invest them in short-term assets, such as cash or easily tradable securities that can be liquidated at any time, but produce a return of 0.

Holding liquidity is costly, since the bank incurs a per-unit cost of effort y to maintain a larger balance sheet. The size of the liquidity buffer a required to cover a reﬁnancing need wL is given by:

Accordingly, the cost of maintaining a liquidity buffer to cover small reﬁnancing needs is ay.

Transparency Second, a bank can adopt transparency. Transparency is an ex-ante (date 0) decision that enables a more effective communication of bank asset values to outsiders (see Section 2). In case of a negative signal at date 1, a transparent solvent bank can communicate its solvency to investors (and obtain funding) with probability t. With probability 1−t, the bank is still unable to “prove” solvency and cannot obtain reﬁnancing. The imperfect, probabilistic nature of transparency is driven by the fact that it relies on ex-post communication. Even for a bank that has put in place all the necessary preconditions, the communication may sometimes be ineffective, and then the reﬁnancing will not be forthcoming. The cost of transparency is that the bank’s owner-manager loses private beneﬁts of control B.

For certainty we impose that, on the margin, the bank prefers hedging to no hedging, and liquidity buffers to transparency.