The Constitution of the Republic of Uzbekistan was adopted as the fruit of our people’s high social and political intelligence on the basis of the deep roots of our national statehood and the experience of developed countries, and became the legal foundation of all the consistent reforms being carried out in our republic.

Generally, the term “Constitution” comes from the Latin word constitutio, and means “establish, appoint, sanction, structure, code”. The first constitution in the world was adopted in the USA in 1787, and in Europe it was first adopted in Poland in 1791. The term “Constitution” can generally be defined as ‘a system of legal norms, having a legal effect and regulating the fundamentals of relations between people and a state, and also the fundamentals of the organization and functioning of a state itself’.

Every country’s constitution has its own peculiarities, and originates from its national features and traditions. According to the experience of foreign countries, constitutions are divided into several kinds.

The classification of constitutions means the division of those of various countries into various groups (kinds) on the basis of various standards (criteria).

Constitutions in the constitutional law of foreign countries can inherently be classified as follows:

Firstly, constitutions, according to their meaning, can be divided into the following kinds:

A juridical constitution (formal) — the fundamental law of a country, adopted separately and having supreme legal force. The constitution of most countries can be cited as an example of this kind.

A statutory constitution — the effective law which establishes the constitutional system of a particular country and legally regulates its most fundamental social relations.

A forged constitution — despite being a set of rules determining the life of a society, the majority of these rules is not used for regulating the life of people. The rules prescribed in the constitution adopted in the USSR in 1936 and their place in real life can serve as an example of this kind of constitutions.

Secondly, constitutions, according to their forms, can be divided into the following kinds:

A written constitution — the fundamental law of a country, having supreme legal force and adopted by its supreme body or by holding a referendum. The constitutions of the USA, Japan, Uzbekistan, the Netherlands, Belgium, Austria and other countries can be cited as an example of this kind of constitutions.

An unwritten constitution — a constitution not embodied in a single document and composed of the laws adopted during several different periods. These laws acquire the status of a constitutional law. Examples include the constitution of Israel, New Zealand etc.

A non-integrated constitution — the text of this kind of constitutions is adopted during several different periods. Examples include the constitutions of Sweden, Finland etc.

A provisional (temporary) constitution — a constitution which is effective during a particular period of time. Examples include the constitutions which were effective in Iraq in 1970 and in the United Arab Emirates in 1971.

At present, there are more than 300 constitutions in the world (inlcuding the constitutions of the subjects of federative states). These constitutions were established during different historical periods and have various socials meanings.

All the work concerning the preparation of the draft of the Constitution was done under the guidance of our president I. A. Karimov. When the Commission began its work, our President endeavoured to ensure that all the work would be aimed at preparing the draft of the Fundamental Law truly reflecting the features of our republic, fully meeting international standards, appreciating world experience, democracy and the most developed countries’ achievements in constitutional legislation. The constitutions of European, Asian, American countries were explored during the preparation of the draft constitution. It was prepared in compliance with the Universal Declaration of Human Rights and other international documents relevant to human rights [1].

On September 8, 1992, the Constitutional Commission approved the executed work and decided to announce the draft constitution for public discussion. At this meeting a working group was created in order to complete and edit the draft. It should be noted that the people of our country played a magnificent role in developing our Constitution. On September 26 and November 21, 1992, the draft of our Constitution was announced in the press for public discussion. These discussions were conducted with the political activity and elation of the citizens, and greatly influenced the development of democracy in Uzbekistan. Nearly all the citizens of our country participated in the discussion. A lot of lively debates and meetings, relevant to the draft constitution, were held in the press, television and radio programs.

Thus a legal precedent — a two-stage public discussion took place. This situation greatly encouraged the participants of the discussion to be more active. As a result of this, the nationwide exchange of views acquired a new dimension. The essence of the campaign is that the citizens could see the results of their participation in the discussion of the draft constitution in its revised version. A lot of opinions and proposals received in the initial stage of the nationwide discussion were reflected in the new version of the Constitution. Our people became convinced that the Constitutional Commission listened to their voices, and that their proposals were properly considered and appreciated. 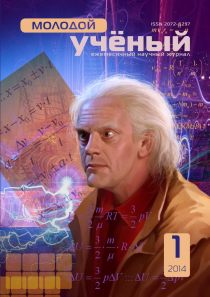