Neisser’s Disease in the Former Soviet Union and Related Topics 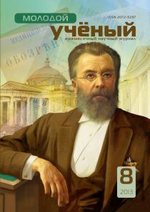 The treatment of gonorrhea in the former Soviet Union is discussed here on the basis of three typical case histories. Some outdated methods of topical treatment and provocation, not used in other countries, are described. Being aware of a lengthy treatment, groups of risk avoided the prevention and treatment centers (dispensaries) and often practiced self-treatment, which contributed to the spread of infection. Besides, some related problems of women’s health in the former SU are discussed here e. g. overtreatment of cervical pseudo-erosions or endocervical ectopy. Today, there are grounds for optimism: the growing Russian economy makes it possible to acquire modern equipment and to apply new diagnostic and treatment methods, while broadening international cooperation would attract foreign expertise.

The treatment of gonorrhea (Gn) in the former Soviet Union (SU) is discussed here by the example of three typical cases from the 1970–80s. Case 1. A lawyer was infected with Gn. In compliance with the laws and regulations he went to the dermato-venerological dispensary (prevention and treatment center) and was treated according to the official recommendations issued by the health care authorities. Thereafter the patient declared that the treatment was lengthy and unpleasant and that he would never approach the dispensary again.

Case 2. An unmarried man prone to moderate alcohol consumption commissioned himself with a next military rank every time he was infected with Gn. In this way he became a generalissimo, which illustrates widespread irresponsibility: the patient was in fact proud of his career. The patient was one of the ringleaders of a drinking company that among other things inveigled adolescents into alcohol consumption and young females into sexual contacts. The patient never approached the dermato-venerological dispensary and treated himself with intramuscular injections of Bicillin (Benzathin-Benzylpenicillin). Retrospectively it is unclear when it was a question of a fresh infection or an exacerbation: the case was reported to the authorities after many years of the patient’s activities. The informer did not conceal the fact of denunciation; later he was battered by the perpetrators, but his civic duty he had done. The high-risk social groups were informed about methods applied in the dispensaries and avoided them. They treated themselves with antibiotics, e.g. with the Bicillin injections, but not always adequately, thus continuing spreading the infection. Accordingly, the official statistics has never been realistic. This case demonstrates that the society and its institutions factually permitted the spreading of sexually transmitted infections (STI).

Case 3. A female student residing in a students‘ dormitory was infected with Gn. It should be commented here that female under- and postgraduate students were sometimes manipulated to cohabitation by indirect use of authority, whereas some of the perpetrators are still employed e. g. as professors at a medical school. First time the patient had not noticed any symptoms. Shortly thereafter she met her future spouse, and a week later was hospitalized to a gynecology department with the diagnosis of adnexitis. In the meantime, the partner developed an acute urethritis with abundant purulent discharge. An acquainted physician prescribed them an imported antibiotic available at some pharmacies at that time but absent at the hospital. The patient took it in addition to the hospital medication. The recovery was complete; there were no relapses. Gn had not been diagnosed at the hospital, which permitted the couple to evade some of the procedures described below.

Treatment and tests of cure

Here follow several quotations from instructions issued by the Ministry of Health [1–3], handbooks and manuals that contained essentially the same recommendations. If the signs of inflammation (discharge, threads in urine) persist longer than 5–7 days after a course of antibiotics, if even there are no gonococci in the urethral smears, a topical therapy was prescribed. In the introduction to the latest instruction [1] it is noted that the topical treatment is indicated only in case of intolerance of antibiotics, but further in the text it is pointed out that the topical therapy is indicated also in case of a torpid or chronic course of the disease. The sexual contacts are to be treated in the same way as the patients with chronic Gn, also if no gonococci are found in the smears [1]. Earlier instructions [3] and handbooks [4, 5] recommended the topical treatment also for acute Gn. The following modalities of the topical treatment were specified. Irrigation of the urethra with potassium permanganate solution, instillations into the urethra of 0.25–1 % silver nitrate solution with additional treatment of focal lesions with 10–20 % silver nitrate through the urethroscope. Bouginage, urethral massage on the urethroscope, and tamponade of the urethra were recommended both for soft and hard infiltration (beyond the acute phase) with subsequent smearing of the urethral mucosa with ichtyol [4, 6]. Even in a latest edition it is specified (verbatim from Russian): “In case of a mixed or hard infiltration a tamponade of the urethra should be performed… Colliculitis is treated by bouginage,” etc. [7] There was also research on Gn treatment with instillation into the urethra of different substances such as gastric juice, oxygen foam, plant decoctions [11–13] etc.

The tests of cure, recommended to all patients, included different kinds of provocations [1]. Chemical provocations in men included instillations of silver nitrate solution into the urethra, in women — smearing of the urethral mucosa with 1–2 % and of the cervical canal with 2–5 % silver nitrate solution or Lugol's iodine solution with glycerol. Mechanical provocations included urethroscopy with a massage of urethra on the urethroscope [1]. If the symptoms reappear, also in the absence of gonococci in the smears, the treatment and the tests of cure must be repeated. The urethral discharge is examined 24, 48 and 72 hours after the provocation; in the absence of discharge, secretions of the prostate and seminal vesicles were examined. If no gonococci were found after the first provocation, a combined provocation including urethroscopy was performed a month later [1].

In women, the topical treatment was recommended for “fresh torpid” and chronic Gn [1, 14]. However, some earlier instructions and monographs recommended topical treatment (urethra washings, instillations) in women also for acute Gn [3–5]. Bimanual examination [14] and urethroscopy were recommended in women for diagnostic purposes for both acute and chronic Gn, whereas technical difficulties of urethroscope insertion were mentioned [15]. For the chronic urethritis the following was recommended among others: urethral instillations of silver nitrate solution, smearing of the urethral and cervical mucosa with ichthyol (a product of oil shail) [16] and Vishnevski liniment containing birch-tar [17] (possible carcinogenicity of these substances is a separate topic); massage of the urethra on the urethroscope, coagulation of inflamed paraurethral glands [6, 14, 16], coagulation of so-called pseudo-erosions (cervical ectopy, ectropion). It should be commented here that diathermocoagulation (electrocautery), cryodestruction [18] or, later, laser vaporization [19] of the cervical ectopy without epithelial dysplasia were performed routinely because the ectopy as such was regarded as a precancerous [16, 20, 21] or a predisposing lesion. Cylindrical endocervical-type epithelium and glands within an ectopy were designated as “pathological tissue” that must be removed [22]. It occurred under the motto of prophylaxis priority endorsed by the official directives of the Soviet time [21]. It was also speculated, as a justification for cryotherapy, that cervical pseudo-erosions are conductive to infertility and complications of pregnancy [23]. Routine electrocoagulation or cryodestruction of cervical ectopy without epithelial dysplasia is at variance with the scientific evidence, which does not support the hypothesis that treatment of the ectopy provides protection against cervical cancer [24]. For example, cervical pseudo-erosions were diagnosed at mass prophylactic checkups (so called dispenserizations) and treated by electro- or thermocautery [25, 26]; complications of such practice were noticed at a later date [19, 27, 28]. It was recommended to start the treatment of the pseudo-erosions possibly early, whereas large lesions were to be treated by “diathermoconization” (conization by means of an electrocautery electrode [16]), a procedure associated with complications [29]. It should be noted that according to the internationally used literature, “in most women during the reproductive period, the mucin-secreting columnar epithelium of the endocervix is present on the cervical portio, forming the endocervical ectropion or cervical ectopy.” [30]

If at the first appointment no gonococci are found in the urethral smears, a provocation by means of silver nitrate solution treatment of the urethra and cervical canal was recommended [14]. The test of cure included urethroscopy [2]. The combined provocation in women was performed 7–10 days after the completed treatment, then repeated after the next menstruation, and then again after 2–3 menstrual periods. The thrice-repeated combined provocations have been recommended also for Gn in female adolescents and children [11–13]. If the symptoms persist, but no gonococci are found in the smears, the treatment as for chronic Gn is prescribed. In consequence of such approach, non-gonococcal urethritis was sometimes treated by means of the topical procedures described above. For women with urogenital inflammatory conditions of unclear etiology some manuals recommended the same treatment as for chronic Gn [14].

The methods of local treatment and provocation described above were inherited from the pre-antibiotic epoch; they were mentioned neither in the internationally used handbooks [31–34] nor in review articles of that time [35–38], while the bouginage was recommended only for strictures [34]. Nevertheless the topical treatment and repeated tests of cure could have been meaningful in some cases because of limited availability of modern antibiotics in the former SU. Furthermore it is not entirely clear for a pathologist, which morphological equivalent corresponds to the “hard infiltration”, where the bouginage was firmly recommended [2, 3]. Obviously, an inflamed and edematous mucosa can be traumatized, possibly contributing to the scarring and formation of strictures. An overview of the earlier literature has shown that similar methods were applied during the World War I, when instrumentation, tamponades etc., were used for the treatment of Gn [39]. However, during the 1930s, a gentler, observant tactics were advocated [40]. After the discovery of sulfonamides [39] and especially of penicillin [41] the topical treatment of Gn and the rigorous tests of cure have largely lost their significance. Note that excessive instrumentation might have contributed to the spread of blood-borne infections such as viral hepatitis. In some countries e. g. Egypt repeated use of needles in conditions of suboptimal sterilization is believed to have contributed to the high prevalence of HCV infection [42].

The STI were under the state control in the former SU; and corresponding instructions had legal validity. At the same time, some STI experts understood obsoleteness of instructions and did not strictly adhere to them. Vague and incomprehensive recommendations in some handbooks [e.g., 6, 11, 43, 44] left space for personal judgment. Under these circumstances, personal judgment, sometimes coupled with conscious or subconscious ideation of punishment, have been obviously involved in some cases [45]. Some patients witnessed that abortions and gynecological manipulations were quite unpleasant, especially in women considered to be socially unprotected or “immoral”. At the same time, cytological tests (Pap-smears) for precancerous lesions of the cervix have been rare and not up to the international standards [46, 47], cervical cancer being therefore diagnosed relatively late [48].

Today the situation is changing. The instruction [1] is still valid; but at least in central dermato-venerological dispensaries no mechanical provocations are performed, and instillations are done only occasionally. The tests for Chlamydia and other pathogens are available today. Modern diagnostics and therapies are offered by some private institutions. In the newly edited Russian-language handbooks [49, 50], antibiotic therapy of Gn is extensively discussed, while the provocations and topical therapy are not mentioned at all. Hopefully, this article will be only of historical interest in the near future. What is important, however, is the ethical aspect mentioned in the preceding paragraph, which pertains also to other fields of medicine. Some other outdated therapies were discussed in [51]; this topic is significant and should be further studied.