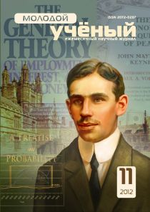 The historical and ethnographic information also proves that in the life of Central Asian people Islamic shamanism is connected with Sufism and the activities of saints. Specifically, muslim saints widely occupied the place of the spirits in shamanism. According to A. Divaeva wrote, the spirits took the Kazakh shamans to the presence of holy Kuchkor ota, in order to check his power they made him to read the writings on the paper. Most shamans imagined their patron spirits like a saint or mullah [1, с. 40-41].

Some researchers gave enough evidence that as the reason why some elements of shamanism were kept in Islam shamanism stood in a high position in the traditional life style of native people until Islam spreaded among the most peoples of the world [2, с. 289]. Saints have occupied a wide place in the traditional activities of Central Asian shaman people. Bakhshis (singers of epic tales) recommended their regular visitors to go to the holy places and stay there one night in order to recover in time.

While Islam was spreading widely shamanism was pursued by religious persons. Specifically, in Central Asia in XIX the shamans who wore women’s dress were strictly punished [3, с. 179]. For example, at that time in Karakalpak such people were stoned or buried up to their waist according to the blessing of mullahs. After that the tradition of burying them out of the graveyard with their face down appeared [4, с. 96]. But, such punishment was not given to them not only for their being occupied with shamanism, but for their breaking the Islamic laws. Because, according to shari’a (Islamic laws) men were not allowed to wear women’s clothes and vice versa, women were not allowed to wear men’s clothes [5, 43].

In ХIХ–ХХ centuries different thoughts about shamanistic beliefs not matching with Islamic laws were saved. But, some elements of shamanism were noticed in the course of Islamic traditions. For example, in the ХIХ century triangular amulets containing different written charms or verses related to Islam and marked scripts were added to shamanistic ceremonies among the Turkmen and Uzbek tribes. The Tajik shamans lived in northern Afghanistan mainly used the marked scripts and prayer beads during the ceremonies [6, p. 165-169], the Uratepa shamans took the religious books out of the room while getting ready for the ceremony. Because, as if such kind of books pretended the shaman from calling its spirits [7, с. 63-91].

According to Islam scholars, shari’a (Islamic laws) approves the work of fortuneteller and disapproves going to bakhshis (singers of epic tales) asking for help. Specifically, as K. Shoniyozov wrote, the Uzbek mullahs had negative relationship with bakhshi-shamans [8, с. 162]. Shamans’ beliefs can be the reason for it. Because, it is believed that according to shamanistic beliefs, during ecstasy in the underground (the dead), on-ground (the alive), sky (spirits) world they can easily stroll about and may influence on everybody there. Therefore shamans liked to regard themselves as prophets and in the result they faced a strict opposition by the representatives of Islam religion. It should be noted that shamans could never get along with the representatives of another religion. D. Freezer also noted this case [8, с. 142].

In ХIХ–ХХ century the shamans of Ferghana valley carried out their activity sometimes secretly, sometimes openly. It was caused by the reputation of Islam in the society and the politics carried out for the ancient religious beliefs. Most shamans snet some patients to the presence of mullahs to cure them, and mullahs advised some patients to go to the presence of bakhshis. As А. Levish wrote, “often the Kyrgizs called the shamans, religious scholars, bakhshis at the same time and they acted without interfering each other. In this case all of them tried in the same pupose to get an amount of money for their work” [9, с. 67]. In the Uratepe Tajiks after the shamanistic ceremonies a mullah came every morning for three days to blow on the patient to drive a way the evil spirits [10, с. 68]. In the beginning of ХХ century the shaman-bakhshis lived in Samarkand during the ceremony “kuchirma” asked the patient’s relatives to call a mullah and he helped them to strengthen their treatment by making a prayer [11, с. 150].

Some of the religious scholars admitted not only the shamanism, but also used some of its traditions. For example, some religious leaders weaved a tale about the existence of helping spirits, and used shamans’ treating methods too. A researcher A. Divaev who lived in XIX century noted some information about the peris(fairies) one of the shaman spirits were seen by mullahs, and sometimes they subdued them [12, с. 232]. The process of carrying out the shamanism at the same time with the Islamic spiritualness gradually became a usual case. As V. Basilov wrote, in the 60 s of ХХ century in Mari Turkmen the Muslim religious people were occupied with medical practice too. The religious persons called their helping spirits and held a ceremony of driving away jinns. Most of them were famous among the native people as “a mullah with a dutor” [13, с. 283].

The process of absorbing the Islamic ideas to the mind and soul of Central Asian people lasted long. After the native people had accepted Islam, it was very difficult for them to get rid of their ancient religious beliefs. Many religious beliefs existed until ХIХ century began to lose their sphere of influence in XX. This enormous changes didn’t bypassed shamanism either, but among the main part of the native people the respect for shamans remained.

According to V. Basilov, some of the traditions connected with Islam belong to shamanism, their roots dated to the very ancient times [14, с. 95]. This idea was confirmed by many scholars who researched the traditions and ceremonies of Turkish people, and they emphasized that originally shamanistic events belong to sometimes Islamic in form, and shamanistic in meaning.

A number of researchers acknowledged that the influence of shamanism on the society was connected with Islam [15, с. 124]. In shamanism the world of spirits was enriched with Saints, it began to reflect a certain Muslim character. For example, the Turkmen bakhsis asked for help of Imomi A’zam and Imomi Malik hoping their help in fighting against enemy spirits [16, с. 283].

As a rule, shamans or folk healers didn’t accept their permanent clients on Thursdays and Fridays which was the day off of Muslim. Because, on these days the patron spirits would go to Haj. In the result the bakhshis would lose their ability to influence on their patients. Therefore, most of the bakhshis in Ferghana valley don’t work on Fridays [17]. But, it should be noted that for some of the bakhshis in Ferghana valley there is no importance of which day it is. Particularly, Tuhfatilla bakhshi who lives in Chortok city accepts his clients on every day of the week. As the bakhshi acknowledges, every day of the Allah is great. To separate it into good and bad days is not in accordance with the aim. For only Friday is a great day, the sky doors open for prayers on this day. As the bakhshi tells, he has a particular daily schedule. The bakhshi sees the patients in the early morning from the pre-dawn prayers time to 10 o’clock, in the afternoon from noontime prayers to the evening sundown prayers. Because, between the times above as the bakhshi himself informs, he has a strong trans situation [18].

As О. Sukhareva noted, most of the Samarkand shamans in XX century did not accept their clients on Sundays. Because, on this day the eshons (mullah-like holy men) who were the patrons of shamans went to the market to do their family shopping and without their help the bakhshi couldn’t do anything [19, с. 43-44].

After Islam religion came into the area of Central Asia, the essence of shama­nistic belief completely changed. Shamanistic belief began to adapt with Islamic creeds. We can see such kind of situations in the ceremonial attributes and different ceremonies of shamans. Most of the bakhshis gave up traditional spheres and began to work by means of prayer beads and holy books. Specifically, Sumbula bakhshi, Dilo­rom bakhshi, Mavluda bakhshi make a prediction by prayer beads, and Abdu­rahim bakhshi makes a prediction by holy books. For example, Maqsuda bakhshi li­ved in Qaqir village of Uchkuprik district in Ferghana region said three times “Allah, Allah, Allah” before making a prediction, but she didn’t mention the word “Akbar”. Be­cause, as she tells, if she says “Akbar” her arms and legs wouldn’t work and her pre­diction would be pretended [20]. Such kind of situations were researched by O. Suk­ha­reva too. According to the researcher notes, in the 50-60s of XX century the sha­mans of Samarkand used mainly the holy books while predicting. Shamans tried to find treatment for the suffering of the patients by reading different prayers from the holy books. While predicting there always stood a knife in front of the bakhshi [21, с. 43]. Besides that, most of the shamans blew on their ceremonial aids by mullahs. Some of the bakhshis hung the triangular amulets containing different written charms or verses from the Quran on their necks. It can be seen from this, in shamanism the remainders of not only Islam, but also fetishism, one of the ancient beliefs remained.

In concluding we can say that most of the researchers use the phrase “Islamic shamanism” in describing the shamanistic problems. There is a partial truth in the these ideas. Because, Islamic shamanism reflects in itself the certain period of religion development. Besides, the people of the world who saved this religious belief accepted the world religions such as Buddhism, Christianity and Islam.

It should be acknowledged that the shaman-bakhshis living in Ferghana valley consider the most of the ceremonies belong to this religious belief connected with Islam religion. Therefore they tried to show as if they are not doing anything against Islam religion by reading charms and verses from Qur’an. It can be clarified by that most of the shamans have no sufficient religious education, trying to separate them­selves from the common people, intensity of realizing the national identity in the first years of the independence, giving the freedom of belief, increasing of exchange of information, looking at the development of modern medicine with doubt is still conti­nuing in the mind of common people. Some bakhshis’ intend to win people’s trust and earn more profit is progressively increasing. In the result, those who fell into the sphere of their influence can be met among the certain part of the native people. And this causes to happen various social problems (breaking of young families, inc­rea­sing of conflicts between the neighbors, breaking of relationships between rela­ti­ves and etc.) in the society.