Musical science and its stages of development 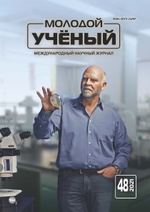 All the changes and innovations in the development of music education are directly related to the development of education. In the words of President Sh. Mirziyoyev, «We consider it our primary task to improve the activities of all levels of the education system in accordance with modern requirements» [6]. The basis of the reforms being carried out in our country is the process of education and its proper organization. It is no coincidence that the issue of educating young people and educating them to be well-rounded individuals is also important.

To this end, huge reforms are being carried out in the field of higher education in our country. The formation of the professional training of future teachers in pedagogical higher education is an important task of the state and society.

The system of training future music teachers in higher education includes a number of complex components (music pedagogy, practical and theoretical, methodological, conductor, vocal-choir, instrumental education). An integrated approach is needed to study specific aspects of the professional training process of a future music education teacher with a modern level of pedagogical science.

Study of scientific and methodological resources on the topic of technologies for teaching music theory in the training of future music teachers;

– Improving the «Model of a music teacher», which reflects the technology of teaching music theory in the training of future music teachers;

– Analysis of experimental work in the defining and final stages of research and preparation of conclusions based on the identified scientific results.

– empirical and theoretical methods are used.

History of theoretical musicology and its stages of development

It is well known that the development of music theory has long been of interest to musicologists, and in this regard, various legends and myths, fairy tales and epics in the form of oral creations have been formed in different nations.

Many scholars, relying on sources, point out that the art of music was formed during primitive society and developed in direct connection with labor, leisure, religious ceremonies, and military marches. Early musical theoretical knowledge is reported to have developed in the eastern countries of ancient Egypt, Syria, Palestine, Sumer, Babylon, India, and China in the 5th and 3rd millennia BC. The musical theories that emerged in the Middle East were based on artistic values of constant importance and played an important role in the further development of music art and musical theory not only in Asia but also in North Africa and even Europe.

From the ninth century onwards, music began to be written on parchment paper with the help of special notes — nevmas. By the 11th century, the lines of music introduced by the Italian musician Guidy de Arezso had been perfected. This has been of great importance in modern note writing science. Guido de Arezso put into practice the four-way note path, thus theoretically substantiating the hexacord system. In the ninth and thirteenth centuries, polyphonic forms of the Catholic Church's army appeared. Genres such as organum, motet, rondel, conductor, clausula, goket developed in the church. Ars nova music has a multi-voiced mass and an isorhythmic motet. The historical roots of the church lad go back to ancient Greek lads. The church tune is a system of monodic (or unanimous) tones of medieval church music:

Medieval music had other modes in addition to church modes, but they were not studied by music theorists. Only in Glarean's Dodecahord did the church fret system be supplemented with other fringes:

During this time, secular music was widely criticized as an anti-God art. But over the years, the first universities opened in European countries (such as the universities of Bologna and Paris). From the 4th century onwards, the Ars Nova period gave way to the Renaissance, the highest period of Western European art.

There were many types of intervals, and the ratio of the sounds they formed was explained according to mathematical rules.

– Researched scientific and methodological sources on the technology of teaching music theory in the preparation of future music teachers;

– The «Music Teacher Model» has been improved, reflecting the technology of teaching music theory in the professional training of future music teachers.

– Appropriate methods for teaching music theory have been developed;

– In the identifying and concluding stages of the study, a conclusion was prepared based on the analysis of experimental work and the identified scientific results.

Thus, the period of meaningful, long-developed, multi-faceted creative polyphony, which undoubtedly achieved perfection, influenced the most diverse creative directions, and spread to the myriad streams of Western European countries, came to an end. In Palestine, he reached the pinnacle of the classics. In Orlando Lasso art, polyphony has acquired a new look, a new thematicity, a new genre breadth, and national ties. Johann Sebastian Bach and Georg Friedrich Handel reached the peak of their development.