The Problems of Teaching Foreign Languages to Children with Speech Disorders 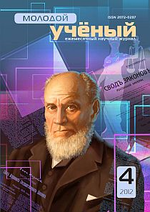 Speech-language pathology (now also called communication sciences and disorders in the United States and some other countries) is a fast-growing profession that, according to the Bureau of Labor Statistics, offers about 96,000 jobs in the United States alone. To practice in the United States, a prospective therapist must have an undergraduate degree (preferably in some area of communications), a graduate degree (with an internship; usually about 2 and 1/2 years) in speech pathology, the Certificate of Clinical Competence (CCC) in speech pathology from the American Speech and Hearing Association (ASHA), an additional certification from ASHA in school speech pathology and audiology, certification in special education instruction (most have this), must commit to lifelong continuing education, and must have passed any other federal or state examinations for licensure and certification. A doctorate is not currently required (as of June 2011), but that may change, as it has for many other areas of therapy. It relates to many educational disciplines such as communication sciences, linguistics, special education, and health care.

There are many different terms used to refer to professionals in this field, the most common of which are speech-language pathologist (SLP) and speech therapist involves the study, diagnosis, and treatment of communicative disorders. An SLP seeks to improve an individual’s capacity for communication through various techniques or the use of special equipment. Some of the responsibilities of an SLP include evaluating individuals with communicative problems, diagnosing disorders and creating treatment plans, and carrying those plans out. Also, an SLP may conduct research in the field, run a private practice, or work with large companies to improve employee-customer communication ('American Speech-Language-Hearing Association'). This article will focus on the aspects of speech-language pathology as practiced with young children in a school setting.

Studying works on disorders of speech pathology of children, I came across some account.
According to the National Institutes of Health, it is estimated that, in the United States,
• between 8 and 10 percent of people have a communication disorder;

• Stuttering affects more than 3 million people, mostly children of ages between 2 to 6.

• between 36.8 and 46 percent of people have a communication disorder;

In many countries the treatment of speech, language, and hearing impairments is handled differently by public and private schools throughout the country, although many programs have the same basic components.

Therapy usually takes place in the speech pathologist’s office, although it may be conducted in a classroom. As some researcher’s state and according to Mary Jablonski students are put into small groups of three or four students of the same age and severity of disorder. Students meet for 30 minutes to an hour sessions from one to five days in a week, depending on the diagnosis, severity, and disorder.

The children sit with the therapist and discuss any problems that they may be having or any progress that they have made. Students are encouraged to have a few minutes of conversation to loosen up their speech muscles. Also, the social interaction that results can be extremely profitable to children with communication disorders who may be shy or socially withdrawn. The rest of the session is spent to do an activity. Students may play games, make crafts, draw pictures, sing songs, or act out short skits or role-playing exercises. These activities focus on improving students’ communication skills using several techniques, as noted by ASHA:
• improving coordination of speech muscles through strengthening exercises, such as pushing the tongue against a tongue depressor, and training exercises involving sound repetition and imitation
• improving communication between the brain and the body through visual and auditory aids such as mirrors and tape recorders

Games and exercises can be tailored to each individual’s problem areas. For example, a game board might have pictures of familiar items along a way. All of items will have the target sound at the beginning of the word, in the middle, or at the end. A board for the /s/ sound may have images of stick, a wrestle, classes, a house, or season. Players roll dice and when they land on a particular picture, they have to pronounce the word correctly, focusing on the target sound. This game can be reproduced using pictures with /f/ sounds or /Ө/ sounds, etc. Games such as The Entire World of R Game Boards and The Entire World of R Say and Sequence Playing Card System treat the difficult /r/ phoneme while keeping the children’s energy and interest levels high. They enjoy the friendly competition and small-scale social interaction.

Students can use mirrors to look into their mouths as they practice sounds to make sure that their tongue, teeth, and lips are in the right places. A child’s speech may be recorded and played back so the child can hear what they are saying. Often, a child may think they're producing sounds the same as everyone else. Hear their recorded voice helps them realize what they are doing wrong.

If a child is having a difficult time to produce a particular sound, the speech pathologist may remind them of the oral cues that go along with the sound. Here are some common cues:
For /Ө/, stick out the tongue and blow air through the mouth; for /f/, bite the lower lip and push the air through the teeth; for /r/, raise the back of the tongue to the roof of the mouth, or pretend the back of the tongue is an elevator and there is a little man on it who wants to ride to the top.

At the end of the session students are usually given a decoration for good behavior. This could be a sticker, a pencil, or a small toy. They are also given worksheets to complete at home with their parents. The worksheets usually involve verbal interaction through games and coloring activities. Parental involvement and reinforcement play an integral part in a student’s progress. When a child succeeds and improves through therapy, the benefits can be overwhelming.
Communication skills play an important part in life’s experiences. In elementary school, children are developing language and learning to read and write. In order for a child to learn, he has to communicate and interact with his friends and adults. Spoken language is the basis for written language. As a child grows and develops, the two types of language interact and build upon each other to improve language. This process continues throughout a person’s life. If a child has a communication disorder, they are often delayed in other areas, such as reading and math. The child may be very bright but unable to express themselves correctly, and the learning process can be affected negatively.

Speech therapy can help children learn to communicate effectively with others and learn to solve problems and make decisions independently. Communication with peers and educators is an essential part of a fulfilling educational experience. Also, children who are able to overcome communication disorders feel a great sense of pride and confidence. Children who stutter may be withdrawn socially, but with the help of therapy and improved confidence, they can enjoy a fully active social life (ASHA).

In conclusion communication is at the heart of human existence. Proper skills are necessary to communicate effectively. When children develop those skills slowly or fail to develop them at all, there may be a communication disorder at fault. Disorders are diagnosed through assessments and tests and can be treated through interactive speech therapy. Over 1 million American students in kindergartens through twelfth grade are being treated for a communication disorder or impairment every year. A speech therapist works with children at schools to improve their oral motor skills and speech production. Improved communication through speech therapy can result in a better educational, social, and emotional experience for a child.

In this way, we can study effects of the nanoparticle concentration on SLP in an acceptable range of frequencies…

In this way, we can study effects of the nanoparticle concentration on SLP in an acceptable range of frequencies…