Analysis of architectural solution. Changes of accommodations and defensive buildings, based on clay architecture in the Khorezm oasis | Статья в журнале «Молодой ученый»

Analysis of architectural solution. Changes of accommodations and defensive buildings, based on clay architecture in the Khorezm oasis 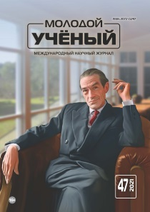 The Khorezm oasis and the boundary of Sarikamishboi are located in the northwestern and western part of the Turan basin. The geographical feature of this region is distinguished from other historical and cultural regions of Turan.

Because of the destruction of mineral substances in the mud layers of the Amu Darya River, the lowlands, which turned into a watery and fruitful, did not serve the interests of mankind. This historic process is brilliantly explained by the results of archaeological research conducted by Khorezm expedition staff in the Khorezm oasis under the patronage of S.Tolstov, the victories of the people of the region during the historical period and at various stages of housing construction.

According to historical data, the style of construction of semi-basement houses in the spirit of our ancestors, who lived during the Neolithic, Eneolithic, Bronze and Iron Age, dominated the Lower Amu-Darya basin, Sarikamishboyi and Uzbay regions. [1].

At the end of the II millennium BC, in the mid-70–80th centuries of the 20 th century, some of the Bactrian resettlement settlements had mastered the Kashkadarya and the Middle Amudarya and built Odaytepa. Thus, a group of the Baktriya population settled down the middle part of the Amu Darya River on the slopes of the Amu Darya River, hoping to continue the knowledge of the mud architecture in new areas in the construction of clay lanes.

According to archaeological findings, in the first half of the 7th century — the first half of the VI century BC, people of Odeitepa built the Bozhalkalas on the right and left edge of the Amu Darya River, using the technology of mud architecture on the plane connected to its right foot, from the Amudarya to the Kaltaminor canal for efficient use. [2]

On the other hand, the representatives of the second group of Odeitepa built Toshumba and built Humbuztepa and Khazarasp. [3–4]. In the first half of the 6 th century BC, people of Odeitepa built the fortress on the northern hills of the Amu Darya River in the middle of the Kuzalykr height and built a castle from this pile and rectangular bricks. [5].

In the V-VI-VII centuries BC, the right and left slopes of the Amu Darya River were extensively cultivated from the agricultural population, which were dumped through the Kaltaminor, Tozabogyab, Amirabad, Bozorqala, Tuproqkala, Tashkrammon, Kyrkyz canals. In their head, middle and end, the fortresses surrounded by large, smaller, middle and large walls of defense were built. They were planned in the form of circles, squares, corrugations, and trapezes, and had a variety of defensive elements.

A new era in the history of the Khorezm settlement began in the late seventh and early sixth century BC. One of the houses on the right and left banks of the Amudarya River began to be built. This created a school of clay architecture.

At the end of the second half of the seventh century BC, the Kaltaminor irrigation facility was erected from the Amu Darya River to Kyzyl Kum, and then to Bazarkalan the slopes of irrigation canals. Thus, the new oasis on the right bank is Bazarkala's architectural school and the main city. A new farming oasis has been set up in the Sarıkamish River basin, due to the construction of the irrigation canal in the middle of Davdon River of Amu Darya. In the southwestern part of the Sarıkamish River basin, the Davdon River has a high water upply, and Tunidarya's outlet has been provided with water in the surrounding areas of Kangkakir and Butentou. Butentou and Kangakala School of Architecture have been stablished in these regions. In the south of the Khorezm oasis, the architectural school n the left bank of the Amudarya River (Kushkala) and its micro oasis school (Odoitepa) operated. In Central Asia, the process of mud architecture can be divided into the following historical eras.

2 — Historical period: the end of VII century BC — the first half of the VI century.