Remote monitoring and management of a residential facility 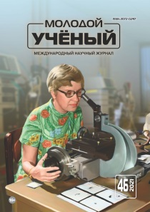 The article discusses the main aspects of the effectiveness of devices of the «smart home» system: the presence in the building of a single control system for all engineering systems; the presence of an intelligent switch, which has a number of differences from the existing switches and a number of other devices that are not so effective outside, but are very useful; installation of the required number of sensors, with the help of which the controllers will collect information; exercising remote control of devices with a telephone controller, protection with an electronic rotoveler or RoboDog, and implementation of remote control for decision making.

Today, smart home systems are an incredible leap forward, as technical capabilities expand every year. For the intelligent control of all engineering systems of the building, special software is being developed. At the same time, everyone has the right to decide for himself which functionality to choose, because of the modular construction of systems.

When building a “Smart Home” system, to transmit control signals to switches with intelligent filling, you can use already laid wires from sockets and fixtures, although, of course, it is much more convenient and functional during operation or expansion of the system, a special cable is used that was laid during construction at the stage with other utilities, also called a tire.

You can get rid of a common problem forever-it doesn't matter if something stays in the other room or in the kitchen. You just need to press the «off» button again. Or you can turn everything off — there is such a button. Or you can turn on all the lights with one button. If you need to increase comfort, you need to get rid of another limiter-a rigid attachment to the shaft. You can get out of this position by using the wireless switches.

The equipment included in the definition of «Smart Home» has a number of differences from switches, sockets, lamps, just as a Soviet TV with signal switching knobs differs from a modern one equipped with a remote control. For example, the appearance of the smart switch is almost similar to the usual one. Despite this, one keyboard can be both turned on and off, and the brightness can be mentioned. Now there is no need to stretch a lot of wires and install several switches, in order to ensure that the lamp in the chandelier is turned on in groups or groups of lamps mounted in ceilings or walls. Even with a double switch installed, the world can become a bright place and it can be turned off. As for the smart switch, it becomes achievable to mount 12 levels of regulation from zero to full power.

The equipment included in the definition of «Smart Home» has a number of differences from switches, sockets, lamps, just as a Soviet TV with signal switching knobs differs from a modern one equipped with a remote control. For example, the appearance of the smart switch is almost similar to the usual one. Despite this, one keyboard can be both turned on and off, and the brightness can be mentioned. Now there is no need to stretch a lot of wires and install several switches, in order to ensure that the lamp in the chandelier is turned on in groups or groups of lamps mounted in ceilings or walls. Even with a double switch installed, the world can become a bright place and it can be turned off. As for the smart switch, it becomes achievable to mount 12 levels of regulation from zero to full power.

The smart switch also differs from the device for changing the brightness of the world. It becomes possible to control the brightness of the world without resting from the places of residence, for example, sitting comfortably on the couch. The main condition is to have a closer outlet, which is connected to a multi-channel switch-a mini controller that can successfully control other electrical appliances-a coffee maker, a heater, an iron.

When designing a «Smart home» for the transmission of control signals, they can use already laid wire from sockets and lamps, although it is more reasonable and functional during the operation or build-up of systems to have a special cable — bus laid at the time of construction, along with other engineering networks. (Trot. 1.) Such systems allow you to restore the system with everything that will be necessary without spending a huge amount on redesign and repair work.

You can add more comfort, use the radio switch. Its appearance suits the modern design. It can look like a keychain with a certain warehouse of buttons or a remote control with 16 keys, which can improve the management of all the holy accessories in the dome, or how to look at a flat monitor, the thickness of which is 4 mm. to use this technology, we find a radio signal receiver installed in the socket. Its main task will be to transmit the control signal to the smart switch.

Another comfort in the plane of comfort and economy is the motion sensor. If it is installed, the world can turn on independently when a person moves at a distance of 6 -8 meters. After a while, the sensor will give a signal to turn off the light. It is also easy to program the sensor to turn on the world when it gets dark. Another positive side is that the sensor can operate independently from batteries, so it will not necessarily incur additional costs.

We get the comfort of a universal remote control that can replace individual ones — for TVs, stereos, video recorders, DVD players, etc. The universal remote control can improve the control of all equipment installed and installed in the future. This function requires the use of another device-a relay module, similar to a tee. Electrical appliances that need to be controlled are connected to the relay module.

An electronic Rottweiler or RoboDog, an intelligent device that copies the likes of a 60-kilogram Rottweiler, will help protect your home. Accessories function thanks to batteries, that is, it does not depend on the mains voltage. You can activate the RoboDog from motion sensors, from keychains, from door opening sensors, from vibration sensors.

To perform remote control of accessories, you need a phone controller that can be used as a regular controller-it allows you to control 10 accessories on the phone and 8 accessories from the buttons. Access to the management is protected by code.

It is also possible to use a satellite receiver, and if it is connected to several TVs, it can control them from several places using a conventional remote control, using a radio remote control that receives control signals and transmits them further to the receiver by radio.

The use of the above-mentioned intelligent equipment was distinguished by the main consumer function — their work is spectacular. In the complex «Smart Home» there are other devices that are not so spectacular in appearance, but useful.

Consider an example: if you install several sensors and a controller in the boiler room, the owner will get new features: turning the boiler on/off according to the program, as well as at a distance. The controller will also monitor the gas pressure, the presence of diesel fuel, and the liquid pressure — after all, there is usually an automatic air release valve in the system, and water vapor leaves with the air — the pressure in the system drops, and the controller will give the valve a command to add water to the system in time. All these functions are possible with the installation of the required number of sensors, with which the controller will collect information.

The controller can make it easier to water the lawn. In this case, it is necessary to equip the irrigation system with a sensor of humidity, rain and temperature; a person will not be able to worry about the absence of rain, the lawn will be watered as necessary after sunset. If the weather is very hot, then watering will be carried out before sunrise. The same controller can turn on/off the fountain pump.

You can also control the heating batteries. It is possible to equip the window panes with a sensor — when they are opened, the street will not be heated. If the thermoregulators on the heating batteries are already available, then there are special overlays on the thermoregulators. If there are no thermoregulators, you will have to install controlled valves that will turn on and off the flow of heat carriers through the batteries. But in these situations, it will be necessary to stretch the wires. Of course, it would be more convenient to design everything without wires — but in the near future this is unrealistic.

But if you need a high degree of reliability and manageability of all components and assemblies, building up a complex of controlled equipment while maintaining all existing systems and parameters is the most effective means — laying a cable system.

The main findings and results

The service life of the «Smart Home» cable system is comparable to the service life of the house itself. To implement this idea simultaneously with the laying of engineering systems, it is necessary to stretch a special twisted pair of wires from the place where the computer will stand in each room, to each outlet and switch. Next, in each room, you need to make a telephone socket to subsequently connect to the home PBX, and to it — an intercom, lock control. It is advantageous to conduct this telecommunications with an eight-core twisted pair. The TV cable should be of the highest possible quality and it is best to plug it into an outlet.

As for the power cable, it is most reasonable to provide a place for a cabinet on each floor and from each group of sockets, from each switch, as well as from each group of lamps, to stretch a three-wire cable directly into the cabinet, without any connections in the rooms.

In any case, if you change your mind to design a «Smart home», the cabinet will make it possible to connect the wires with a classic circuit, with a switch that simply opens the phase line. But in the future, this wiring geometry will allow you to quickly return to the idea of a« Smart Home " and implement ee.

The cost of laying a system of cables, installing sensors and controllers, as well as installing and running a Smart Home system is comparable in price to a good-class car. And whatever scheme for calculating the cost of using the «Smart Building» would be applicable-the system will pay off. Since the damage from theft, fire, gas leak or attack on the house is much greater than the investment in equipping the house with the «Smart Building» system.

The introduction of the main elements of the «smart home» already at the construction stage of the building makes it possible to connect these «smart buildings» in the future. In the near future, this phenomenon will certainly gain momentum already at the level of districts and cities, i.e. the construction of " smart homes «in the future will turn into the creation of a single large»smart city».

The undeniable advantages of implementing automation systems at urban life support facilities are their undeniable advantages. First of all, they provide constant monitoring of equipment and technical systems, create a schedule of preventive and repair work, and increase the service life of equipment. In addition, they provide accounting and control of the amount of resources used in the city (gas, electricity, water) and significant savings in the use of resources.