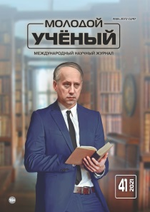 Latin was the only cultural language. The Latin language has evolved to the point that it now includes a variety of regional dialects. Until the Renaissance, Latin did an excellent job of serving as an international language. Another issue that hampered the survival of a living Latin was the rise of the concept of a universal language. In all disciplines of science and technology, Latinized vocabulary is the primary source of replenishment of ever-increasing terminology. Latin is the most widely spoken language in Europe. The Latin language is one of the ways to raise one's philological education level.

Latin was the only language of culture, representing the state language of the multi-tribal Roman Empire, which controlled a vast region around the Mediterranean Sea by the third century AD. The Latin language's historical significance as an international language of science and fiction sets it apart from the many artificial languages that were available for worldwide communication. Until the XII-XIII centuries, that is. Latin remained the only literary language, as well as an instrument of creative creation and scientific thinking, and most importantly, the language of the Catholic faith, which constituted the foundation of medieval ideology.

The Latin language has evolved into a multitude of local dialects, generally known as vulgar Latin, as a result of the oral contact of various romanized tribes. Such dialects also signaled the start of contemporary Romance languages. The written Latin language, on the other hand, did not lose its unity: having it gave its speakers the ability to communicate with one another in real time, both within and outside of Romanized nations.

The outstanding anthology of medieval Latin literature's compilers write: «Latin literature was not a dead literature, and neither was the Latin language. Latin was not just a written language, but also a spoken language that brought together a small group of educated individuals at the time... Not just treatises, but also accusing sermons, instructive historical works, and inspired poetry were produced in Latin». [7]

As a result, for many centuries prior to the Renaissance, the Latin language excelled at serving as an international language, not just in science but also in poetry.

The Renaissance's ideological foundation was humanism, the main content of which is the cult of man, placed at the center of the universe. Antiquity, according to this ideology, is an ideal historical period in which science and art, the state, and society flourished. Writers attempted to emulate ancient models, particularly Cicero's language. The Latin language in the Renaissance became the most important means of scientific and cultural communication [4, 5, 6].

It should be highlighted that the Latin language is being replaced by national dialects as a result of the ongoing rise of national movements, which has evident consequences for the intensity of scientific communication. The birth of the idea of a universal language generated artificially and meant to become the common and only language of mankind had a negative impact on the preservation of a living Latin.

It was established a solid tradition of viewing the international language as artificial, which persisted even when the international language was given a more limited, but more real role as an auxiliary language intended only for particular areas of human connection. J., an Italian mathematician, has a fascinating theory. Peano suggested a worldwide language project dubbed «interlingua» in 1909, whose essence is indicated in its other moniker — «Latin blue-inflection» (Latin without inflections) [3].

This is a language whose vocabulary is entirely based on Latin and Latinized words. Peano stated the following about the use of grammatical constructions: «The smallest theoretically possible amount of grammar is the lack of any grammar». Of course, this isn't a rejection of grammar in general, as that would be a linguistic absurdity, but rather of the inflectional representation of grammatical forms.

If the phrase «pater ama filio» in the Latin-blue inflection has a particular meaning, it is because the grammatical connotations (which are conveyed in the comparable Latin phrase «filium amat pater») are expressed here by the word order. In other circumstances, analytical methods can be used to express grammatical meanings. If the inflection is not employed, a new expression system must be developed.

However, while deciding on a language to be used as an international language of science, the following factors must be considered:

– The fundamental source of replenishment of continually rising terminology in all disciplines of science and technology is Latinized Greek vocabulary.

– From antiquity to the present, Latin has been the primary language of European culture.

– The Latin language is one of the means of improving the level of philological education, which should be based on the philological analysis of classical Latin texts.

Professor Jean Capel, a French mechanical scientist and director of the National Institute of Applied Knowledge, wrote an article titled «Latin or the Babel of Babel» («L'Education Nationale» 23.10.1952) in which he argued that there is a need for an international language in the context of growing multilingualism in scientific literature [3].

The only way to solve the problem is to improve the Latin language's current performance as an international scientific language to the point where it can meet the needs of communication in all sectors of science. The paper aided in the planning of the 1st International Congress of Living Latin, which was conducted with the sponsorship of the Ministry of Public Education of France.