Standard English Language and Prognosis for the Future Changes 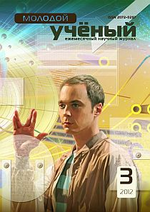 According to the Oxford English Dictionary, “to standardize” is basically, “To bring to a standard or uniform size, strength, form of construction, proportion of ingredients, or the like”[1]. In another words, a standard is that which has been selected as a model to which objects or actions may be compared.

The standard language is ideologically constructed by means of sociocultural and sociolinguistic process of standardization involving the codification and institutionalization of the dominant linguistic and cultural norms of the educated native speaker. Standardization institutionalizes a set of evaluative and affective stances toward practices of variation in opposition to a standardized language and its attendant culture. They are operative on the level of individual and collective beliefs, as well as on a policy level that influence political and educational decisions concerning language.

Contributions from diverse research traditions (including sociolinguistics, anthropology, sociology, education, and cultural theory) have problematized the notion of the idealized native standard speaker The disjunction between what is thought, or assumed, to be the language (that is, the native standard language) and language practices as they can be observed in a variety of contexts has led to a multidisciplinary view of standard language as an ideology grounded in a linguistic culture with significant sociocultural, political and pedagogical implications. For example, sociolinguist James Milroy (2001) [2] observes that speakers of standard languages can be said to live in “standard language cultures” in which certain languages, including widely used ones such as English, French and Spanish, are believed by their speakers to exist in standardized forms, and this kind of belief affects the way in which speakers think about their own language and about language in general [3].

The notion of standard language is a sociocultural reaction to variation in language-culture practices attached to ideologically constructed categories in society (such as educated -. uneducated; middle class- working class; foreign – native, etc.).

The culture of standardization has been most visible in terms of language and schooling. Educational standards like standard languages are ideological in that they represent a worldview of language and society in which variation is problematic.

The standardization of a language refers to the diachronic maintenance and conformity of a societies’ language. Milroy said that “at any time we care to look at a language…it is variable and in a state of change” [2]. The implication is therefore that a language can never be completely stable and that languages can only ever be standardized to a certain extent. In attempting to standardize a language a conscious effort would have to be made to maintain it. With major language societies such as English and French, there is a wider diversity within their languages due to the regional variation and nomadic tendencies and so in an effort to impress the super-ordinate form, they would need an effective system that would be strong enough to impress conformity on societies. Government intervention would be crucial to change, to set an overt legislation and to impose a codified linguistic norm into the elite social groups using education and definitive and certain types of literacy. Changes in media delivery would also be essential to consolidating the language usage. With such a great effort to standardize language it is clear to see that if a language were standardized, it would be the language with the power, the language with the most speakers and it would have the greatest domination [4].

It is estimated that there are 410 million native English speakers and 1billion who speaks it as a second language or use it as a foreign language in the world today (2007) [5]. So, English is the second most spoken language in the world, with Chinese being the first. English is the main language of world publishing, science and technology, conferencing, and computer storage as well as the language of international air traffic control. English is also the central language used for purposes of international communications, and international politics, business communications, and academic communities. It is one of the six official and working languages of the United Nations Organization.

People speaking English are called “Anglophones”. English belongs to the Germanic languages of Indo-European family. The language is dominated by the analytical forms of grammar meaning expression. The order of words is mainly strict. English is considered to be an analytical type of languages. About 70% of words are derived. Written English on the base of the Latin alphabet came into being since the seventeenth century. The English Alphabet contains 26 letters.

One of the most typical peculiarities of English is a short word. Short words are of German origin, long words of French and Latin. Grammatical structure of the language was influenced by Norman-French and Latin dialects. Vocabulary has derivations from Latin, Italian, Spanish, Dutch and Arabic.

Before Present Day English became the language we recognize today, it was an inflectional language that is barely recognizable to a twenty-first century reader’s eyes. Old English used symbols and structure that did not resemble today’s language. Since it used inflectional endings, it did not have any similarities to present day sentence structure and syntax. Old English looks more like Latin.

After the Norman Invasion, French became the official language of England until the fourteenth century. While French was the official language among schools and nobility, many English dialects were still maintained in the countryside. After the Hundred Years War, French was officially replaced by English as the country official language. Over the centuries when French and Latin were spread into the country, the English language has transformed. Old English had changed in both spelling and pronunciations. It had transformed into Middle English. The most wide spread and influential of the many dialects in the country was the London dialect. One of the most famous writers of the fourteenth century was Chaucer. The language that Chaucer used had developed a new style of sentence structure and spelling. It borrowed words from French but phonetics from its Germanic origins.

Coming from Middle English into Early Modern English there were also many transitions which took place among the language as a whole as well. Words underwent such semantic changes as specialization, process whereby the meaning of a word shifts from the general to the specific, and oppositely generalization.

Over the last century, English has changed so greatly that new varieties have emerged and English as an international lingua franca is coming into being. English is becoming the language that non-native speakers use to communicate among themselves in international settings apart from communicating with the British and American people.

According to Thorne (1997) standard English refers to whatever form of the English language is accepted as a national norm in an Anglophone country. It encompasses grammar, vocabulary, and spelling. In the British Isles, particularly in England and Wales, it is often associated with: the “Received Pronunciation” accent (there are several variants of the accent) and UKSE (United Kingdom Standard English), which refers to grammar and vocabulary. According to Smith (1996) in the United States it is generally associated with the “General American” accent, and in Australia with “General Australian”. There is no official or central regulating body defining Standard English. Although Standard English is generally the most formal version of the language, there exists a range of registers within Standard English, as is often seen when comparing a newspaper article with an academic paper, for example. A distinction also should be drawn between spoken and written standards. Spoken standards are traditionally looser than their written counterparts, and quicker to accept new grammatical forms and vocabulary. Smith stresses that the various geographical varieties of Standard English more or less adhere in their written form to a generally accepted set of rules, often those established by grammarians of the eighteenth century [5].

Linguists call English as a standard language in its most widely accepted form, as written and spoken by educated people in both formal and informal contexts, having universal currency while incorporating regional differences. According to Peter Trudgill, Standard English is a set of grammar and vocabulary forms that are typically used by native educated people in oral and written speech [6].

For some educated people the term “Standard English” is a synonym for good or correct English usage. Others use it to refer to a specific geographical dialect of English or a dialect, favored by the most powerful and prestigious social group.

Some linguists argue that there really is no single standard of English. Some consider it to depend on both the locality and the particular varieties that Standard English is being contrasted with [3]. A form that is considered standard in one region may be non standard in another, and a form that is standard by contrast with one variety (for example, the language of inner-city African Americans ) may be considered non standard by contrast with the usage of middle-class professionals.

No matter how it is interpreted, however, Standard English shouldn’t be regarded as being necessarily correct or unexceptionable, since it will include many kinds of language that could be faulted on various grounds, like the language of corporate memos and television advertisements or the conversations of middle-class high-school students. Thus while the term can serve a useful descriptive purpose providing the context make its meaning clear, it shouldn’t be construed as conferring any absolute positive evaluation.

English originated in England during the Anglo-Saxon period and is now spoken as a first or second language in many countries of the world, many of which have developed one or more “national standards”. English is the first language of the majority of the population in a number of countries, including the United Kingdom, the United States, Canada, Australia, Ireland, New Zealand and is an official language in some countries of Asia and Africa. Further changes in the language could be studied. As the result of historical migrations of English-speaking population and colonization, and the predominant use of English as the international language of trade and commerce (lingua franca), English has also become the most widely used second language. In countries where English is either not a native language or is not widely spoken, a native variant (typically English English or North American English and Australian) might be considered “standard” for teaching purposes. While these dialects are direct descendents of England’s London dialect English, they differ significantly from the language spoken in England.

English has changed since it was “standardized” in the seventeenth and eighteenth centuries and it will certainly continue to change well into the future, but more than likely from now on it will continually resemble Early Modern English. With the specific grammar, syntax, spelling and pronunciation used in English, the language is not likely to change too drastically. The lines of parts of speech, such as nouns and verbs, and the development of new words are the largest changes seen in our lifetimes [8]. It is impossible to determine the future of a language but it seems safe to say that English will continue to grow strong in the world.