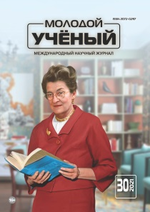 With the growing popularity of American comedy movies in Russia and the CIS, it is getting more and more essential to provide high-quality movie translations. This article aims at analysing the linguacultural aspect of the translation of humour in the movie My Big Fat Greek Wedding.

My Big Fat Greek Wedding is a comprehensive guide on Greek culture and mentality. It is more than evident from the films that Greeks like making fun of themselves. Let us have a look at the first example of self-mockery and compare the official translation with the original version. Our main aim here is to see whether the translators took into account the linguacultural aspect of translation.

The other girls were blonde and delicate.

And I was a swarthy 6-year-old with sideburns.

This is how Toula Portokalos describes her appearance as a child. She makes fun of her own sideburns that were allegedly growing at 6 years old. According to the specialists in intercultural communication, there are several stereotypes that are based on the communicative behaviour of the Americans such as extraversion, blowing smoke, political ingenuity, etc. The American humour is concrete and full of comments that are meant to explain some minor details. It cannot be denied that some features of American mentality, like openness, directness and making categorical judgements, reflect in the linguacultural aspect of humour. American humour is rather straightforward, categorical and sometimes even rude. It is often based on exaggeration or absurdity [1, p.12–13].

It is essential to take into consideration all the above-mentioned features and try to avoid any straightforward or categorical ways of describing 6-year-old Toula’s appearance. It is worth mentioning that the monologue is presented in a voice-over format and thus, there is no need for lip-synchronisation. The linguacultural aspect of humour was well-considered in the official translation.

The official translation is correct from the point of view of both adequacy and pragmatics in translation.

There are two more examples to study in this article.

Toula pronounces the above-mentioned phrase with a sarcastic smile which makes the scene funnier. It reflects some features of American humour, such as directness and explicitness.

Years went by, and dad brought his mother from Greece to live with us... because we weren’t weird enough.

The sarcasm is the basis of the comical effect in this scene. Nonetheless, the American viewer experiences no difficulty in understanding the sarcasm as it follows Toula’s monologue about her weird family.

The semantic development used by the translators led to the loss of the comical effect. Moreover, the linguacultural features of Russian humour were not considered in the translation. There is no need for lip-synchronisation; thus, it is even more difficult to assume why the translators came up with such a translation. They might have neglected the comical effect in this scene because it forms part of Toula’s sarcastic monologue about her crazy family. They might have also classified it as situational humour — in the next scene, Toula’s grandma hits her own son and calls him an “ugly Turk”.

We have decided to offer our translation of this scene that does not lead to the loss of the comical effect and is well-considered in terms of linguacultural peculiarities of Russian humour, such as sarcasm and unexpectedness. The translation does not contradict to the principle of lip-synchronisation.

All things considered, the humourous scenes of self-mockery in My Big Fat Greek Wedding are translated mainly with the help of linguacultural particularities of Russian humour. We have also managed to find a scene that runs counter to the general trend. The possible reasons for such a discrepancy have also been given.