Graphical Abbreviation and Acronyms in English 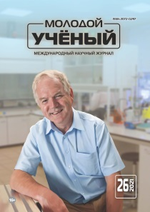 At the turn of the XX and XXI centuries information became the overriding factor of progress. Today it determinate economic and political development and may be used even as devastating weapon in so-called «information wars».

The relevance of this research is based on the fact that globalization, global integration and rapid development of the Internet have led humanity to an unprecedented acceleration of the pace of modern life, which means that we are forced to increasingly use various tools that help significantly reduce the time of information transmission.

Since the key element of communication between people is still speech (both written and oral), the changes affected it primarily. We have started not only to speak more succinctly and quickly, but also to use techniques shortening our speech in writing. Such techniques include, for example, long-known graphic abbreviations and acronyms.

Abbreviation is one of the simplest and most popular ways to shorten words and sometimes create new lexical units. There are various kinds of abbreviations, such as simple, which are formed by dropping the final or initial parts of words ( bus from omnibus, demo from demonstration, etc.), and complex, which are formed by reducing several words within the phrase ( UNESCO from United Nations Educational Scientific and Cultural Organization, NATO from North Atlantic Treaty Organization, etc.).

It should be noted that graphic abbreviations and acronyms apply not only to words themselves, but also to stable word combinations. Besides, language is a constantly changing, inflectional «living being», and in the process of its development, abbreviations that we use in written speech often pass into oral speech and vice versa.

This work considers graphic abbreviations and acronyms as two methods of shortening words or two different directions in lexicology. However, it should be clarified that in real life, sometimes it is impossible to tell exactly what type of shortenings a particular abbreviation refers to.

Since abbreviations are a kind of tool in linguistics, theoretically they can be created by any person or organization at their own discretion, which means that before using any infrequently used abbreviations in scientific papers or significant articles, you need to make sure that they are legally correct. In addition, official documents — for example, credit contracts or marriage contracts — often include their own «local» abbreviations, usually graphic abbreviations, which make it possible not to repeat the most frequently used words, terms, or names of organizations in the document. [6, P. 208]

However, abbreviations that are used equally in oral and written speech are generally considered as lexical abbreviations. They are usually formed by shortening the morphemes of a single word or shortening the words included in a phrase and then combining the resulting parts [1, P. 15]. These abbreviations are much easier to pronounce aloud, their articulation is natural, which is not the case with graphic abbreviations.

The main distinguishing features of graphic abbreviations are that they:

– first, they are used only in writing;

– third , they are often borrowed from other languages (Latin, English, French, etc.).

As mentioned above, sometimes it is impossible to determine exactly what format of shortenings a particular abbreviation belongs to. This is often due to the fact that graphic abbreviations can become almost full-fledged lexical units of the language, acronyms or words. This is how the words MP — a member of the English Parliament and GI — an American soldier (from government issue) appeared. [9, P. 208]

Examples of the most commonly used graphical abbreviations. The Romans, as carriers of one of the most advanced civilizations, shared with the modern world not only grandiose architectural structures and magnificent works of art, but also a rich political, scientific and literary experience, which is reflected in the number of Latin abbreviations that are now used by the average British or American.

A classic case study is loanwords from Latin, for example, «ca» — «circa», «CV» — «Curriculum Vitae», «vs» — «versus» [7]. They are often used in everyday life, as well as in literature or scientific texts.

In addition, graphic abbreviations are very typical for personal and official letters, where all the usual abbreviations are used, such as: St — Street, Rd — Road, Dr. — Doctor, P.S. — Post Scriptum, WA — Washington , etc.

Abbreviations for metric units are most commonly used in writing in English, Russian or any other language: in. — inch, sec. — second, gm. — gram, cm. — centimeter, ft. — foot, etc. [5]

Another popular way of shortening speech in writing and in oral form, along with graphic abbreviations, are acronyms. Acronyms when reading not replaced by their full-stem equivalents in contrast to graphical abbreviations — they are read in their entirety as written, just like other complex abbreviations.

In addition, communication on the Internet is most often reduced to conversations in social networks, various blogs, forums or messengers, which leads to the creation of a specific «digital language» or «Digispeak».

«Digispeak», also known as «techspeak» or «webspeak» — is a set of abbreviations that in most cases are acronyms and are used on various web resources [3]. These acronyms consist of the first letters of words included in phrases, sentences, or questions that people most often use in online chats. The list of the most used acronyms in «Digispeak» is given in Table 1. [2]

Many of these abbreviations have become so popular that they have passed into spoken language. In addition, some acronyms from «Digispeak» are used even in Russian, but after borrowing they have changed their lexical and grammatical properties to some extent.

Borrowed acronyms are written in Russian equivalent to English using the transliteration method: LOL — лол, IDK — идк, OMG — омг, IMHO — имхо, IRL — ирл, ROFL — рофл . The values of acronyms such as IDK, OMG, IMHO, IRL completely preserved, they also did not acquire new grammatical properties. However, for example, the acronym LOL (лол) began to be used in Runet more as an interjection, a way of reacting to unexpected funny situations, jokes, or Internet-memes.

Much larger changes have affected the acronym ROFL — its Russian equivalent — рофл — became used as a noun meaning «joke» or «prank». In addition, the verb «рофлить» appeared, it has a new meaning — «to mock someone, to joke rude, to prank». [10]

It is difficult to overestimate the significance of abbreviations and acronyms in modern English. It was quite high since English tends to use abbreviations frequently both in spoken and written speech. In addition, due to the growing influence of the Internet, acronyms have become actively integrated into the everyday vocabulary of modern people.

Both acronyms and graphical abbreviations should be distinguished from other types of abbreviations and acronyms — they are independent lexical subgroups.

As mentioned above, the development of the Internet has had a serious impact on the English language, it has a lot of new abbreviations, as well as a whole «new language environment» — «Digispeak».

It is important to remember that the trends towards shortening and speeding up speech are not always positive. Language is not only one of the most important sources of culture, but also one of the few ways to preserve and transmit it, so in the pursuit of time, it is important not to forget the true value of a rich literary language.