The specificity of the persuasion phenomena on English-language TED platform 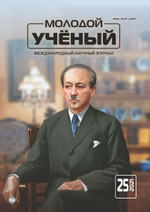 Basic principles of persuasion, along with methods and techniques for attracting attention of the listener to the speaker are scrutinized in this research paper.

The concept of public speaking is directly related to TED conferences. Public speech is one of the forms of speech activity mentioned earlier. It represents speech for a specific group of people. As we have already found out, there are pragmatic parameters that do not allow turning a speech into a monologue isolated from non-verbal information. Such speech is aimed at a specific target audience of the speaker. Traditionally, public speaking was considered to be a part of the art of persuasion. Speech interaction consists in influencing behavior, attitudes, assessing an individual or a group of persons by means of language. Persuasion can also be interpreted as using one’s personal or positional resources to change people's behaviors or attitudes. The act can accomplish particular purposes including to inform, to persuade, and to entertain. Moreover, differing rules, methods, and structures can be used according to the speaking situation.

The art of persuasion has existed since ancient times. It was included in the broader concept of «oratory» and preserved in its classical form when lecturing at universities. In the 21st century we use persuasion everywhere, regardless of its goals and objectives, which makes relevant any attempts of further investigation of this phenomenon. The concept of persuasion is closely related to paralinguistics, which points to a metalinguistic structure that provides additional information about a statement. In TED-conference talks it is essential to correctly convey the information to the audience (target audience) and to transmit a message not only through boring presentation but also through giving it an emotional context. Thus, the knowledge presented in a given form creates a more convincing and easily digestible material for the listener. Nowadays, public speaking continues to evolve through various innovations and technologies such as video conferencing, multimedia presentations, etc.

Public speaking can serve the purpose of transmitting information, telling a story, motivating people to act or encouraging people. This type of speech is deliberately structured with three general purposes: to inform, to persuade and to entertain. Knowing when public speaking is most effective and how it is done properly are key to understanding the importance of it.

It is important to note that persuasion is one of the central categories of human life and activity, and at the same time it is a complex contradictory and difficult to analyze category. Millions of people can be convinced that they are called to build a «beautiful new world» and in spite of living in poverty and making incredible sacrifices they will see the shoots of this world everywhere. A large group of people can be convinced that each of them is immortal, and they will gladly accept the collective self-immolation.

The principle of reciprocity is directly related to a sense of obligation, when a person feels obligated for a service provided or information provided, especially received at the right time for the provider. Thus, this principle plays on human trust and the desire to repay even for an imposed service or information.

The principle of consistency is one of the most important in the competent construction of a public speech. This principle allows you to clearly structure the communicative act, thereby building a clear narrative line, exposing the speaker's motives and expressively bringing it to the listener.

The principle of social proof has a huge impact on the individual. This concept implies belonging to a certain group of people, the approval of which is of great value for those included in it. An example is the popular science film «Me and Others» with the experiment «Both are white». According to the concept, for involvement in any community, it is worth sharing common views, especially if the deciding person does not have a firm and well-established position on the issues raised.

The principle of likeness. People tend to agree with the people they like. Thus, the principle of similarity consists of two main categories: physical attractiveness and similarity with oneself. It is believed that physically more attractive people can appear more convincing.

Authority is a very important principle. Experiments have shown that people are more likely to trust people who wear white coats (the Stanford Experiment) and act as professors. The specific speech of the speaker does not matter if the social status does not allow doubting the words of the speaker.

Scarcity plays an important role in the process of persuasion. People tend to attribute special qualities to things or information that are in short supply, evaluating it as worthwhile.

Persuasion is studied by many sciences such as psychology, logic, linguistics, philosophy, rhetoric, the theory of social communication, etc. The theory of argumentation occupies a special place among them. Argumentation is bringing arguments in order to change the position or beliefs of the other audience.

The theory of argumentation examines the diverse ways of persuading the audience with the help of speech influence. It analyzes and explains the hidden mechanisms of the «inconspicuous art» of speech influence in the framework of a variety of communication systems — from scientific evidence to political propaganda, artistic language and trade advertising.

It is possible to influence the beliefs of listeners or viewers not only with the help of speech and verbally expressed arguments, but also in many other ways: gesture, facial expressions, visual images, etc. Even silence in certain cases turns out to be quite a weighty argument. These ways of influencing beliefs are studied by psychology, art theory, and others.

Empirical data can be used in the course of argumentation as examples, illustrations and samples. A fact or a particular case as an example makes generalization possible; by way of illustration, he reinforces an already established general position; and finally, it encourages imitation.

An example is a fact or special case used as a starting point for a subsequent generalization. Psychological research confirms that not only positive, but also negative (contradictory) examples are needed to assimilate a general statement or rule.

General statements, scientific laws, principles, etc. cannot be substantiated purely empirically, by reference only to experience. They also require a theoretical foundation based on reasoning and referring to other accepted statements. Without this, there is neither abstract theoretical knowledge nor well-founded beliefs.

One of the important ways of theoretical argumentation is deductive argumentation. This argument means that a certain statement follows (logically follows) from other statements. Another way of theoretical justification is to analyze the statement from the point of view of the possibility of its empirical confirmation and refutation. A well-founded statement must be in agreement with the factual material on the basis of which and for the explanation of which it is put forward. It must also comply with the laws, principles, theories, etc., existing in the area under consideration. This is the so-called compatibility condition.

Methodological argumentation is the substantiation of an individual statement or a holistic concept by reference to the undoubtedly reliable method by which a substantiated statement or a championed concept is obtained.

Thus, we can conclude, that the skill of persuasion has developed over many centuries, along with this, the techniques with the help of which the persuasion takes place have become more and more disguised. Persuasion is now ubiquitous, and certain skills, such as the principles described, can help the speaker make a better impression. High-quality argumentation and support of judgments with illustrative examples can help in building a thoughtful and competent oral statement. Taken together, these several factors increase the interest of the recipient of the speech several times.