Latin in the Contemporary World 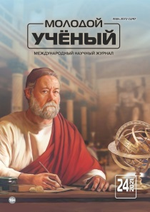 The value of the Latin language for the needs of modern civilization is discussed in this article.

Introduction. The Latin language (or simply «Latin») is just one of the oldest Indo-European languages. It is part of the Latin-Faliscan subgroup of the Italic languages in the Indo-European language family. Despite the fact that Latin is considered a dead language, it is nonetheless the only actively spoken Italian language currently. Languages that have no surviving speakers are considered dead. People for whom Latin was their native language have been missing for more than a thousand and a half years [1,3].

Several stages in the evolution of the Latin language can be identified (the article uses Western periodization):

Archaic Latin. It covers the period up to 75 BC. The oldest existing written monument in Latin is the so-called «Duenos inscription», which resembles Latin in the modern sense only tangentially. At the beginning of the first millennium BC, the Latin language was used by the population of the region of Latium (in Latin — Latium). This region was situated in the Apennine Peninsula's center. The people who lived in this area were known as «Latins», and the language they spoke was also known as «Latin». The center of the Latium region, the city of Rome, eventually became the capital of a powerful state.

Classical Latin. This stage covers the period from 75 BC to approximately 200 AD. The concept of «classical Latin» is usually applied to the literary Latin language, which has reached a high level of its morphological and syntactic development. The writings of Cicero, Caesar, Virgil, Horace, and Ovid are thought to be examples of «classical Latin». This is the period of the transformation of Rome into the largest slave state, subjugating vast territories. Classical Latin is the language of the educated citizens of the Roman Empire. At the same time, what we understand by «classical Latin» is, in fact, a stylized written literary language. The language spoken by the people of the Roman Empire is «vulgar Latin» (or «popular Latin»).

Medieval Latin (300–1300). This medieval form of Latin was common in Western Europe in the clerical and educational systems, as well as the language of the liturgy. For many centuries, this form of Latin has been the main means of cross-linguistic communication in church life, government, school, science, and diplomacy.

Latin of the Renaissance (1300–1600). The Renaissance's ideological foundation was humanism, the main content of which is the cult of man, placed at the center of the universe. Antiquity, according to this ideology, is an ideal historical period in which science and art, the state, and society flourished. Writers attempted to emulate ancient models, particularly Cicero's language. The Latin language in the Renaissance became the most important means of scientific and cultural communication [4, 5, 6].

New Latin (1600–1900). The term «new Latin» came into use in the late 19th century to refer to the form of the Latin language after the end of the Renaissance. Latin was a compulsory subject in all European schools during this time period, and universities required applicants to have a working knowledge of Latin. New Latin was the language of cross-linguistic communication in Catholic and Protestant countries Europe, as well as in many colonies. Legal, diplomatic, scientific, and educational documents were written in Latin, because a text written in non-Latin could only be understood by a small number of people, while the Latin text could always and everywhere be translated. Lomonosov, Spinoza, Newton, and many others wrote their works in Latin. Latin was the official language in the parliaments of some countries (for example, in Hungary before 1848) [6].

Modern Latin (since 1900). Modern Latin is a version of the Latin language that was used from the early twentieth century until the present.

Latin is still a significant cultural phenomenon in the modern world. Many aspects of human activity would be impossible to imagine without this seemingly «dead language». If you look closely, you will notice that the scope of Latin is incredibly broad and diverse.

Latin as the official language is used by the modern Catholic Church. Latin has always been employed in medicine as a universal nomenclature of anatomy and pharmacology, as well as in the drafting of prescriptions. Knowledge of Latin permits doctors from all over the world to communicate effortlessly with one another. The long tradition of using Latin in medicine serves as a unifying factor for physicians around the world and for the unification of medical education. Latin is particularly important in anatomy and pharmacology. Every part of the human body has a Latin or Romanized name. The same is true for drug names; unity is especially crucial in this field because it is impossible to navigate the large sea of medicines without it.

By the beginning of the 20th century, Latin had virtually disappeared from everyday use, with the exception of some special areas where it is used as nomenclature:

— The reasons for the displacement of Latin are diverse:

— The priority role of the French language, since the beginning of the 19th century due to the leading role of France in the world political arena.

— The growing interest in learning foreign languages, the understanding of the fact that the Latin language is nothing more than an intermediary language, without which it is quite possible to do.

The movement for the use of Latin in modern life emerged in the early XX century as an attempt at a cultural revival based on rich ancient traditions and in line with movements seeking to achieve a more integrated Europe. An example was the revival of Hebrew, a dead language that was previously used exclusively as the language of the liturgy and written sources. The language, which was considered extinct for XVIII centuries, became the spoken language and the official language of the State of Israel.

In Europe and South America, there was a movement to use Latin as the international language of science. The 1st International Congress of Living Latin was held in Avignon, France in 1956 and gathered more than 200 delegates from 22 countries. In 1969, the International Commission for the Promotion of Latin Education was established, which included representatives from 26 countries. This movement, however, has not yet received official State support.

Education . Let us now consider in which countries Latin is studied as an educational discipline:

— Italy. Latin is a compulsory subject in secondary school, with almost a third of students studying Latin for five years.

— Greece. Latin is a mandatory subject for those students who plan to enroll in humanities universities.

— Spain. Latin is a compulsory subject for students in grades 11–12 who are enrolled in liberal arts classes.

— Great Britain. Latin is taught only in a small number of public schools.

— Poland. Latin is not a mandatory third foreign language.

To say that Latin can eventually regain its position as the international language of science and culture, today it is hardly worth it. The fact that the Latin language will live and develop in accordance with the necessities of our time, on the other hand, is unchangeable. This is confirmed by the fact that Pope Benedict XVI publicly calls for the development of Latin and the involvement of young people in its study.