Politeness and lexical means of expressing it in English 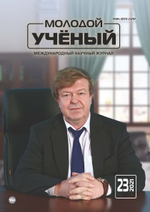 Human activity is impossible to imagine without speech communication. In order for a speech act to be conflict-free and friendly, it requires the presence of an element of politeness, which is one of the basic components of interpersonal communication. The problem of polite speech communication has always been relevant. Currently, much attention is being paid to this problem. Among the foreign researchers are P. Brown and S. Levinson, R. Lakoff, K. Christie, G. Kasper, among the domestic ones-I. A. Romanova, N. I. Formanovskaya, L. V. Khokhlov, T. V. Larina, A. Kharcharek and many others. In their works, they explore the category of politeness on the material of various languages from the perspective of tender, cognitive and socio-cultural aspect. In this article, we will consider the concept of «politeness» and the lexical means of expressing it in English.

Many people assume that they clearly understand the concept of «politeness». However, the definition of «politeness» is not as simple as it seems at first glance. After all, each person interprets it in absolutely different ways.: «Politeness is understood as national-specific a communicative category, the content of which is a system of ritualized strategies of communicative behavior (linguistic and non-linguistic) aimed at harmonious, conflict-free communication and compliance with socially accepted norms in interactive communication» [2, p.17]. She writes that different countries and cultures have their own understanding of politeness, which is reflected in the language. N. I. Formanovskaya writes: «Politeness is an ethical category abstracted from specific people, which is also reflected in the language, which, of course, should be studied by linguistics» [5, p. 77]. In dictionaries («Dictionary of Ethics») the concept of «politeness» is understood as "... a moral quality that characterizes a person for whom respect for people has become the daily norm of behavior the usual way of dealing with the interlocutor» [1, p. 46]. The encyclopedia of ethics has the following definition:"... this is a set of actions, the content and external manifestation of which correspond to moral principles " [3, p.39]. Based on all these definitions, we can conclude that politeness is respect for people, respect for the rules of decency and etiquette, a manifestation of good breeding, and it is an integral component of any communication act.

Modern English is dominated by a large number of stable expressions that are used for greeting, congratulating, refusing, thanking, saying goodbye, apologizing, and so on. Natural native speakers of English use them in appropriate speech situations automatically.

For example, in equal-social communication situations, polite forms such as:

In non-social situations are used:

Here it should be noted that in English there is no distinction between the pronouns «you». The pronoun «thou» is used only in the Bible or in poetry.

Speaking about the norms of speech etiquette, one should pay attention to addresses in English, which play an important role in interpersonal communication and can create a certain communicative mood between interlocutors. N. G. Tyrnikova writes that the basis of a polite communicative act is the etiquette framework, the main elements of which are the address when greeting and saying goodbye, as well as etiquette intersperses in the form of apologies, requests, thanks, etc. [4, p. 11]. The word «Madam «is used for the polite address of a man to a woman, the word» sir " («master») it is used when referring to a man who is equal or older in age, position, rank, or social status. This is how soldiers address officers, schoolchildren address teachers, salespeople address customers, and waitresses address restaurant customers. For example:

Good afternoon! I need a double room for three days.

Yes, sir. Give me your passport, sir.

«Sir» and «Madame» are the only possible forms of address those whose last name or official title is unknown. Please keep in mind that the last name must be indicated after the addresses «Mr» and «Mrs», otherwise it will sound vulgar and unethical. «Miss» with the last name is used to refer to an unmarried woman in England. The address «Miss» without specifying the last name is used by buyers in relation to sellers, visitors to waitresses, etc. Although recently such an address has become pejorative. In English, it is considered polite to address relatives by using the following words: diminutive-affectionate forms. For example, you can contact your grandmother:

To express a polite apology in English, the following linguistic units are used:

«I beg your pardon».

The most polite lexical units when saying goodbye are:

It was nice meeting you (glad was you see);

Take care (take care of yourself!);

See you tomorrow / next week);

— I'm grateful/ obliged/ indebted you for…

For expressiveness, adverbs are used.:

Thank you so much for...

I'm very/most grateful to you.

Stable phraseological expressions are also used to express gratitude. Let's list some of them:

Thank you from the bottom of my heart for...

My most heartfelt thanks to you for... (Thank you from the bottom of my heart for…)

For the official expression of gratitude, use the following phrases:

I would like to express my gratitude/appreciation (Let express to you gratitude).

Thus, we can conclude that the linguistic means of expressing politeness in each culture are different. They characterize both the individual speaker and the nation as a whole. The concept of «politeness» is complex. It includes a certain set of lexical, grammatical, and syntactic tools that are inextricably used in a communicative act. We paid attention only to the lexical means of expressing politeness when greeting, apologizing, thanking, or saying goodbye. We also realized that the politeness category is characterized by a certain level of formality, which is expressed using high-pitched and neutral vocabulary. Linguistic means of politeness are much less common in informal situations. I would like to conclude this work with these words: «Be polite to everyone!»