The Afghan Carpet Industry and its Effects on Household’s Incomes 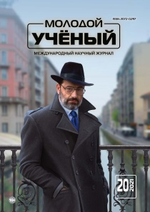 The aim of this study is to investigate (The Carpet Industry and its Effects on Household’s Incomes) In other words, the main purpose of this paper is to describe the Afghanistan’s carpet manufacturing and exports, and what is the carpet industry’s effects on families’ economy. The Primary data were collected in the form of interviews with respondent from some carpet marketers in private sector. The collected data was analyzed using SPSS V25 via multiple regression model; household’s financial resources being the dependent variable and carpet industry, advance receipts, loan factors, sales process and investors support being the multiple predictor (Independent variables).

Consequently, the research recommends that the carpet industry in Afghanistan;

Establishment of the ministry, specific policy in this area and the cooperation of the government and relevant institutions by encouraging domestic and foreign investment in the sector, providing small and large machines for carpet weaving, carpet washing and scissor washing in relatively easy conditions, provide raw materials such as wool, silk, paint, etc. efforts to improve carpet weaving skills by providing better educational and vocational conditions.

Afghan carpet and its market production is one of the long-standing traditions of Afghans and the source of income for most Afghan families. Carpet means red-gold, really has the rank of gold in our country. Weaving carpet is one of the most important and old industries in Afghanistan, especially in north of the country (Faryab, Jowzjan, Balkh, Kunduz…). However, it is one of the most important export goods of the country and has won the first position in important world exhibitions, but lately, the carpet weavers and producers are suffering from a lack of production and sales. The industry has decreased compared to a year back and it is in recession. The reduction of carpet export, in the last few years, has been threatened the job position of many carpet market participants in Afghanistan, especially in the Northern provinces . Carpets, like other goods, are those kinds of asset that have physical and social characteristics. Carpet is the important and historical handicraft of Afghanistan which its export, even in some cases influenced on restoration of the national economy of the country. The texture of the carpet in Afghanistan goes the Aryan civilization. (Wahid, 1390: 45).

It is said, that time the people of Afghanistan, by producing the best fleece, were making different kinds of carpets and ornamental rungs in the world.

The Afghan carpet trade was one of the largest trade during the Aryan period in that region even in the world. The Afghan carpet industry can be a great entrepreneurial opportunity in Afghanistan but now the industry is facing many problems.

In today’s economic situation, employment and income generation are considered one of the important matters in the national development policies. Significantly, the carpet sector is extremely labor intensive and millions of people are directly and indirectly employed and earn their income from this sector in major hand-made carpet producers and exporters from the Asian countries.

A Tolo News report shows that in the current situation, the technical workers of the carpet sectors in the country have been able to produce the best carpets, against low wages, in the world. Afghan carpets are still very popular in the world markets. On the other hand, an Afghan- UAE joint company strive to produce Afghan carpets with highest quality to improve the country’s carpet industry, and exports them in the name of first hand crafts to the world markets. So the financial system in Afghanistan has seen a rapid expansion over the past 20 years.

This study expresses to promote carpet weaving both as a cottage-based and commercial industry by adopting a dual strategy of encouraging and supporting the setting up of marketing service facilities either on a co-operative basis or as individual marketing units in the main carpet weaving regions outside the capital city and by adjusting economic policy to fulfil a function of export promotion similar to that of the main competitors.

The paper is divided into the following sections. First the nature of the carpet as a commodity and its production structure. Second, it shortly looks at the carpet market and trading system in Afghanistan. And the last, it briefly looks what is its effects in providing household’s financial resources. The term ‘ carpet’ comes from Old French ‘ carpite’ , and this derivation of the term states that the word came from Old Italian ‘ carpita ’, the verb form is ‘ carpire ’ means pluck.

The word carpet has many different meanings in different languages, like; in Uzbek language it is called ‘ gilam ’, in Urdo it is ‘ qalin ’ which is the same to Persian, and in Turkmen it is ‘ Halay ’ which means a large carpet that is made of yarn, wool or silk with different colors. Afghan carpet is largely dating from the late 19 th century by the Turkmen settlers in the North of the country with a major final influx from Bokhara after the Russian revolution in the 1920s. Turkmen carpet production is an important export, especially the Daulatabad, South of Andkhoi (Faryab province) carpet was noted for its best quality.

By the end of the 1970s the Northern cities’ carpet had risen to the first rung in all over the country in terms of quality. And also it is cleared that the designs derived as carpet production increasingly linked into international market. For example, Bokhara design production risen from 25 % to 70 % during the two decades (1970–1990). The carpets are constructed from the knotting of threads around longitudinal threads and hold the place by latitudinal threads. The choice of knotting depends on the weavers that which one has the fineness and brilliant quality. For instance, the silk made carpet has the high quality. On the other hand, the wool of Qaraqul sheep was used traditionally has the highest quality for weaving carpets. Afghan Turkmen carpet s are generally characterized by geometric patterns and elements, and associated with particular tribes and locations were part of distinctive weaving traditions has been a home-based manufacture. Many years back, in 1970s there were few factories which employed group of carpet weavers together to work under supervision on hand knotted carpet. Given the historical background, it is proven that Afghanistan has been an important center of slight industry and all kinds of carpet and the industry is one of the most important handicraft that despite it removes the internal necessities, it is widely exported to foreign countries. Nowadays, it brings 430 million dollars incomes yearly to Afghanistan economy. But 97 % of this product is being exported from Pakistan. While the industry declined in Afghanistan, the refugees used their skills during the time in exile to support themselves and their families by continuing their trade in Iran and Pakistan. Particularly in Pakistan conditions were favorable to start carpet weaving as a new industry and exported them to foreign countries, it caused the Pakistanis merchants popularity in the world. During the last twenty years this sector has, mainly due to the ‘imported’ skills from Afghanistan, grown to a considerable size and constitutes today the main competition for hand woven carpets from Afghanistan. Carpet weavers in family-based production units within a district could be assisted to form a co-operative that maintains contacts through modern communication technology in order to obtain orders from wholesalers within the country (trading establishments in Kabul) or, at a later stage, directly from importers in foreign countries. The buyers would be able to communicate through the co-operative their specific requirements regarding sizes, patterns, and quality giving the individual producers the benefit of keeping their production in line with market demands. The co-operative could also serve as a common facility for purchasing raw materials giving additional benefits to the producers. Generally, these co-operatives may be transformed into production centers into which the local labor force can be absorbed and from which the industry receives new impulses within the region. The soviet invasion and resulting war had a number of major effects on the market. Flocks of the sheep declined, the number of weavers also reduced as they escaped as refugees to neighboring countries, and weavers became reluctant to make the large size of carpets as soldiers had the habit of slashing unfinished carpets from the loom. There was an overall shift of production to Kabul and, as a result of a road container service established by the Soviet to London and other European destinations, overall exports rose again slightly to 14800 m2 by 1988. (Adam Pain). Since the beginning of the 20 th century the development of craft-based industries has progressed up to the time when the war against soviet occupation and internal disturbances interrupted all areas of business activity. Particularly the carpet weaving industry that prospered up to the 1970s suffered from revolution during the war time. Agriculturally, the women traditionally assist with raising animals and farming them and sheep, so the materials used for carpet, has its own economical values for household’s incomes. For example, the wool and yarn which come from the flock of the sheep are made of human resource efforts. The families foster those animals and benefit their wool. And women who are living in rural area Annually, Afghanistan produces around two million square meters of carpets and exports them to international markets like, Asian, European countries. Out of around million square meters of annual carpet output, about 60 % is produced in Northern provinces of the country, while the remaining quantity is produced in other provinces ( See the bellow chart, 1 ).

Carpets are produced traditionally at homes and normally they are sold through intermediaries that earn better profits than producers.

The costs of carpet production from the primary stage to sales involve different expenditures, as it is shown in the bellow digraph.

Since there are many kinds of tribe in Afghanistan, the carpets have particular design according the weavers’ geographical life. The bellow chart shows the kinds.

According to some researches and reports that I wanted to investigate the role of the carpet industry to financing families and its negative role for carpet weavers in Afghanistan especially in north of the country. In the north of the country most of the families are engaged in carpet weaving, providing their financial support. For instance, 60 % of Northern people are busy with this craft and earn money to support their family expenses.

Carpet weaving is the most important craft in Afghanistan with a considerable potential for employment creation. It is also a craft that has its traditional basis in rural areas where it is, after agriculture, the most important economic activity involving in some areas up to 35 percent of the locally employed population.

If the carpet industry is not given serious attention and the production reduced, it will cause a great economic blow to families and the companies. So the Afghan carpet industry needs serious action and specific measures taken by the stakeholders in the carpet sectors, because a vibrant carpet industry can play a vital role in promoting sustainable economy growth.