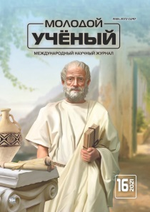 In this article, the author provides information on the study of such a phenomenon as subsidence in gas fields, its consequences, ways and suggestions for its prediction and control of subsidence, as well as increasing the safe operation period of wells.

Development and involvement in the exploitation of oil and gas fields, without taking into account geomechanical processes can lead to the formation of conditions for the emergence and implementation of destructive geodynamic phenomena: subsidence, earthquakes and, consequently, socio-economic and environmental damage, losses and underutilization of reserves of oil and hydrocarbons. This is confirmed by the accumulated by now world experience of both onshore and offshore (shelf) oil-and-gas developments.

For example: the most prominent example is the Ekofisk field developed in the North Sea, where more than 30 years of production resulted in seafloor subsidence over the central part of the field to a depth of more than 7 m, with significant technical and economic consequences. As a result, the seafloor subsidence, the foundations of a number of platforms and the outer wall of the oil reservoir were unacceptably low in relation to sea level, and work was required to increase and raise the foundations of platforms and build an additional, higher, outer wall of the oil reservoir. Significant seabed subsidence also caused deformation and damage to the pipelines and structures laid on the seabed. Over the course of several years, more than 70 remedial operations have been performed on production wells to repair fractures in areas of cementing, flattening, or casing failure. According to various estimates, the cost of these works exceeded $400 million.

It should be assumed that subsidence of rock formations and the surface (seafloor) above the worked-out reservoir has a significant negative impact on the stability and durability of the main structures, facilities and systems of oil and gas production, storage and transportation.

Depending on field size, geology and production volumes, ground deformation can extend over large areas and extend beyond the field itself. However, traditional ground-based methods are impractical and costly to provide such coverage with sufficient detail. A potentially time and regionally cost-effective solution for monitoring ground deformation is satellite differential interferometric synthetic aperture radar (DInSAR). This method determines sub-centimeter ground displacement rates over large areas by calculating phase differences between SAR images acquired at two different time points. However, the method of radar differential interferometry highlighted a number of problems that arise during the practical application of this method in assessing the deformation state of technogenic-loaded territories. So, in practice, the study of objects of technogenic loaded areas can be low-quality results, justified by the influence of the following factors. The main factors affecting the quality result can be attributed to the surface reflectivity, large amount of vegetation, wet climate, choice of reference point, in the absence of ground reference points, «screen» of atmospheric phase, change of image geometry, etc. Many of these factors affect the coherent picture, while another factor — image redundancy — increases time for creating interferometric pairs, and also during analysis of the effect of noise.

The following field as an example of a similar occurrence. Groningen field in the Netherlands. Recent studies suggest that the seismic hazard in Groningen is largely determined by shocks with magnitudes between 4.5 and 5.0, even with an annual probability of occurrence of less than 1 %. And the subsidence in 2080 in the center of the bowl could be 50 to 70 cm. In addition, the 3.4 magnitude earthquake that caused massive loss of public property in the region in January 2018 sparked a public outcry against gas production in Groningen. This prompted the government to further lower the gas production cap to limit seismic risks, while announcing a permanent closure of the field by 2030 [1].

I consider, that more detailed and comprehensive measurements of ground motion may allow for better characterization and control of the reservoir and a better understanding of the associated risk of subsidence and reactivation of the tectonic disturbance.

Oil and gas production changes the geodynamic state of the environment by changing subsurface pore pressures and stresses, causing reservoirs to compact and the surface to deform. Deformation of oil and gas fields can have adverse effects on the environment, infrastructure, local communities and the economy through subsidence, causing seismicity and well failure. Therefore, systematic monitoring is crucial for timely warning of potential threats and taking measures to prevent dangerous geodynamic consequences [2].

The induced seismic activity and subsidence in the Groningen area requires a more in-depth study of mechanical elastic parameters and lithological facies. Recently the well was drilled in region of Zeerijp and provided abundant dataset from the Permian and Carboniferous for analysis and ultimately help understand and characterize penetrated intervals.

The well need to be intensive coring and logging, resulting in a broad and diverse database of well logs, unconfined compression test, x-ray diffraction, petrography, routine core analysis, scratch test, computed tomography and triaxial compression test. These data with integrated use of the disciplines of rock physics, petrophysics, geology to analyze and construct 1 lithologic and 1 mechanical model based on data that describe the Permian and Carbonaceous Section of Groninghen.

The generated geologic-reflective lithologic facies model with the proposed workflow will be able to help build a more robust three-dimensional geologic model. The advantages of this methodology can be extended to help with more robust dynamic modeling. With an abundance of basic logging operations, the lithology can be easily identified and characterized and three-dimensional modeling with confidence eventually to confirm using direct core observations. On the other hand, core sampling operations are limited because of their cost. In addition, core preparation and Performing specifically mechanical experiments and studies is resource-intensive and time-consuming. Therefore, building a three-dimensional (3D) geomechanical model based on laboratory experiments with acceptable confidence is complex, expensive and time-consuming. Moreover, although (log-based) electrophase modeling is widely and routinely performed in the oil and gas industry as an input to static 3D models, integrating discrete and continuous mechanical measurements directly from the core, is not commonly practiced, thus creating a «mechanical» model of electrophocus.

Static or dynamic elastic properties are difficult to accurately predict from well logs because mechanical parameters depend on variables that are not directly measured by basic logging tools, such as pore shape, size and exact mineral composition. Thus, the log produced dynamic mechanical parameters must to be calibrated with elastic measurements from laboratory experiments [3].

Because of the enormous amount of data contained in the log suites from a collection of wells, it is necessary that electrofacies be determined by computer. This introduces the practical requirement that electrofacies be defined by a programmable algorithm. Electrofacies are superior to other types of reservoir characterizations such as lithofacies or hydraulic flow units (HFU).

Numerous laboratory tests should create an extensive database that will be analyzed to provide a more accurate prediction of the rock's response to depletion. The analyzed data, continuous and point data, should be interpreted and calibrated for input into the database for Modeling. Information such as XRD, scratch test, mechanical tests, and Hounsfield number are vital to the workflow to achieve more accurate and informative results.

Compaction in Groningen urges to find the way to model the reservoir geomechanically in order to understand his reaction by continuing to produce and deplete. Since there are only 12 years left of production, with a steady decline in gas each year, it is important to understand that the mechanical properties and field response to optimize the gas production plan while ensuring the safety of the environment at the surface during the process. So, the goal of future study is to improve knowledge of uncertain reservoir parameters and thereby facilitate more efficient reservoir development and more accurate subsidence prediction.